I must say, I'm the least perceptive person I know. Perhaps the phrase should be, "most inaccurate perceiver" or, maybe, "most half-baked perceiver".

I'd always imagined that the canopy of the Gare du Nord was 100% made up of glass panels. These panels would no doubt need to be represented as being opaque in any model because such panels would bound to be filthy.

But in fact, despite having looked at hundreds of pictures of the Gare du Nord, a very small portion of the canopy is glass. 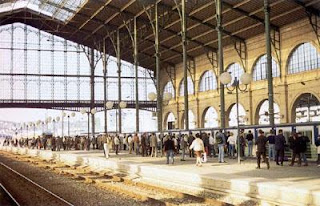 This issue of accuracy in perception relates to something I heard the contemporary classical composer Brian  Ferneyhough (born 1943 and now based in the USA) say in a Radio 3 interview this morning about perception in music.

Ferneyhough is the composer of radical and complex musical scores which seem to have hardly any antecedents. He is very highly regarded but seems fairly un-recorded. When asked what he hoped listeners would take from performances of his pieces he made the obvious, but no less telling, point that, especially in his compositions for large ensembles, different listeners would focus on different elements. Evolutionary pressures have taught the human brain not to concentrate on absolutely everything going on around them at any time but rather to focus on the sounds, smells and sights that seem the most important.

Likewise with music, what one listener will hear is different from what another listener hears because each will be focusing on different parts of the sound; one cannot hear everything at once.

Going back to canopies. What have I been focusing on when looking at all these photographs of canopies thus leading me to the overall impression that they are all made up of 100% glass panes?

PS Here's an amazing piece of trivia from Wikipedia. 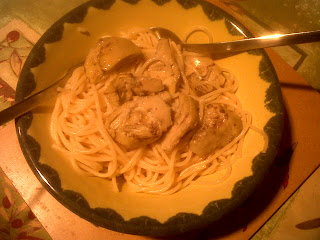 Artichokes and spaghetti washed down with tap water.

Still in this melancholic mood. So, I'm looking for pieces of music that fit in with that. 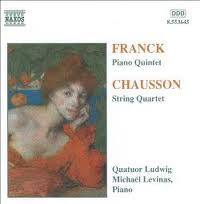 Forgive the pun, but I consider Cesar Franck to be a quintessentially French composer - beautiful, lyrical and with a hint of melancholy.

Almost 30 years ago, my parents took my wife and I to a "French evening" at the Henry Wood Hall in Glasgow.

It consisted of some French food in pseudo-sophisticated surroundings and afterwards one adjourned to the recital room where we all sat in a circle around a Steinway grand piano. The pianist was renowned and many of the audience (about 80 in total I would say) were in evening dress, bow ties, bejewelled frocks etc.

All I remember from that evening was that the pianist simpered before he started that "if we would forgive him" (sic) he would no longer be playing the such and such piece but instead one by Cesar Franck.

At this announcement, the posh woman sitting next to me - I don't think she was fluttering a fan - simpered in my ear, "Oh, the Franck, wonderful." There was a lot of simpering going on that night.