Fairly successful evening at the ceramics class. Successful in that I was purposefully employed for pretty well the entire time.

The pink walls of the Boulevard Haussmann building had been glazed with a satin finish and fired. I'm pleased with the effect. 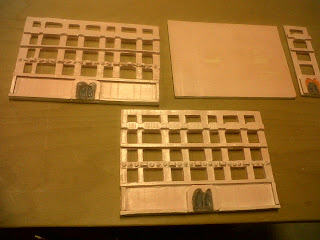 The next step is to either stick it all together with 'chemical metal' which is what I know as Plastic Padding.

Or, to add the features and window frames and roof first and then assemble it.

I've ordered the Plastic Padding from the internet - feel guilty about that, I should have gone to my local hardware store and given them the business.

I tried to roll the strip of clay with a rolling pin and then a large and stout cardboard tube; but in the end used the rolling press.

The clay has to be almost 2 cm thick if it's too stand up and not crack..

Here are some photos of the various stages of  preparing the clay. The cardboard model can be seen in some of the shots.

I'm not sure that the rest of the class is as impressed with this project as it was with my other pieces.

The next step is let the clay dry somewhat so that it does not spread around any cuts or indentations I might make. So, will leave it wrapped up in the damp cupboard until next week.

Once that was all done, I spent the remainder of the evening re-drawing the plan for a Parisian church facade I want to turn into clay at some point. 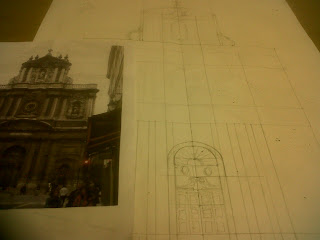 Rather sickening in its effects, actually. It was delicious but far too much to consume before spending an evening at the ceramics class.

It's usually sandwiches for lunch but today was at home, so had a leek and Gruyere tart with broccoli. 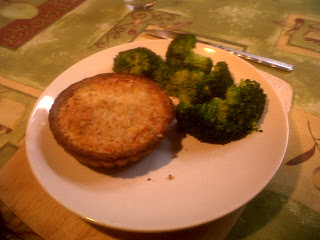 It was broadcast live on BBC Radio 3 iPlayer from a concert by the National Polish Radio Symphony Orchestra.