For ease of reference, here's a reminder from yesterday's blog of what I'm currently working on: the canopy for the station. 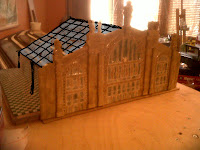 I'm using newspaper pages glued to card and will then mark in the metal framework with black felt tip pen - or, maybe, I won't use black. Mmmmh.

Despite being a regular buyer of newspapers, I still have in my mind the outdated idea that most pages in a broadsheet newspaper are filled with columns of regular dense print.

In fact, the print is broken up with colour pictures and all sorts of font sizes and font styles. 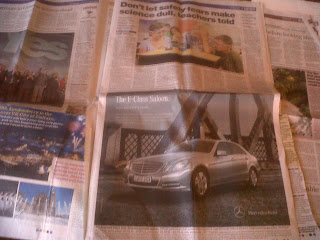 However, as luck would have it, this particular edition had 2 full pages devoted to listing the name of every person who had received an award in the New Year's Honours List. 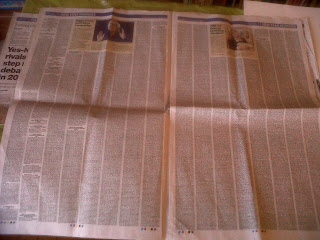 Used watered down PVA to paste the card and then, for good measure, to paste the newspaper itself. Will now leave it to dry and hopefully I'll then find a rigid rectangle for one half of the canopy. 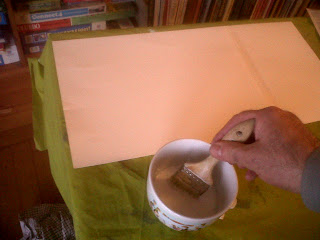 Undoubtedly, the most magnificent fish and chips I've ever had -  from the Wee Kelpie in Helensburgh.

I had cod and chips (the others took the Scottish route and went with haddock) and the cod was the best piece of cod I've had since a child - seriously. The batter was perfect, the chips immense, the gherkins huge and the mushy peas mushy.

Forgot to take a photograph of the actual meal but here is a picture of the shop - it's just a take-away. 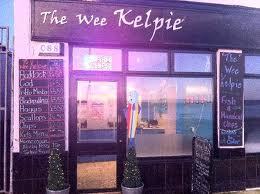 Even better, my brother-in-law paid for it all. 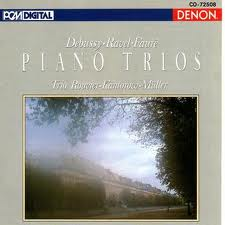 A bit of a confession: for years I thought this piece was by Faure. It was only when I sought out the  picture of the CD cover that I realised my mistake.

On a whim: artichokes sprinkled with grated Parmesan - bunged in the top oven for 10 minutes until the Parmesan melted. 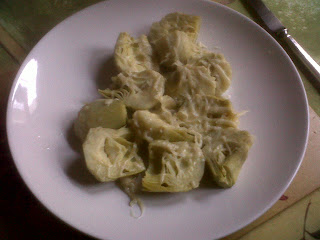