Take a look at the church  (with yellow background) in these two photographs. 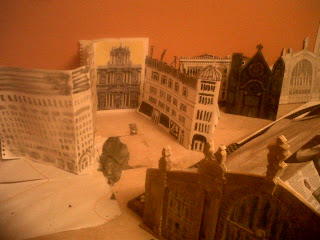 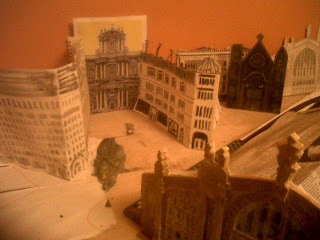 Technically speaking, the bottom version is more to scale than that in the top picture. Actually, even in this expanded format, it is still a bit small for a true HO scale representation. But any bigger and I think the church would have looked like a cuckoo in the nest.

Stroke of luck! Just found this photograph of the actual church in situ.


So, I positioned my card buildings to simulate the positions in the photograph and the expanded version of the church, in my view, looks OK. 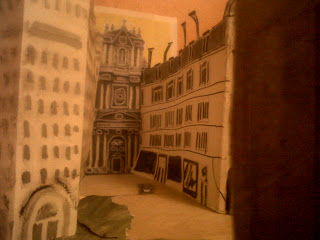 Note: that cupola with cross atop in the photograph of the real church is actually the pinnacle of a huge dome that sits behind the facade. I've chosen not to include that in my model. 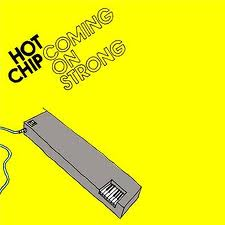 The album has the same title as a collection of Brenda Lee songs, "Coming on Strong" being, presumably, one of them. In my youth I loved Brenda Lee's voice. 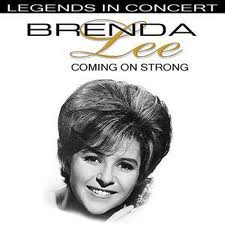 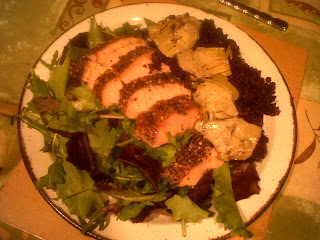 Smoked salmon slices, artichokes and black pudding, all on a bed of lettuce.