My New Philosophy of Life

At last moved the stuff - boxes, picture frames, a trunk, bags, files and more boxes - that had been piled up for 18 months in the centre of the floor; now it's all under the railway baseboard. This had always been my plan but I've had to put it into action  so that I can receive my specialised one-to-one Tango lesson next week.

The room is now almost a perfect Tango studio.

I say, "new", but I've been working towards it, pretty well unconsciously, for the last couple of years. It's a philosophy that most people already adhere to and indeed practise. For various reasons, I have never been able to adhere to it nor indeed approve of or admire it. But events have pushed me into a whole scale adoption of it - with one reservation.

I felt myself coming under its control a couple of days ago when I became aware of a real threat to my well-being. After one sleepless night, I declared that enough was enough and that the tyranny must end.

I recounted all this to my squash partner, Bill, this morning and he was, to my surprise, very impressed by the whole thing.

Basically, the idea was planted in my mind several years ago by a businessman (who has since become a friend) for whom I was doing some bookkeeping. Due to a cock-up on several fronts, a tax return of some kind was submitted late to the authorities and a £500 fine imposed. It wasn't clear whose fault this actually was but I felt awful and said as much to my friend, although, in fact, he accepted the responsibility. I was surprised that he didn't seem at all pissed off by the turn of events.

His response, and I've never forgotten it, was : "Well, Tony, there's no point feeling shit AND being fined £500."

In other words dislocate one's feelings from the event.

I knew immediately that this was the most profound statement I'd ever heard and that I should lead my life by it.

When I told Bill this, he immediately agreed with my assessment.

As I say, that was several years ago, and although every day since I have dwelt on the statement, it has not been until the last 24 hours that I have felt its force rush through my veins as a reality.

What comes to mind is the old Pragmatist saying: "A man who does not act on his beliefs does not believe." . Well, now I find myself acting on the statement.

It ties in with my Christian beliefs:

"Jesus, I trust in you." see earlier blogs.

My one reservation is this: can I apply the philosophy to the case where it is someone else, perhaps a loved one, who is suffering?

The answer must be a resounding "Yes".

What is important is that one lives one's life caring for others. There is no benefit achieved in torturing oneself over an other's misfortune.

"For, I desired mercy, not sacrifice." Hosea chapter 6 vs 6

"I desire mercy, not sacrifice." Matthew chapter 9 vs 13. 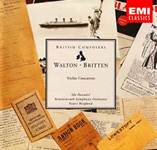