Mucked around with a bit of clay at the ceramics class tonight. Wanted to explore some of the structural issues that I might encounter with the final version.

In particular I wanted to explore issues relating to the construction of the roof or rather the perching of the roof on top of the wall of the building.


Will write about lessons learned from all this in tomorrow's blog.

PS The plastic box I referred to yesterday is too small. 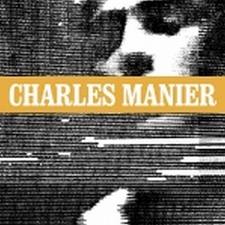 Unusually for these days, can find almost nothing about him on the internet except for the following passage.

"The Ghostly International label unleashed Charles Manier upon the world through the Tangent 2002: Disco Nouveau compilation with "Change You," a seemingly lost track from the heyday of early-'80s, New York City-based clubs. A few months after Disco Nouveau's release, and shortly after another stellar compilation appearance (with "Out Like a Tooth," on Ersatz Audio's Misery Loves Company), Manier's Ann Arbor-based outlet issued Bang Bang Lover, a three-song 12" that placed the fields of electronic body music and electro-industrial on a skewer. As with most of the other releases bearing the stamp of Ghostly, it combined wit with skill and intelligence." ~ Andy Kellman, Rovi


I can't remember how I came to download his record, but I frequently listen to it.
Posted by Tony Morris at 15:48