The Power of the Rough Sketch

I was listening to a discussion on Radio 3 this morning during the course of which, and just as an aside, one of the participants said that they had always been impressed by the unfinished or draft sketches of artists. They had a certain power and in her view merited being framed and put on a wall.

I feel exactly the same and, might I add, often on coming across a preliminary sketch by an artist and then looking forward to seeing the finished article have then been disappointed and wished that the artist had stopped 3 weeks earlier with the preliminary sketch.

One could speculate as to why this is the case. Perhaps because the sketch is executed near in time to the creation of the original idea it thus reflects the power of that creative impulse. Further development of the sketch then suppresses and constrains the evidence of that creative power through the application of rational (and perhaps, laboured) technique.

Anyway, what I had intended as a rough 'sketch', so to speak, of a city apartment block in late 1950s France now seems to me a perfect fulfilment of what I've been aiming at. Why try to improve it by turning it into a piece of ceramics?

On the other hand, I believe that there is a straight-forward technique, available in my ceramics class, for transferring photographs onto ceramics. Maybe that would give the best of both worlds.

A reminder of the current state of play. 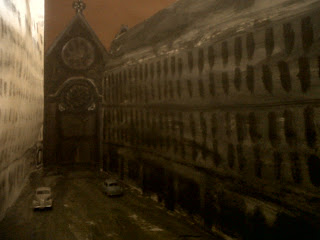 Quite frankly, in terms of quantity, a disgrace, I must cut down on portion size. 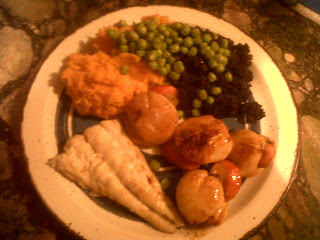 Yesterday, downloaded on iTunes 3 Lily Allen songs: Smile; Not Fair; and The Fear.

The Fear is a great pop song. Would not have been out of place if released back in the 60s. 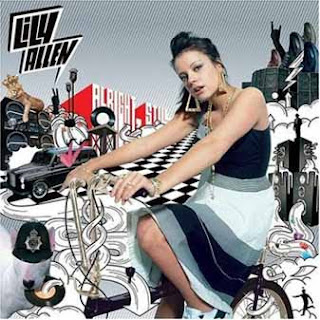