Preparing for the Ceramics Class

In a bit of a rush and left things to the last minute for tomorrow night's ceramics class.

Fished out the small scale sketch I did some weeks ago of a Parisien/Haussmann style block of  shops and apartments. 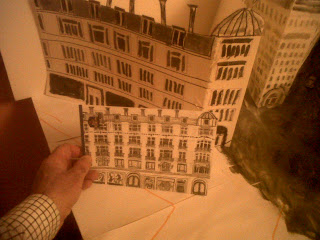 And held it next to a larger cut-out building.

My feeling is that the larger one is too large and that a compromise between the two is what is required.

So I used the photocopier to enlarge the more detailed smaller version by a factor of 135% and then 150%.

The tree and car both seem slightly too large against the 135% expansion.


The car seems OK against the 150% expansion but the tree seems too big. 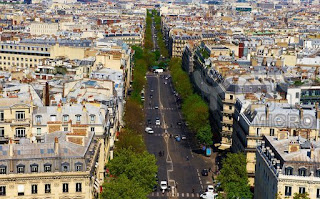 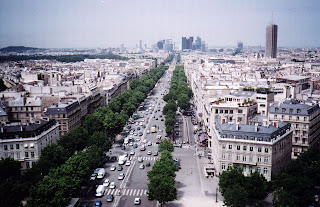 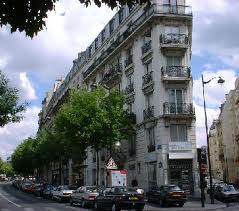 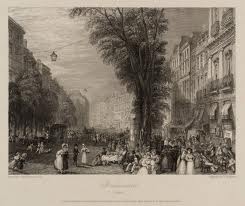 Bearing in mind that my HO scale trees represent fairly mature large leaved trees, I think my conclusion is that the model will have to be expanded to 175%.

I think the 175% expansion looks about right.

2) Never again see a film at the cinema based on a recommendation in either the Guardian or Observer newspapers. Since I know where the percentage key is on the laptop I can say that over many years  I have been duped by these newspapers 100% of the time. BUT NEVER AGAIN.