Yes, the glue did manage to stick the "Bar" sign to its supporting section of white plastic ducting. However, the superfluous glue that had been squeezed out of the joint when the two pieces of plastic were clamped together still hadn't dried or hardened after 5 hours. That puzzled me; I thought this stuff was meant to dry instantly. 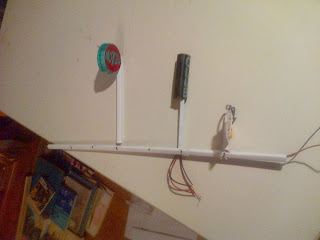 Getting addicted to Golden Teacher.

Here are links to two very amateurish videos of them performing. In the first, which is apparently their first live performance (Oct '12) the singer's microphone never actually works; but the energy is not diminished by that.

The second seems to have been a performance in Glasgow's Grand Ole Opry. 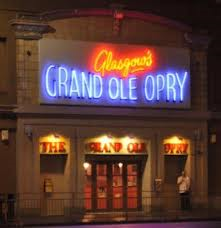 Forgot to photograph it but it was steak pie and 3 veg.

So much left over that it will be tonight's dinner as well.

After a promising start, had to give up on V S Naipul's "The Mimic Men"; it descended into a long, dirge like account of political life on an imaginary Jamaican island.

Instead turned to this: 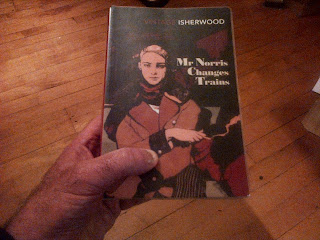 Nearly blown off the bike today.

Here's a photo of a chap trying to get on his bike in Patagonia - apparently there is a strong and steady wind during the daytime there. 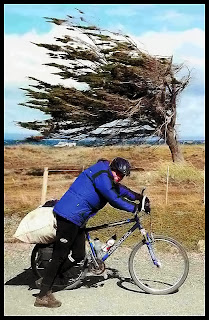