The Virtue of Tidiness: re HO scale model railways

I hate working in a mess. Unfortunately, my attitude to DIY, of which model railway-ing is a subsidiary, is precisely that, messy.

The source of the problem is that I don't (can't be bothered) putting things away once I've finished work for the day.

This state of affairs is both depressing to look at and impossible to work in; and is a constant reproof which further saps one's energy. 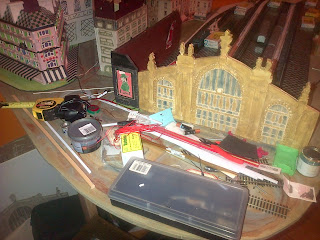 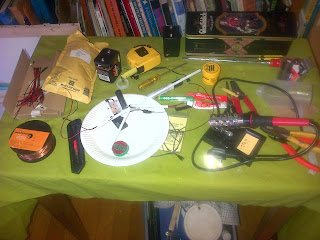 So, having tidied up both these areas: 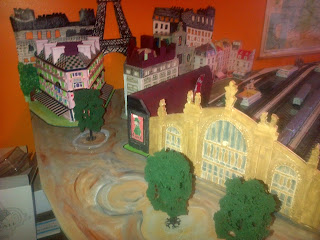 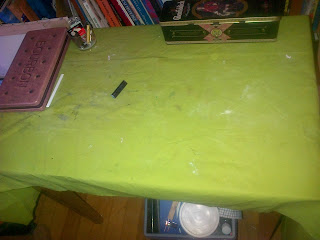 my new resolve is this:

Only set out the items that one needs to complete a specific task AND put all of those items away once the day is over, EVEN if the task itself has not been completed.

My new motto is:


Leave work-surfaces clear at the end of each day.

Desert Island Discs on BBC Radio 4 with, as guest,  Gillian Clarke, the National poet of Wales.

For her first record selection she chose that most beautiful of Welsh choral pieces, Myfanwy, sung by the Treorchy Male Voice Choir.

Later, she made an observation which tied in with the development of my thinking over the last 11 months, namely, that one should endeavour to enjoy oneself at all times, unless there's a bloody good reason for not doing so. Or, in today's parlance, happiness should be one's default position.

Her observation was this:

When asked by the host, Kirsty Young, how she could explain the combination of her chirpy optimistic exterior alongside her frequently melancholic verses, Gillian Clarke said that one can only be melancholic about life if one believes that life should be joyful. Otherwise, there would be nothing to be melancholic about.

Was doing some research into the Peugeot cycle that I spend most of my time on these days.

On the diagonal steel tube there is this logo: 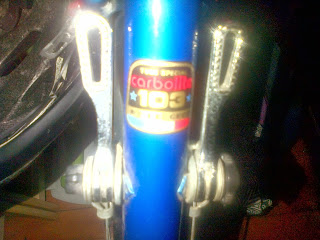 Apparently, you can buy the sticker on eBay for £6.99. 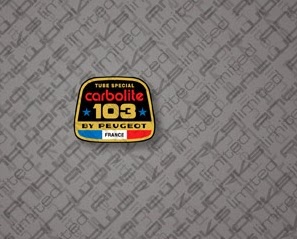