For some time, I've been thinking that the green colour of the ceramic church roof is not right. It would be better if it was painted a grayish colour similar to the rest of the church building. The plan was to cover the green with the Metal Cote and then later apply a few coats of Mod Podge - see earlier episodes of blog re Podge. 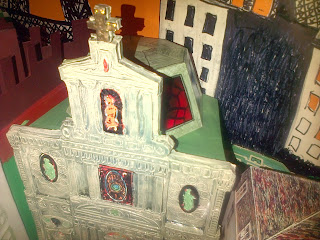 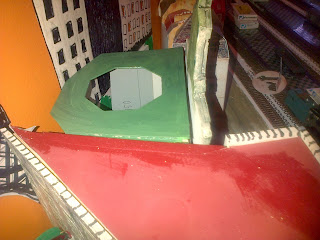 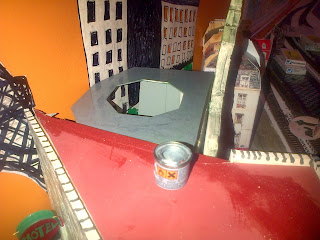 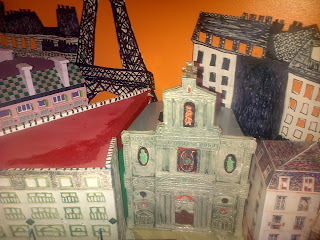 I was so pleased with the result that I decided to silverise the flat roof of the adjoining building and some unpainted areas surrounding the church. 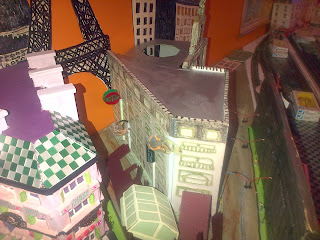 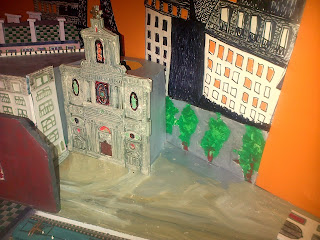 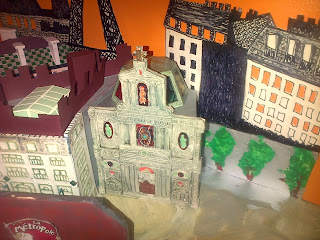 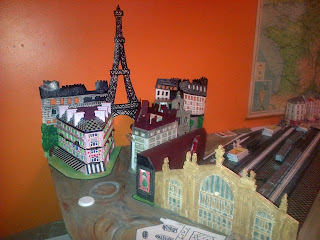 And, since the tin of silver paint was open, applied a coat to the roof of one of my Budd carriages - the one that had been darkened by being over-painted by the person who sold it to me on eBay. 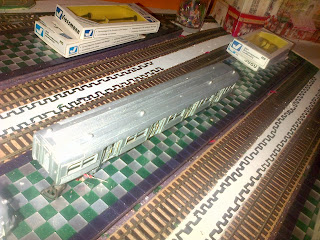 Acquired this French poster yesterday from my sister. A superb evocation of a French cafe. I've found a good place to hang it so that it adds atmosphere to the layout. 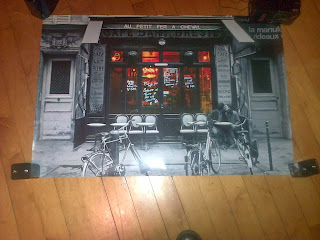 The usual stuff on Soundcloud.

If you follow the link below, you'll find out something about Soundcloud and their Berlin offices. 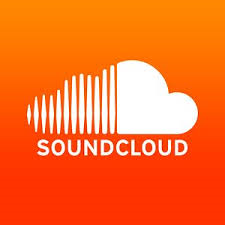 Forgot to take photographs but it was a traditional Christmas dinner at the house of my niece's family - where we've been for last few years.

Despite the fact that both my niece and her husband were loaded with the cold I can honestly say that the meal was their best ever - fantastic.

I'm not at all keen on reading loads of text on a computer screen, but this article was so relevant to my philosophy of mind studies that I persevered and read it to the end. Here's the link.

It was written in 2002 by Chris Eliasmith.

He states the Functionalist argument for a computational model of the mind as follows:

That in itself was helpful.


P    Premise 2 can only be true if computational systems is meant in its concrete formulation. But, in that case, premise 3 becomes false because Turing machines only refer to abstract formal requirements of a system and not to any particular concrete implementation of that system.

Bit of a coincidence that this week, Alan Turing should receive his posthumous Royal Pardon.

Late afternoon, as the light was beginning to fade, I went on a 60 minute cycle around the north side of Glasgow. 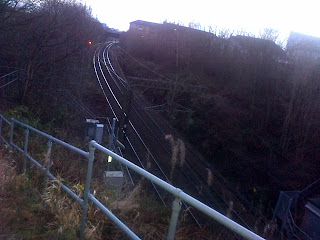 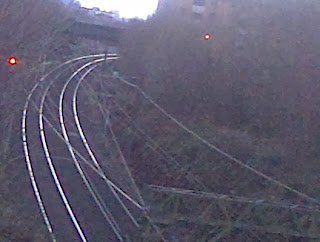 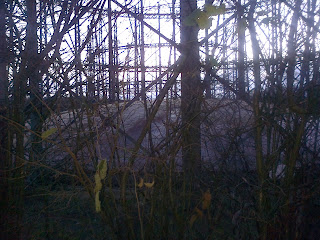 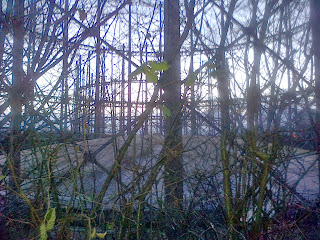