Here is a suggestion for installing HO scale street lighting made by Frizinghall Models & Railways (FMR) in their "Model-IT" series. It's possible that what I have to say is relevant to other makes of lighting: especially where the lights have to be wired up in pairs with an additional resistor. 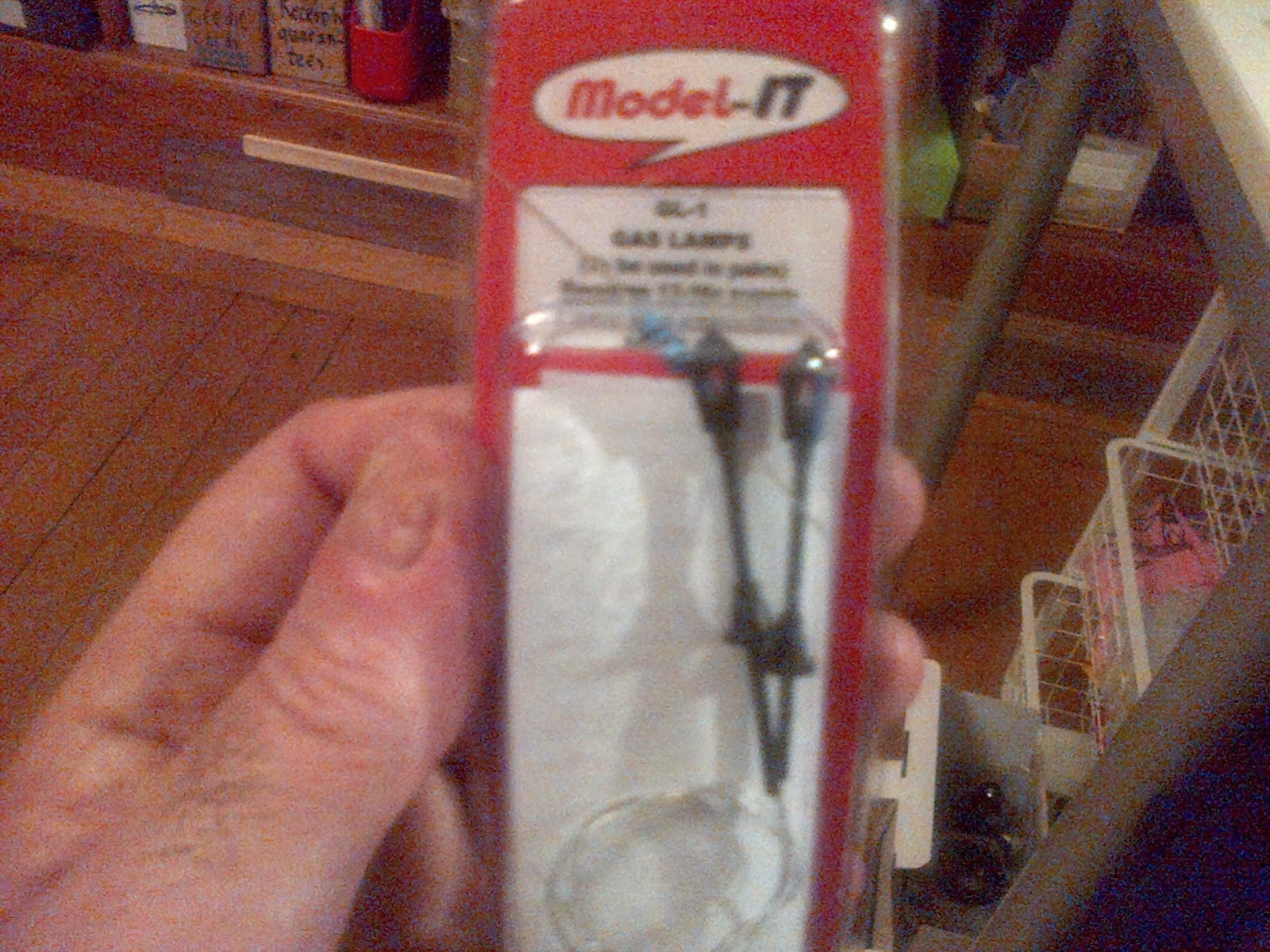 1) There are several challenges to be overcome. But they all derive from my wishing to avoid working underneath the baseboard.

The lights have to be wired as a pair in conjunction with a resistor and this involves working underneath the baseboard unless one can devise a method for avoiding that. 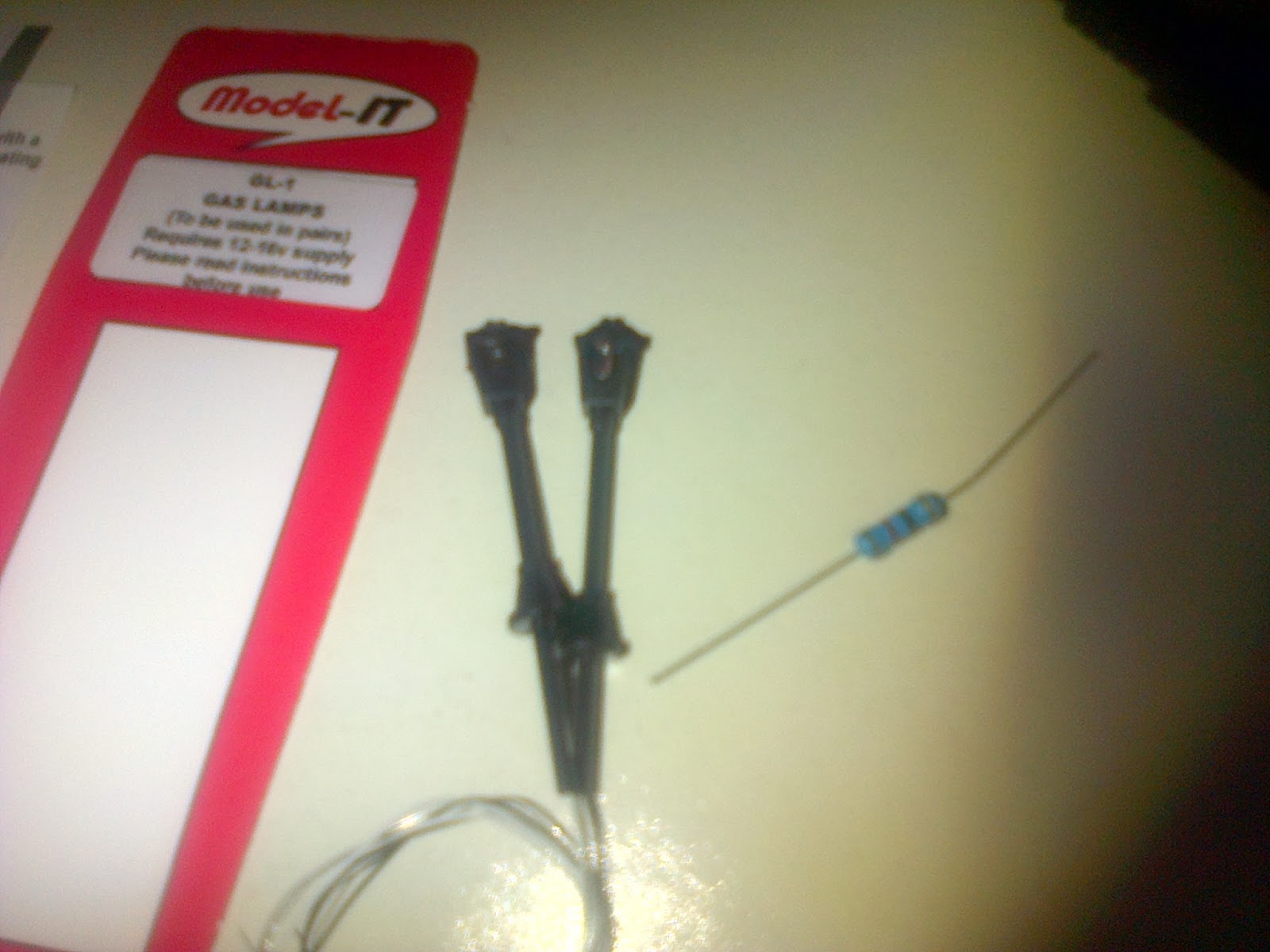 Here is the wiring diagram provided by FMR:

If you want the wiring to be channelled underneath the baseboard, and I do, as opposed to it running along the surface of the board, then it is NOT possible to make that connection at position A BEFORE the lights are installed. Instead, one would firstly have to physically install the two lights in position on the baseboard and then thread the wires from each light through its installation hole and then crawl under the baseboard to make the connection plus the connections to the resistor and the power supply under the board.

I hate working underneath the baseboard - especially with a soldering iron. 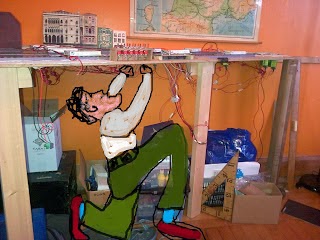 In the early days of the construction of the layout I devised a method for avoiding this problem: by having a hinged baseboard. 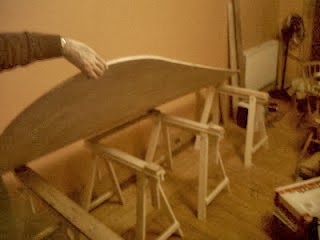 And so it was easy to install wiring under the board while standing up. 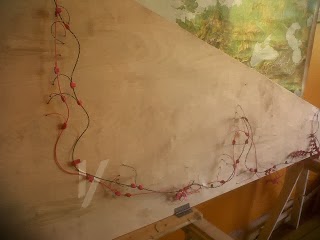 
2) Where the lights were to be positioned:

The red arrow in the above photo is pointing to the entrance of the "Hotel de Paris". The two lights are to be positioned there.


My plan was to fully wire the lights beforehand and then push them up through the two drilled holes and into position.

The holes had to be 11 mm in diameter to accommodate the size of the lanterns at the top of the posts. 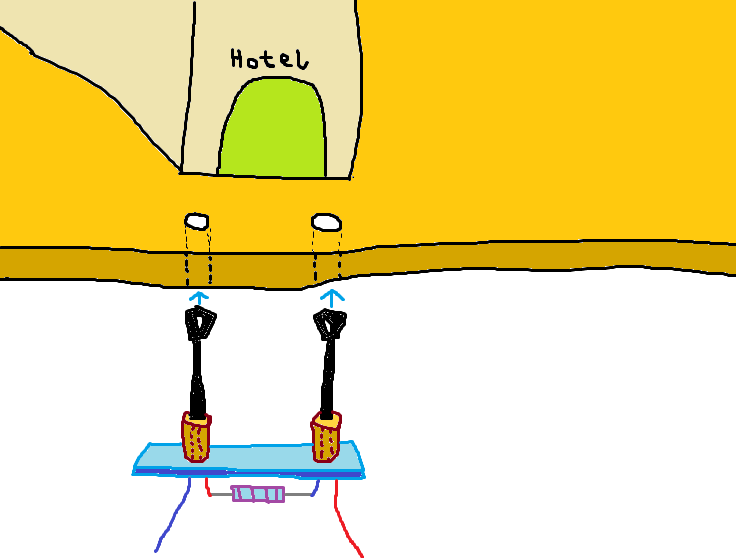 3) Constructing the wooden cradle for the lights.

To make the solution as compact as possible, the resistor is located between the two lights. The light blue plinth was cut from a strip of balsa wood. The lights sit on two cylinders which will end up fitting snugly into the two drilled holes in the baseboard. These cylinders were made by drilling holes through wooden dowelling. 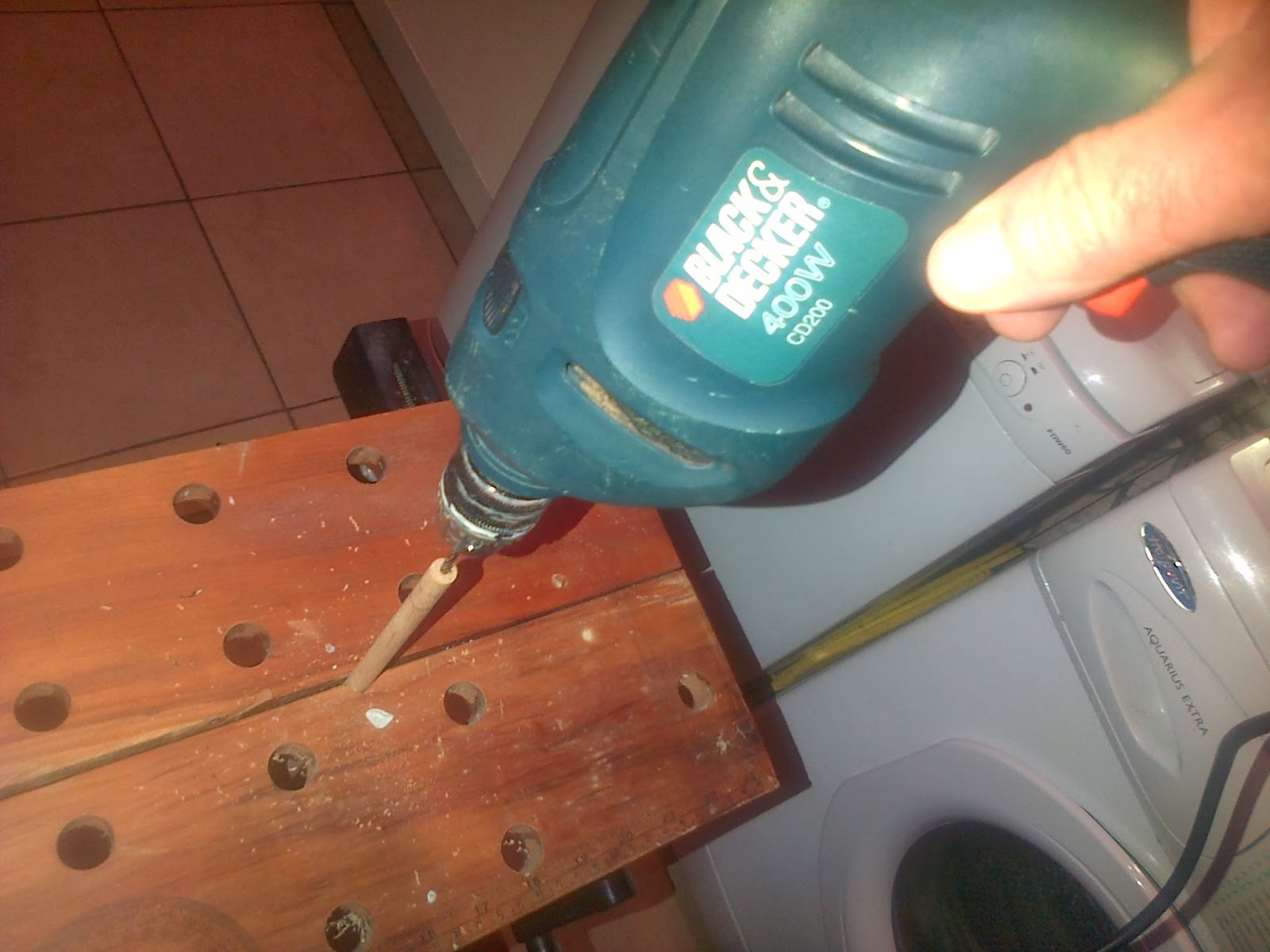 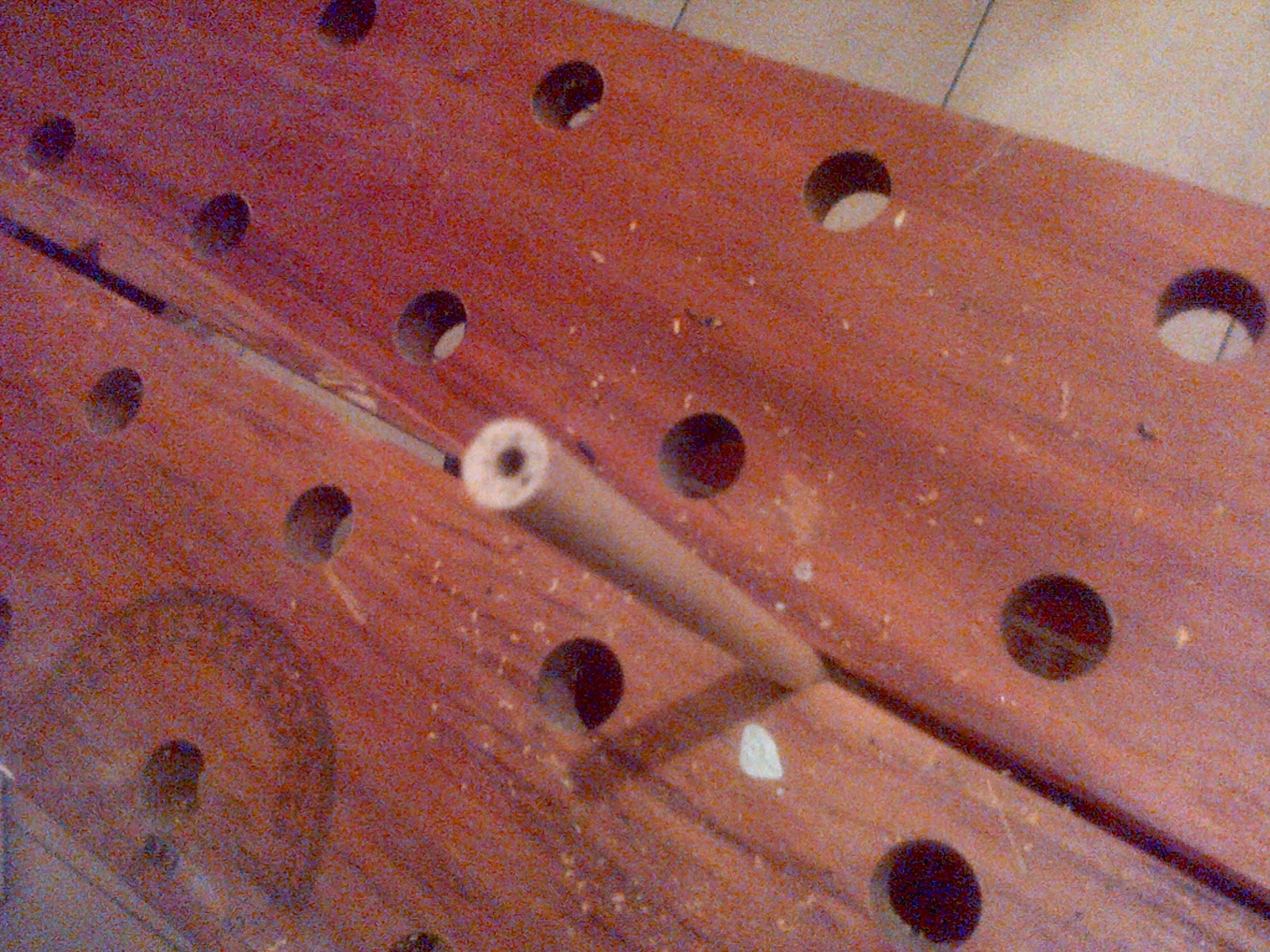 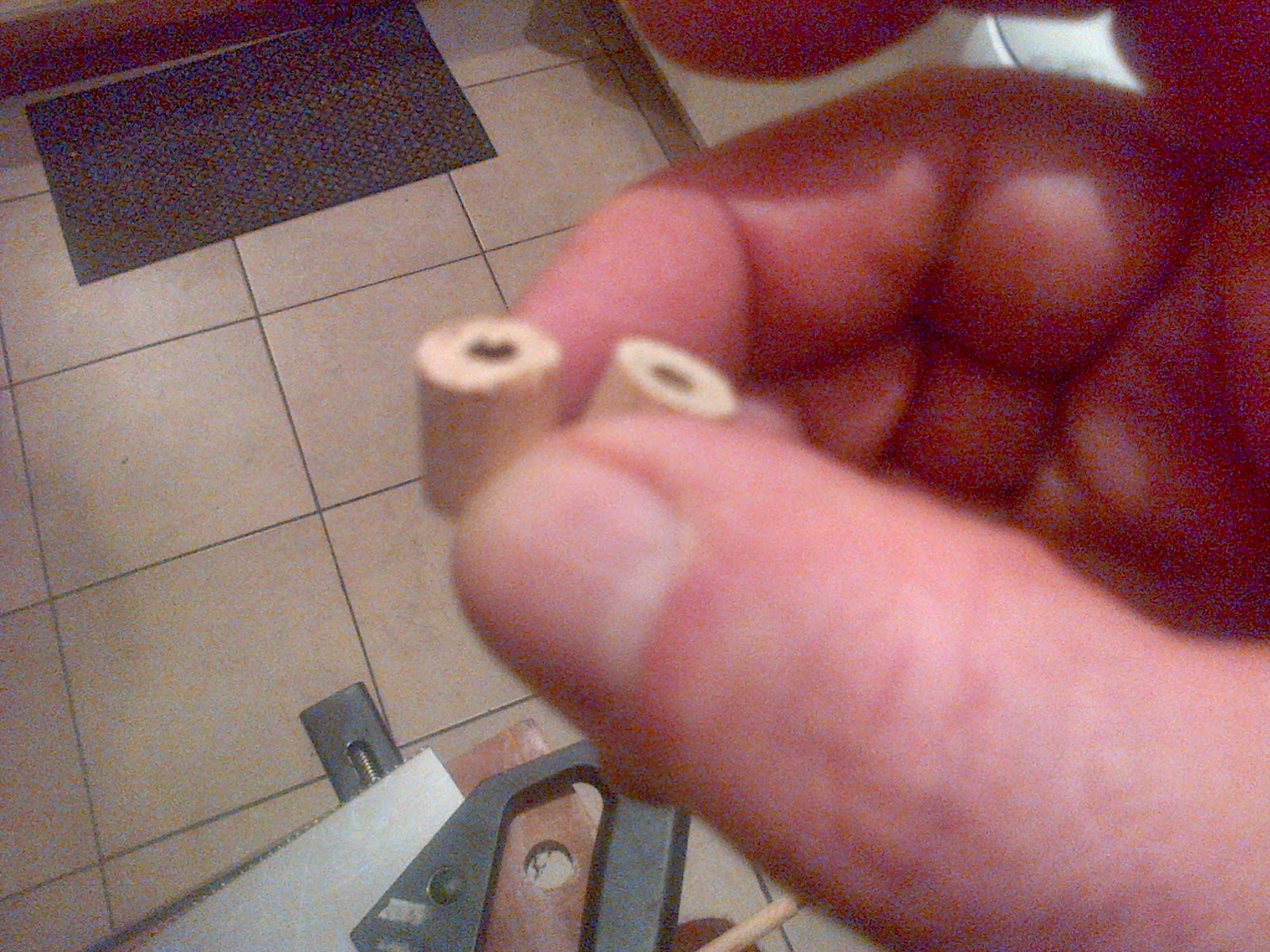 The wires that come from the base of the FMR lights are EXTREMELY thin AND only one of the two wires is insulated. To avoid short circuits I decided to use heat shrink to cover the bare wire.

Heat shrink is fine rubber tubing into which you insert a bare wire or a bare joint.

The tube then grips the wire once heat is applied to it, normally by using a hair drier.


The short section of heat shrink in the above picture covers the solder joint connecting the very thin wire coming from the lamp post to a more robust wire which leads to the power supply. This extension of the wiring so as to reach the power supply is an absolutely essential step to take BUT one that I would find too awkward to execute underneath the baseboard. However, using the approach I'm describing, all such ancillary soldering tasks can be done beforehand.

And fortunately, the lights worked. 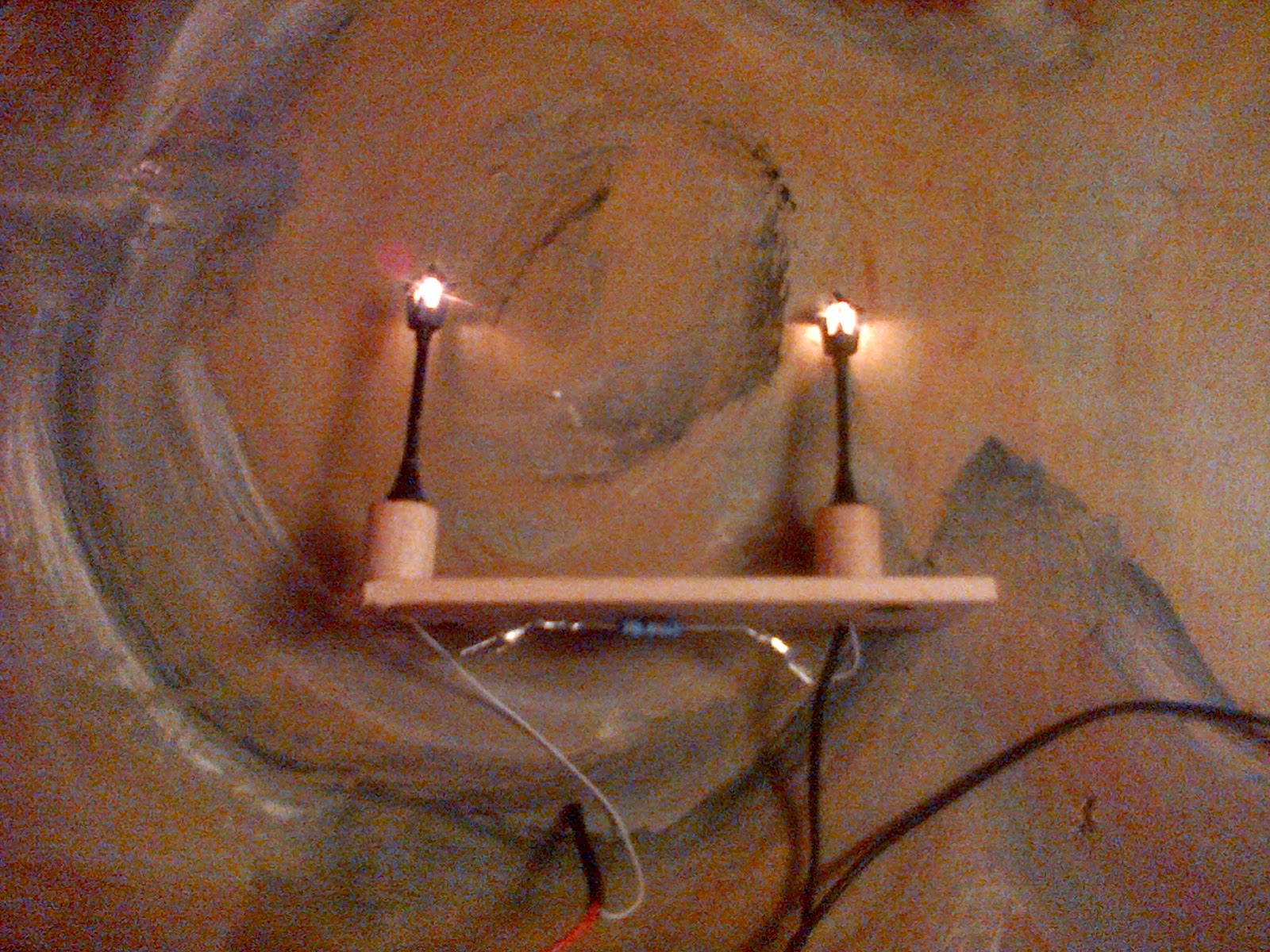 All that remained was to go under the baseboard - but only for a moment - and push the two lights up through the two holes prepared for them. The top of the wooden plinth was given a blob of glue which stuck to the underside surface of the baseboard. 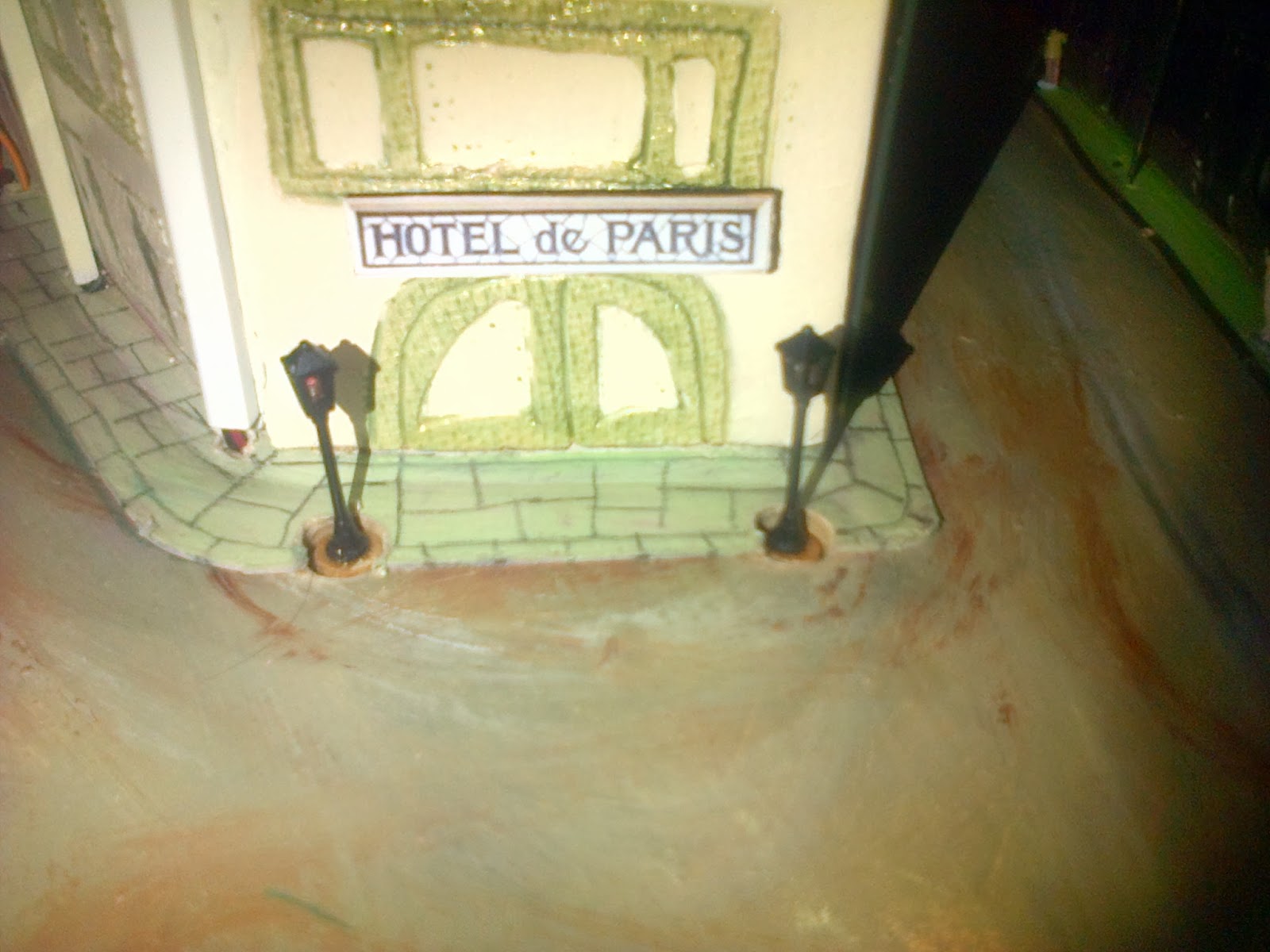 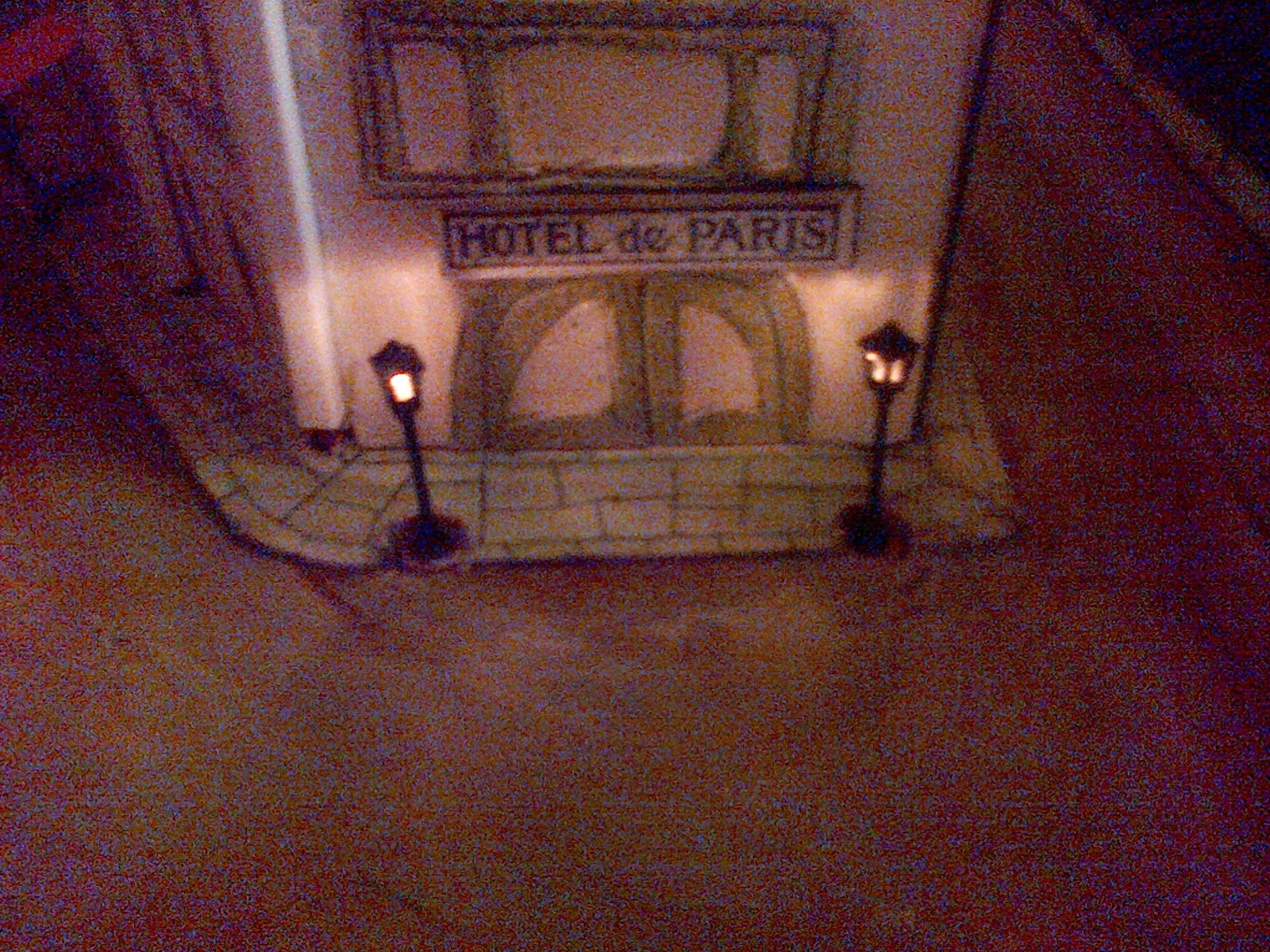 I hope I've described the method clearly. If anything is unclear, please send questions using the "comments" facility at the foot of this episode of the blog and I'll amend the description. 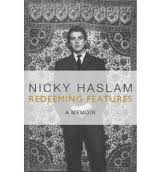 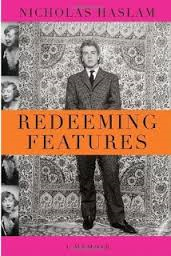 This memoir was great. It started off on a plateau of stylistic brilliance which it stayed on for the first 5/8ths of the book. To be frank, the rest of the book was not much more than a litany or even list of celebrity names and so there was almost no opportunity for the Haslam prose style to shine through. But, he redeemed himself on the the last couple of pages where he describes a return visit to his childhood home over half a century after last seeing it. Nice symmetry, since the book begins with a description of his looking out of the same window.

Off to hand drumming workshop this afternoon.