I've decided that the so-called entrance to my HO scale Parisian basement Jazz club is too innocuous.

See the yellow and red hoops in pictures below. 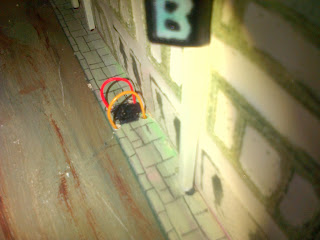 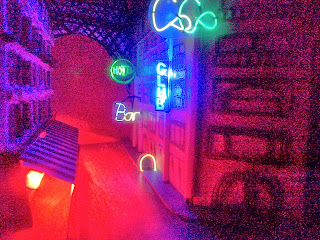 So, I was wondering if a pair of lampposts flanking the entrance might add some focus.

I have about a dozen of such lampposts. 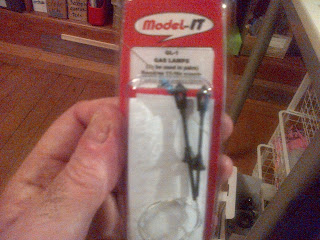 The problem is that they are fiddly to wire up. Firstly, they have to be wired as a pair in series with each other and in series with a resistor - which the manufacturer supplies. Secondly, for some unaccountable reason, one of the two wires from each light is UNINSULATED, so the potential for such wires touching each other and causing a short circuit is high. Thirdly, I'm scared that drilling holes in the baseboard so as to accommodate the lampposts will disturb if not destroy the two electroluminescent hoops that the lampposts will flank. 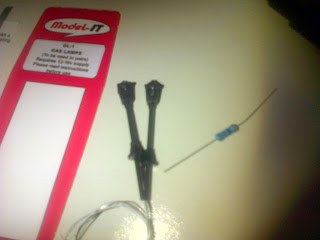 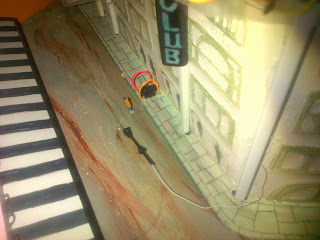 I thought that I might ask this little chap to carry out the installation. 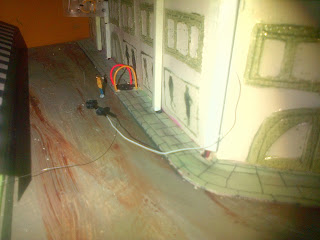 The only solution will be to remove the two hoops and then re-install them once the holes have been drilled.

A task for tomorrow.

A double CD by the ORB purchased second hand earlier today from Oxfam. 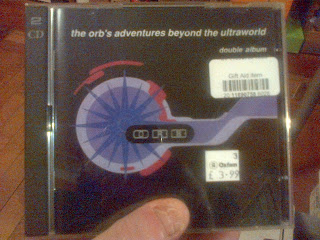 The CD contains the seminal "Little Fluffy Clouds" a masterpiece of sampling.

That song merits its own Wikipedia entry of which this is an extract.

"Little Fluffy Clouds" is centred on clips from an interview with Rickie Lee Jones in which she recalls picturesque images of her childhood.


Interviewer: "What were the skies like when you were young?"

Jones: "They went on forever – They - When I w- We lived in Arizona, and the skies always had little fluffy clouds in 'em, and, uh... they were long... and clear and... there were lots of stars at night. And, uh, when it would rain, it would all turn - it- They were beautiful, the most beautiful skies as a matter of fact. Um, the sunsets were purple and red and yellow and on fire, and the clouds would catch the colours everywhere. That's uh, neat 'cause I used to look at them all the time, when I was little. You don't see that. You might still see them in the desert."

Jones' record company was upset at the unauthorized use of her voice and pursued the issue in the legal system. However, when Jones herself heard it, she is reported to have disagreed, saying: "What the hell you doin'? This is good!" Big Life chose to settle out of court for an undisclosed sum of money for use of her voice on The Orb's recording.

The song also uses a harmonica sample from Ennio Morricone's The Man With The Harmonica (from the film Once Upon a Time in the West) and parts of Electric Counterpoint, a piece for multitracked guitars composed by Steve Reich and recorded by Pat Metheny. Reich was "genuinely flattered" by The Orb's use of his work and instructed his record company not to sue. Alex Paterson also suggested that the drum track is sampled: “If anyone actually knew where the drums on 'Little Fluffy Clouds' came from, they'd all just die, but I'm not at liberty to tell. Record companies have always warned me, ‘Don't tell anyone where you got your samples until we get them cleared!’”. He later said that the drum track was sampled from Harry Nilsson's album Nilsson Schmilsson.

Also purchased from Oxfam this morning: 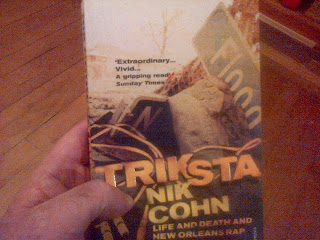 The book is an account of 55 year old rock journalist, Nik Cohn's time in New Orleans getting involved in the world of Black Rap music.

From the blurb it emerges that earlier in his career Cohn wrote the book upon which the film "Saturday Night Fever" was based.

Too windy for bicycle travel today so used a succession of buses. 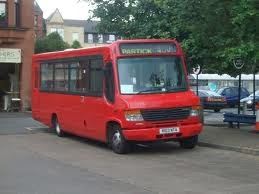