The great variety of chickens available at the average French butchers is a great attraction for me. I'm sure they taste as chickens did 60 years ago in the UK. They lie on the counter in all sorts of shapes and colourings.

Prior to dinner, I drove 10 miles to the little village of Cazaux for Mass. The depressing shortage of priests in France means that such a drive is now standard practice for the devotee; and, of course, the priests are all well beyond retirement age. 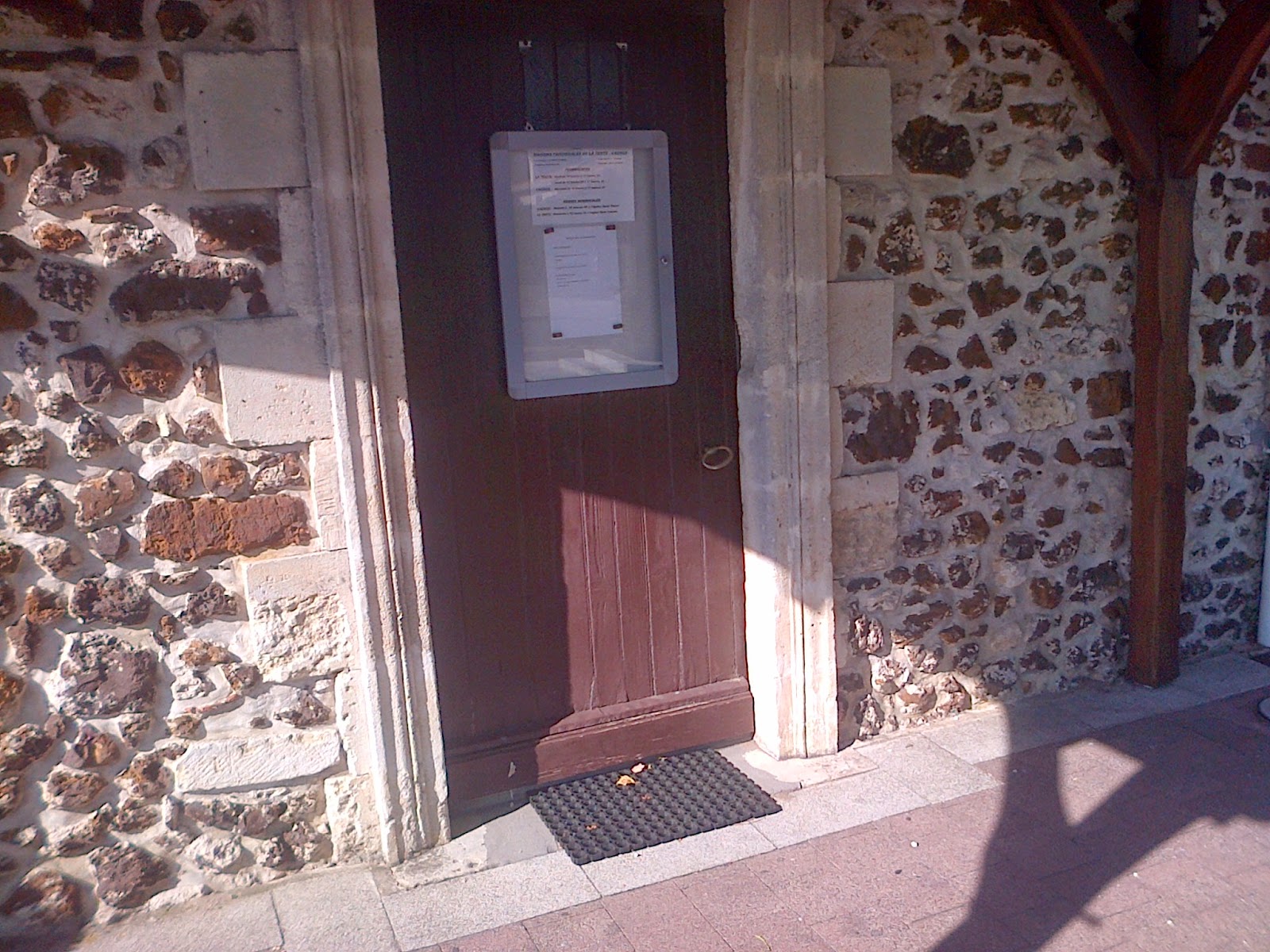 This morning, just couldn't face the 191 steps (382 if you count the return journey) plus the double-trudge through the dunes to get to the beach. "Sorry, Jock, I'm a wimp." I wonder if he had been standing bellowing at my bedside this morning, I'd have made the effort.

Instead, I headed for the take-off area at the top of the cliffs which the para-gliders use. Nobody there at 7.30 this morning. It's a bit near the camp site and there was total silence but I decided to risk the wrath of any camper that I might waken and set up my stool and stand.

Maybe just as well I didn't go down to the beach as I would have had to get out the way of a black vehicle moving at speed along the sands - some kind of beach warden, I presume. 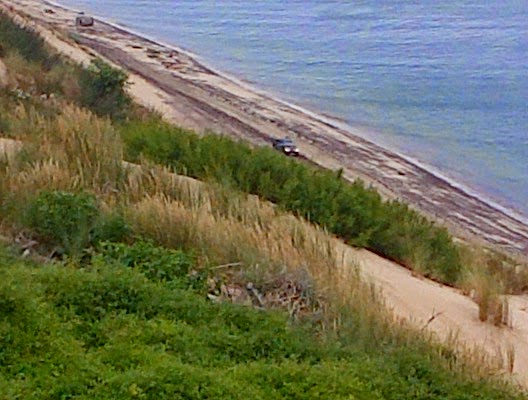 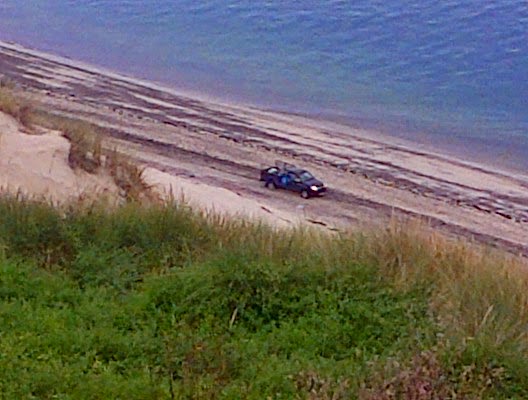 Just after 9 o'clock this morning, we drove to the nearby little town of Moulleau where a Brocante (high class boot sale on trestles) was scheduled. No real hope of finding things for my model railway and so it proved. 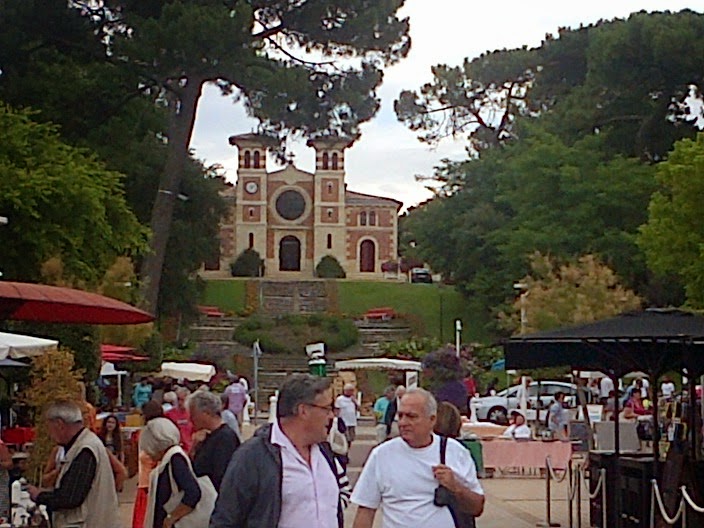 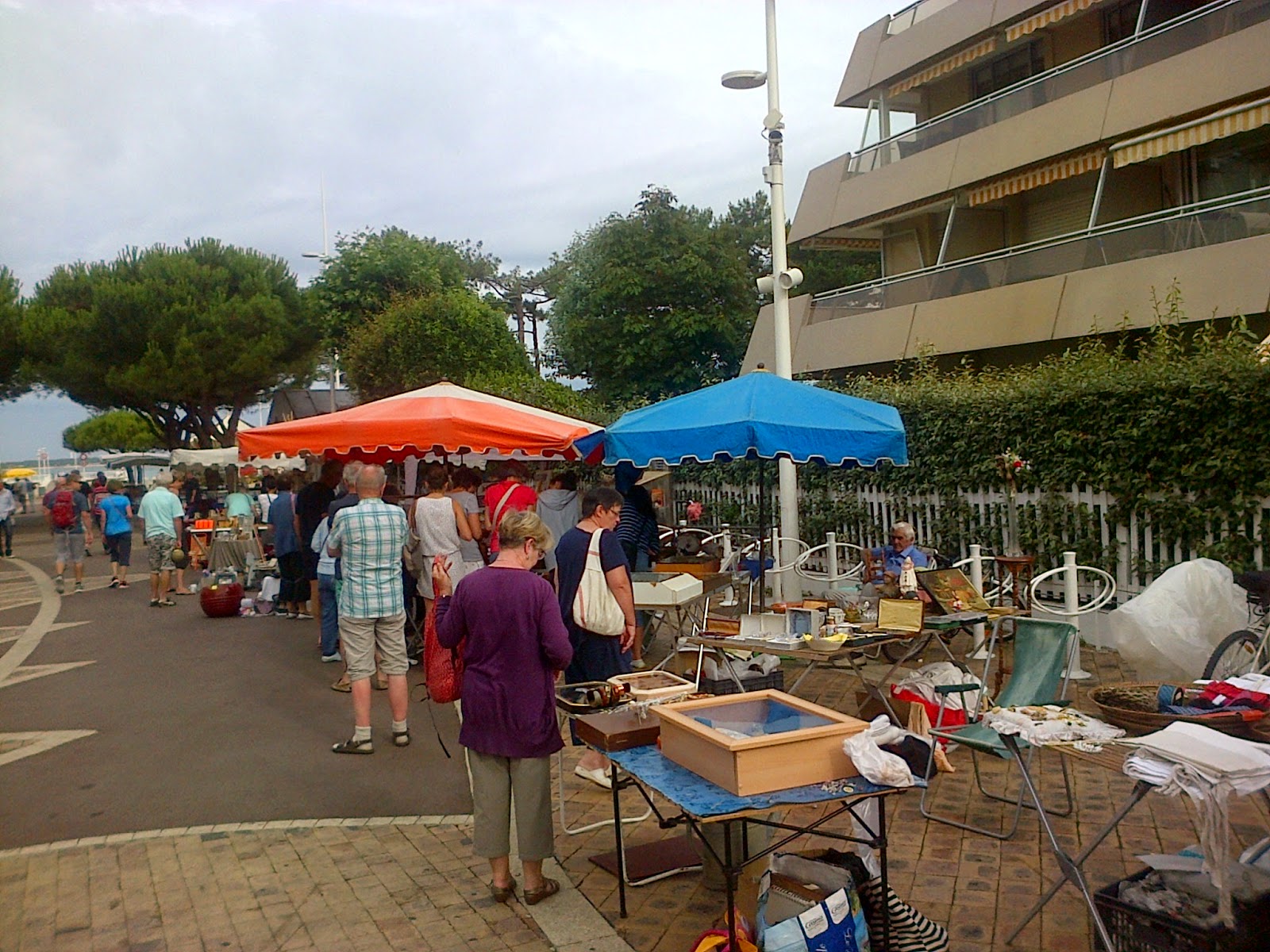 However, there were some interesting items for sale. 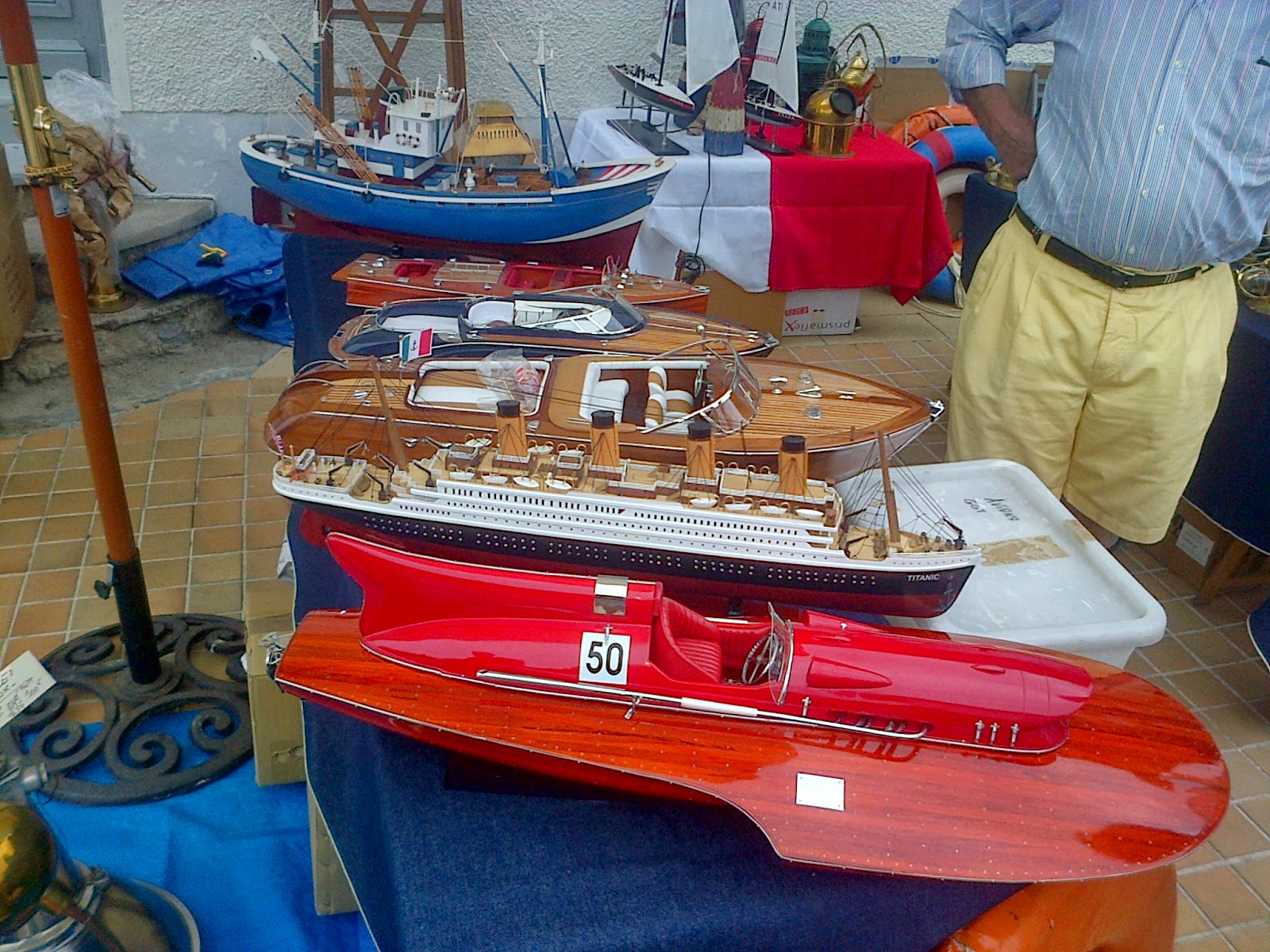 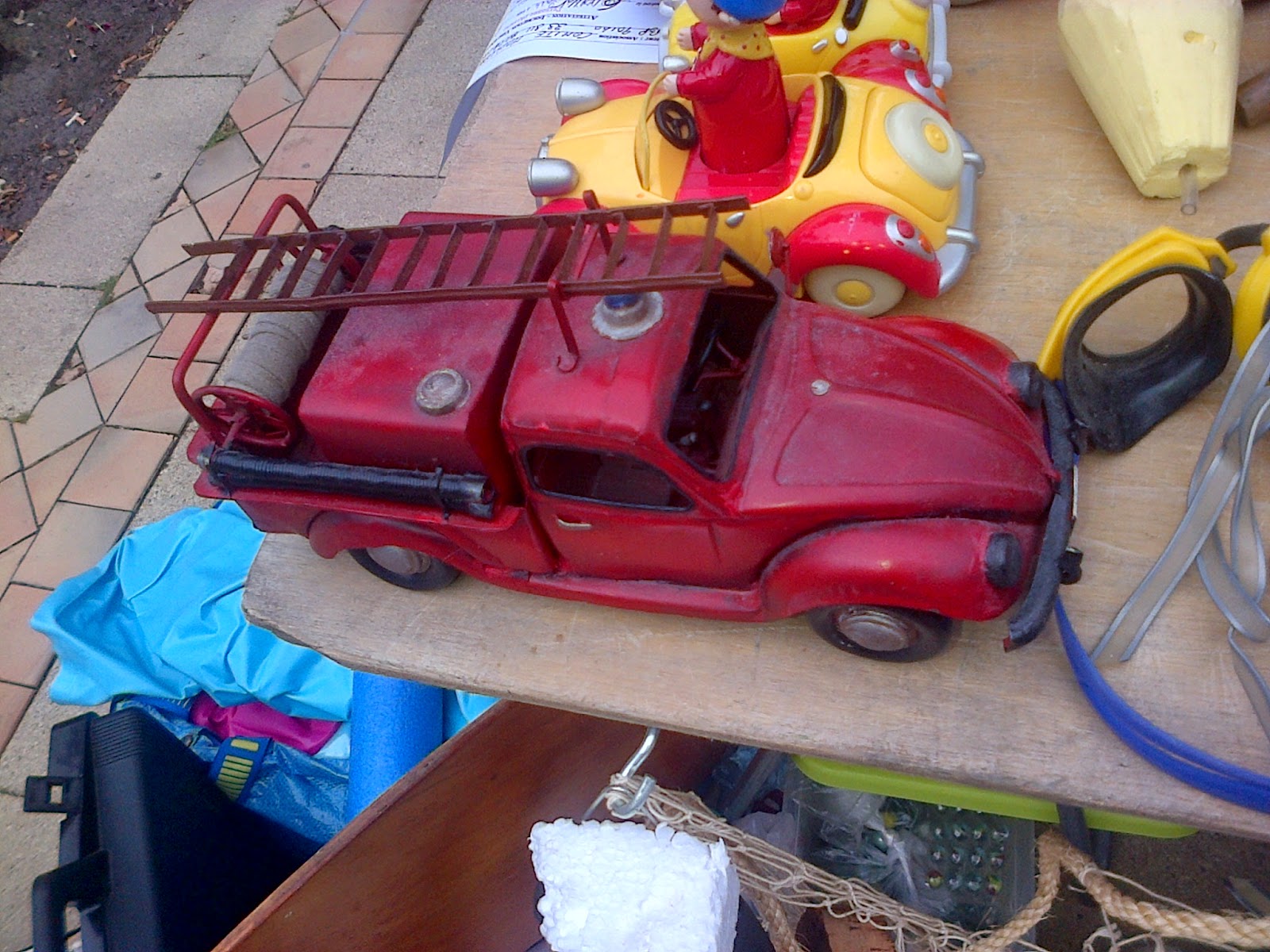 And best of all, was an ancient O scale electric train set by the now defunct French manufacturer JEP. I had no intention of buying it (£200) and explained that to the chap. But, he was happy to show it to me and then brought out another rarity from his van which was an O scale electric locomotive that must have weighed 3 kilograms - solid metal. 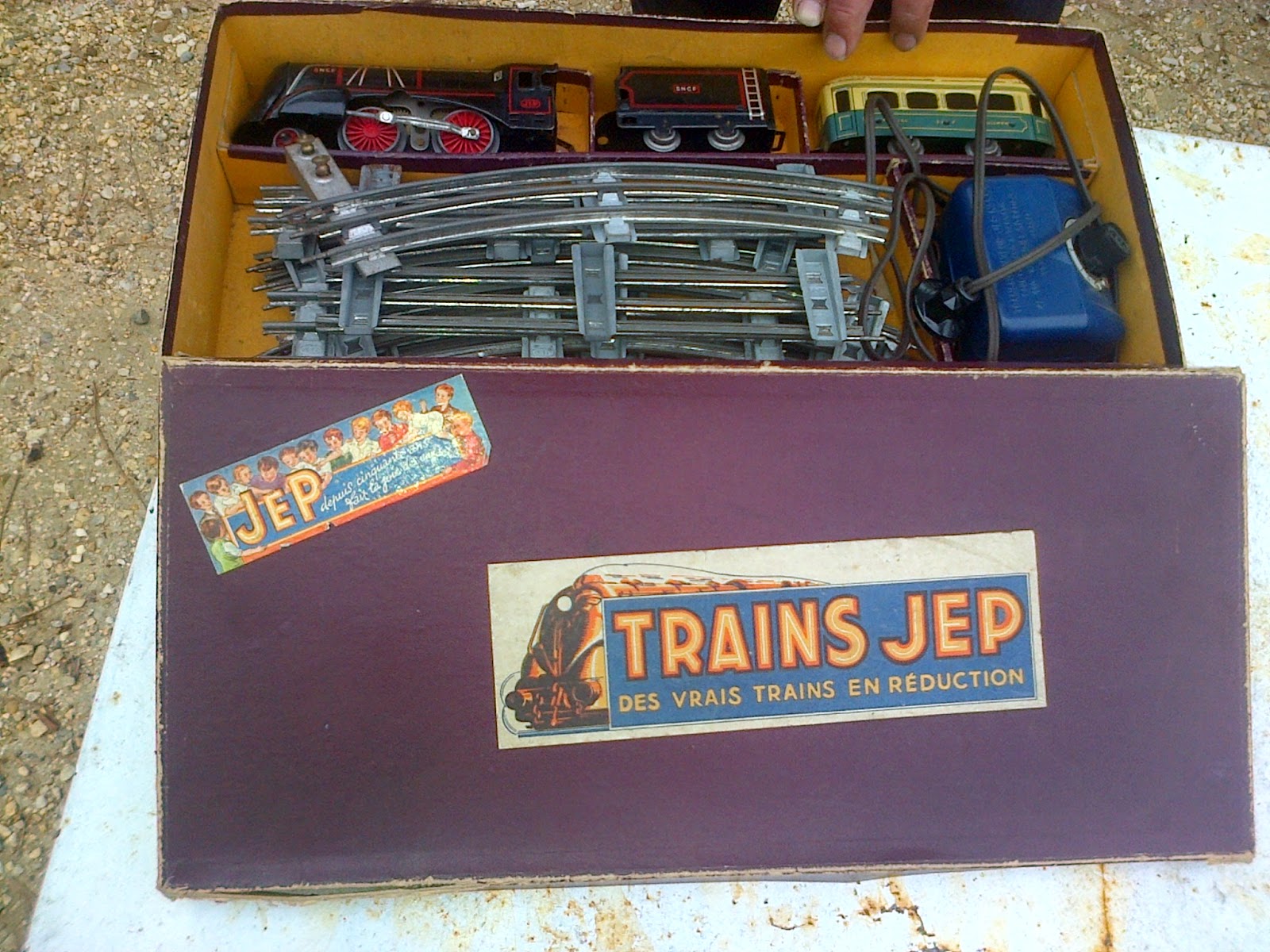 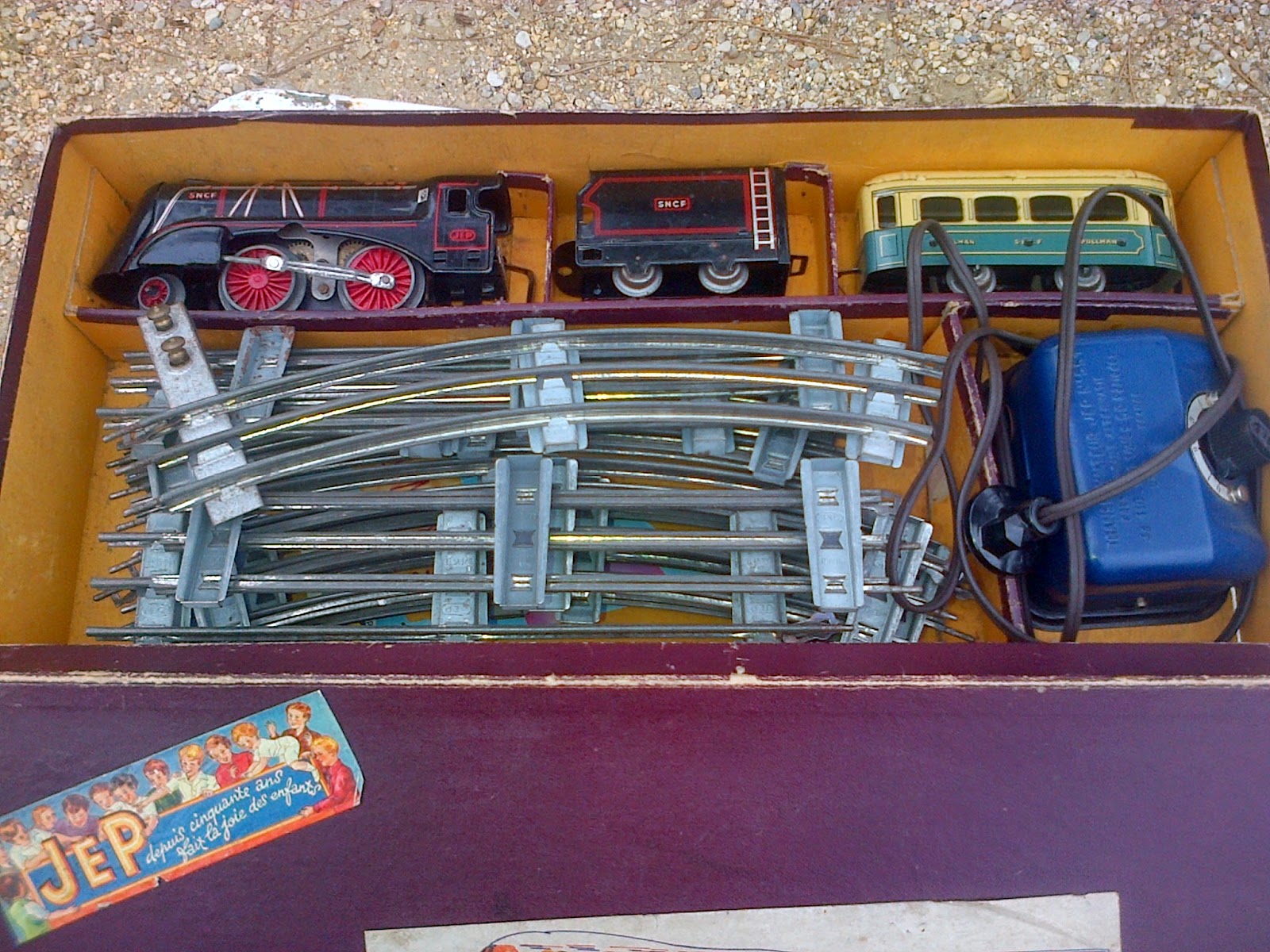 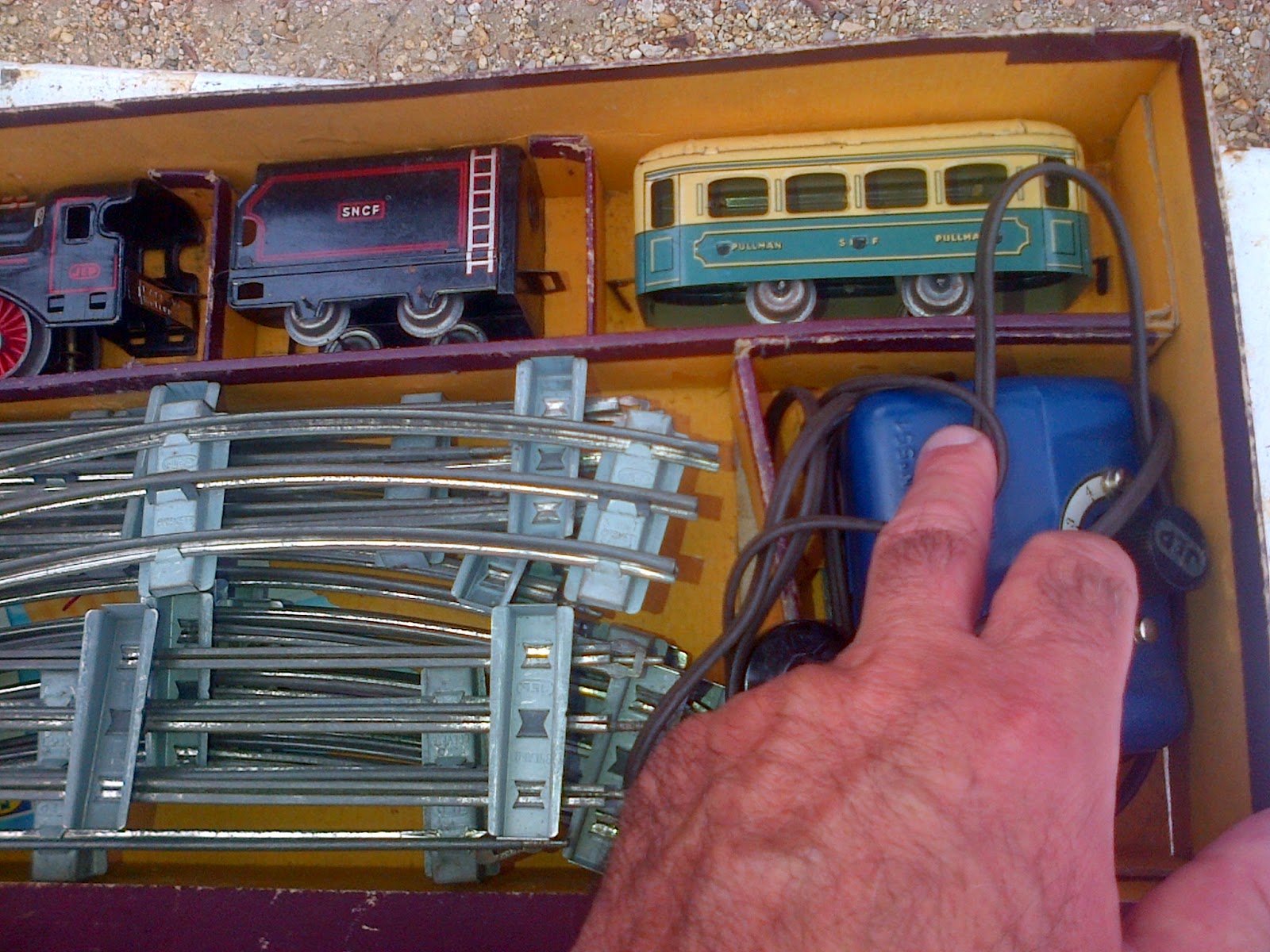 I felt a real thrill to be in the presence of a product by JEP. For some years I have been searching the internet for an HO scale version of the JEP Nord Express.

Reading philosophical texts on the tiny screen of the Blackberry screen is surprisingly OK.

I get really angry at Kant's continual use of unnecessary technical terms for what always transpires to be everyday ideas.