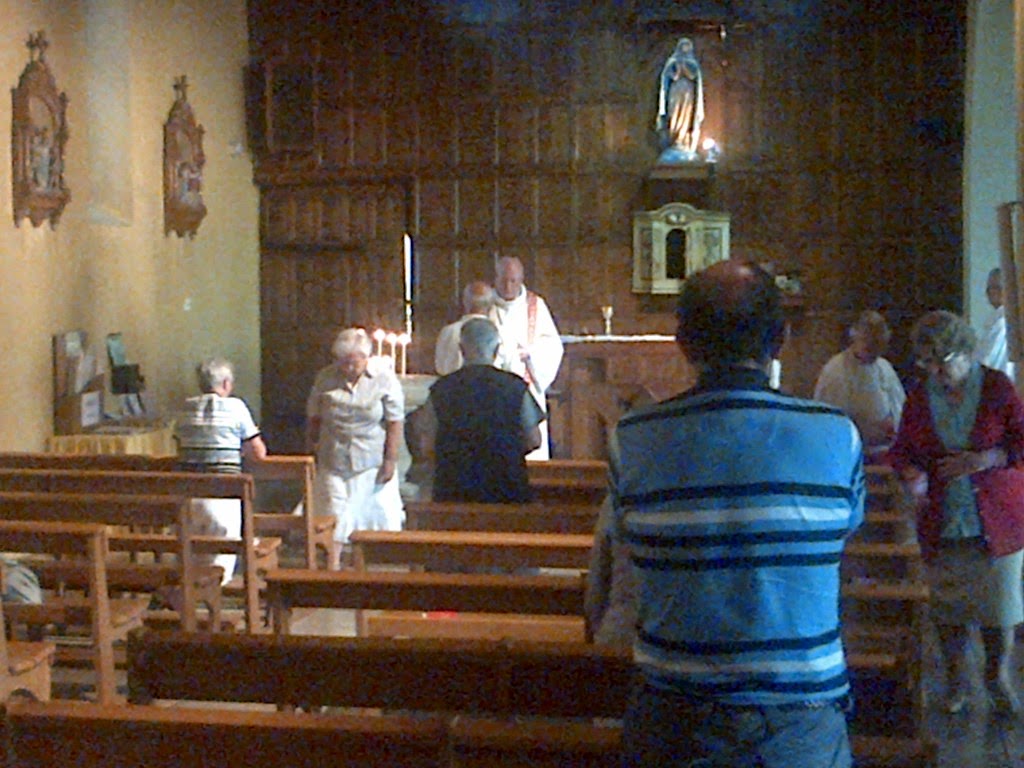 Attended early evening Mass at St Clement's, Vieux Boucau. It has surprised me that in these days of a dearth of priests, Vieux Boucau has what seems a priest dedicated to the parish.

Amusingly, the beggar slumped in the porch of the church with his ancient collie slumped beside him, decided to join the service and sing with such gusto (and slightly out of tune) that he drowned out the rest of us. His voice was so loud that you couldn't think.

What amused me was the dilemma that Christians find themselves in when confronted with one of Christ's children seeking solace in Christ's Church and that child happens to be a bloody nuisance and is flouting normal social conventions. One wishes he would bugger off (he might be unhinged and dangerous, after all) while feeling that one should hold out the hand of brotherliness to him. My discomfort made me giggle. 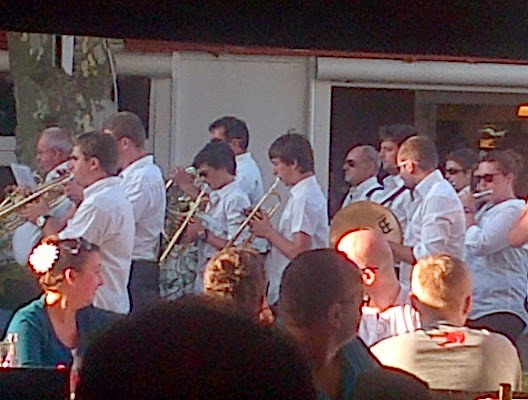 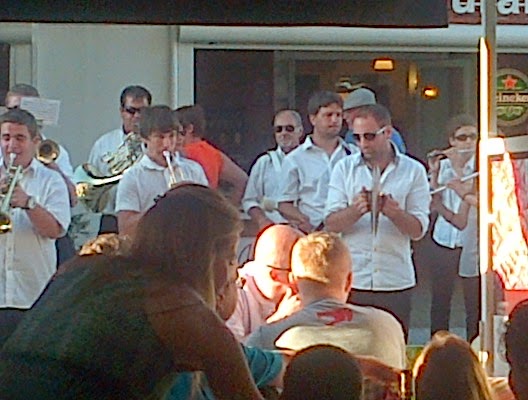 Then off to the arena for the Bull Carry-on. 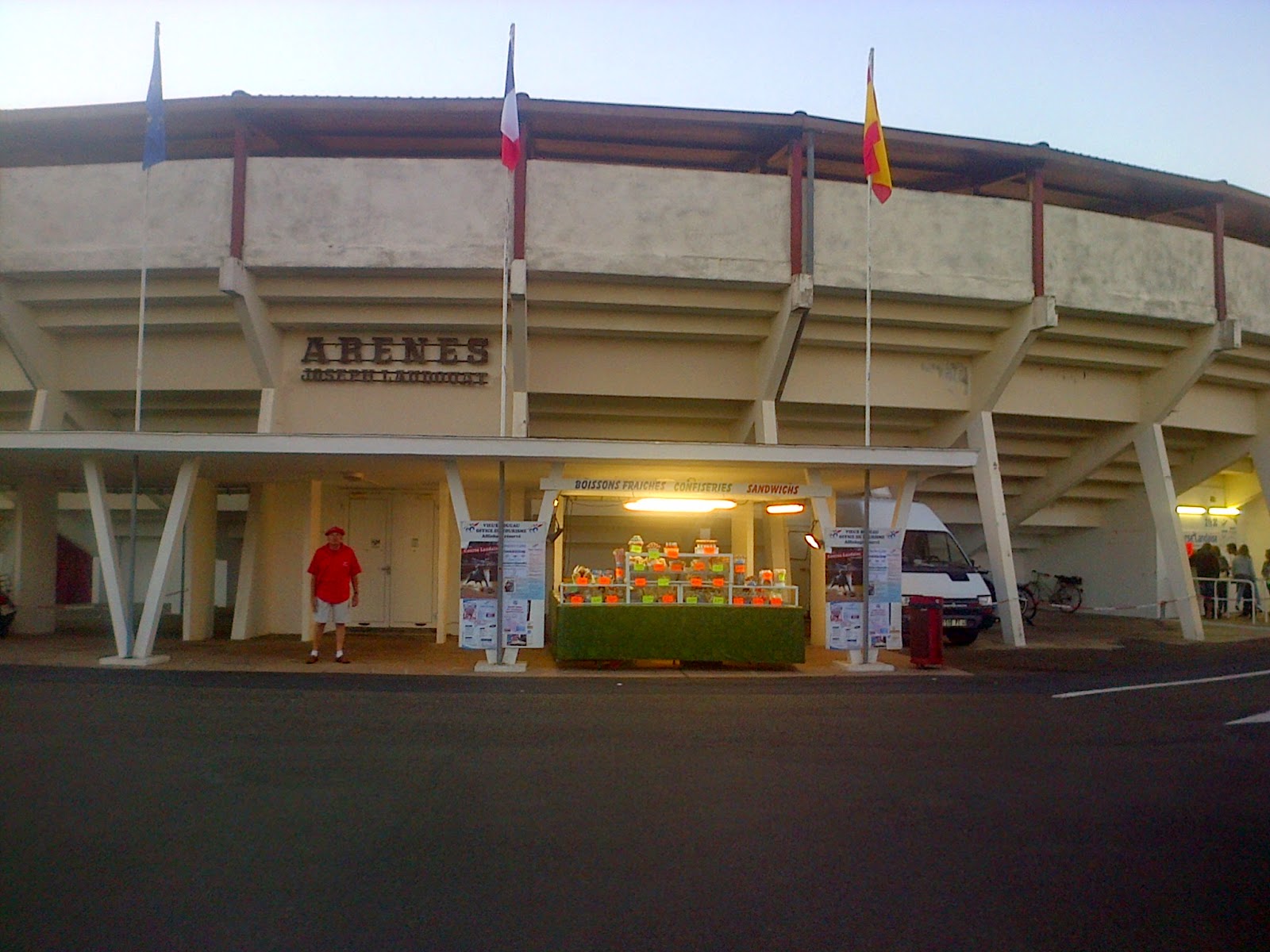 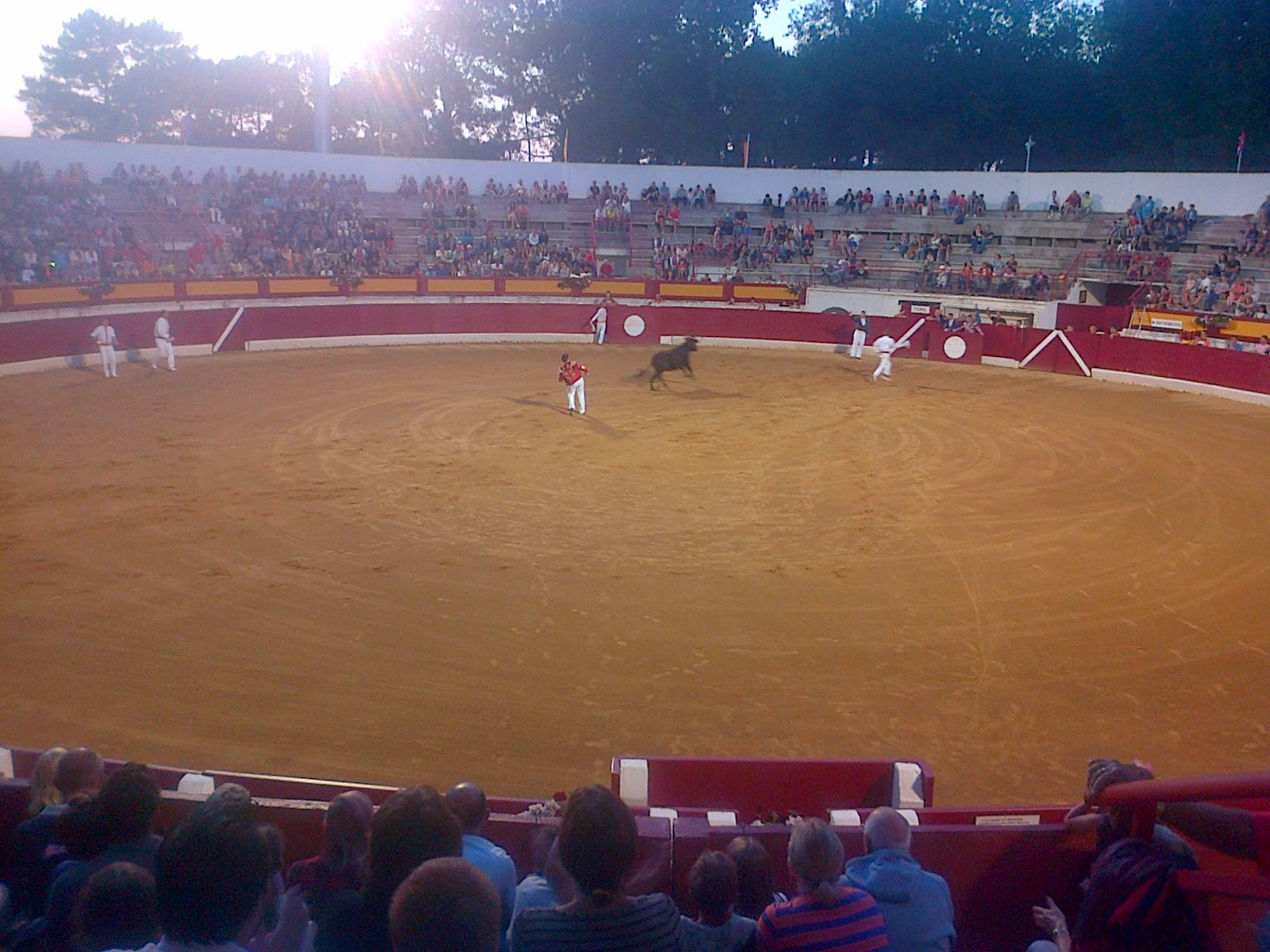 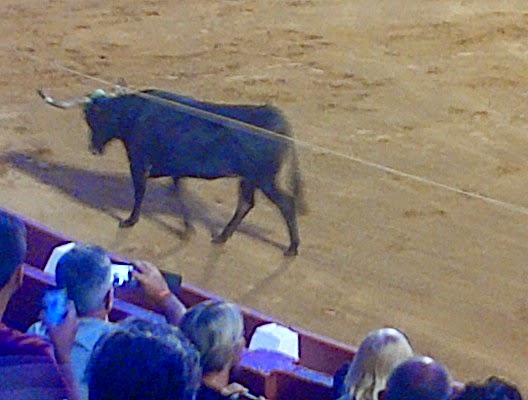 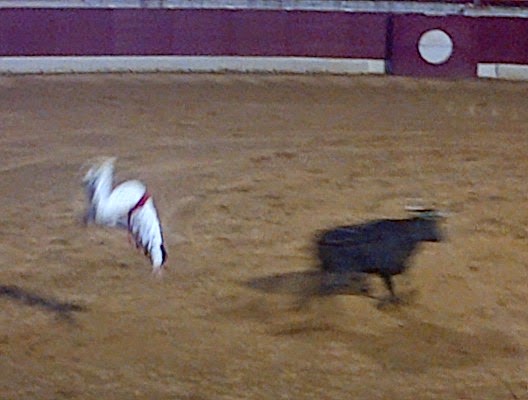 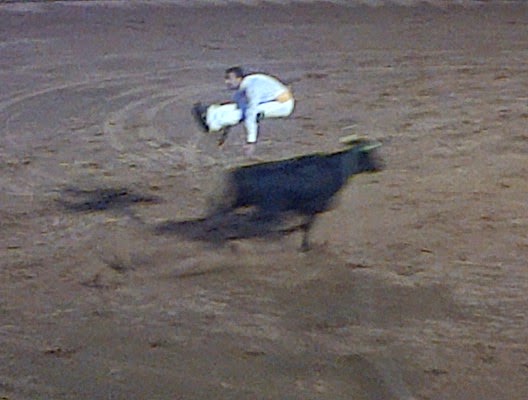 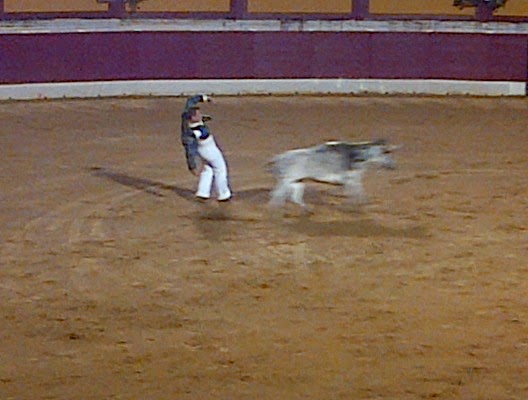 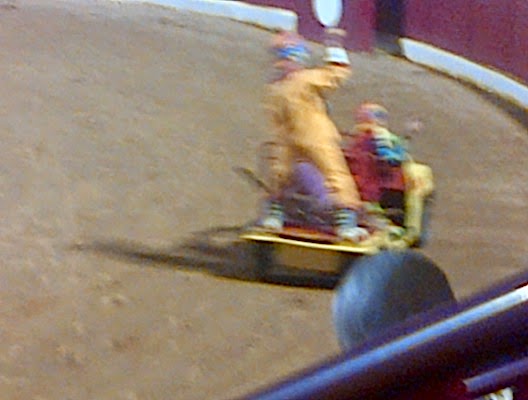 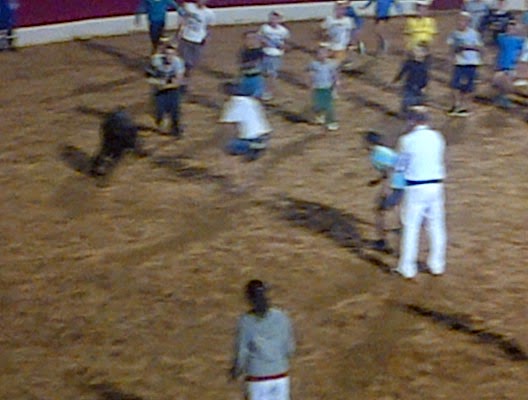 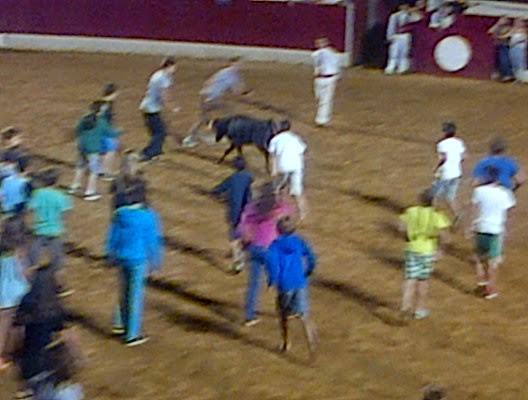 Got to my early morning drumming perch at the ocean side cafe and proceeded most contentedly to practise on the drum pad. 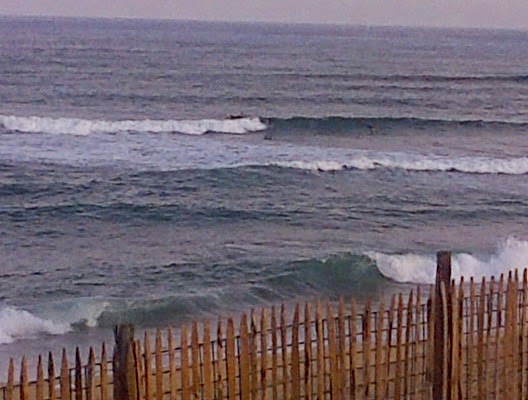 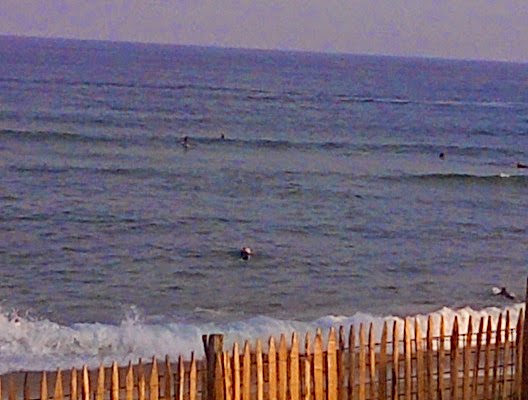 Then this bloody stray labrador arrived on the scene and proceeded to tear the bins to shreds looking for food, so I decided to return to the apartment and continue the practice there.

Then back to St Clement's for 9am Mass. No sign of the beggar. Presumably tucked up in his Hotel. 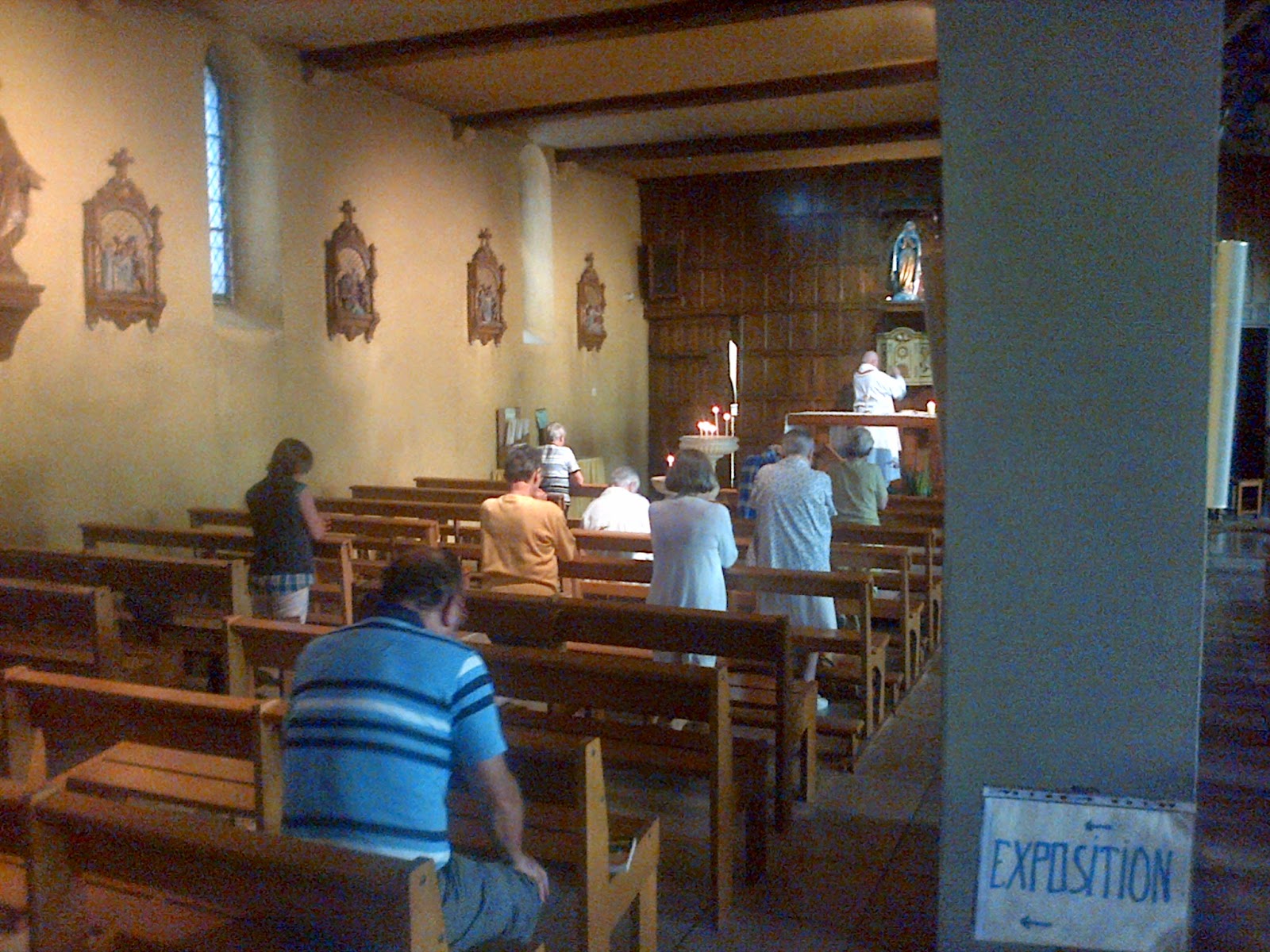