The Spirit Of Jock Wallace Lives On.

I think that eating 12 sardines, bones and all, for lunch yesterday stretched my digestive system to the limit. So for dinner I had a jam sandwich.

After dinner, embarked upon one of my all time favourite pursuits: visiting the launderette.

Camp sites are always equipped with heavy duty washing machines and an equal number of tumble driers and, of course, soap dispensers. What can cock up the smooth running of the operation is when a camper hand washes their clothes and then uses the camp site tumble driers. This leads to a breaking of the 1-1 correspondence between washers and driers. Such campers should be tied to a pine tree for 24 hours.

Anyway, no such glitches at 10pm last night. 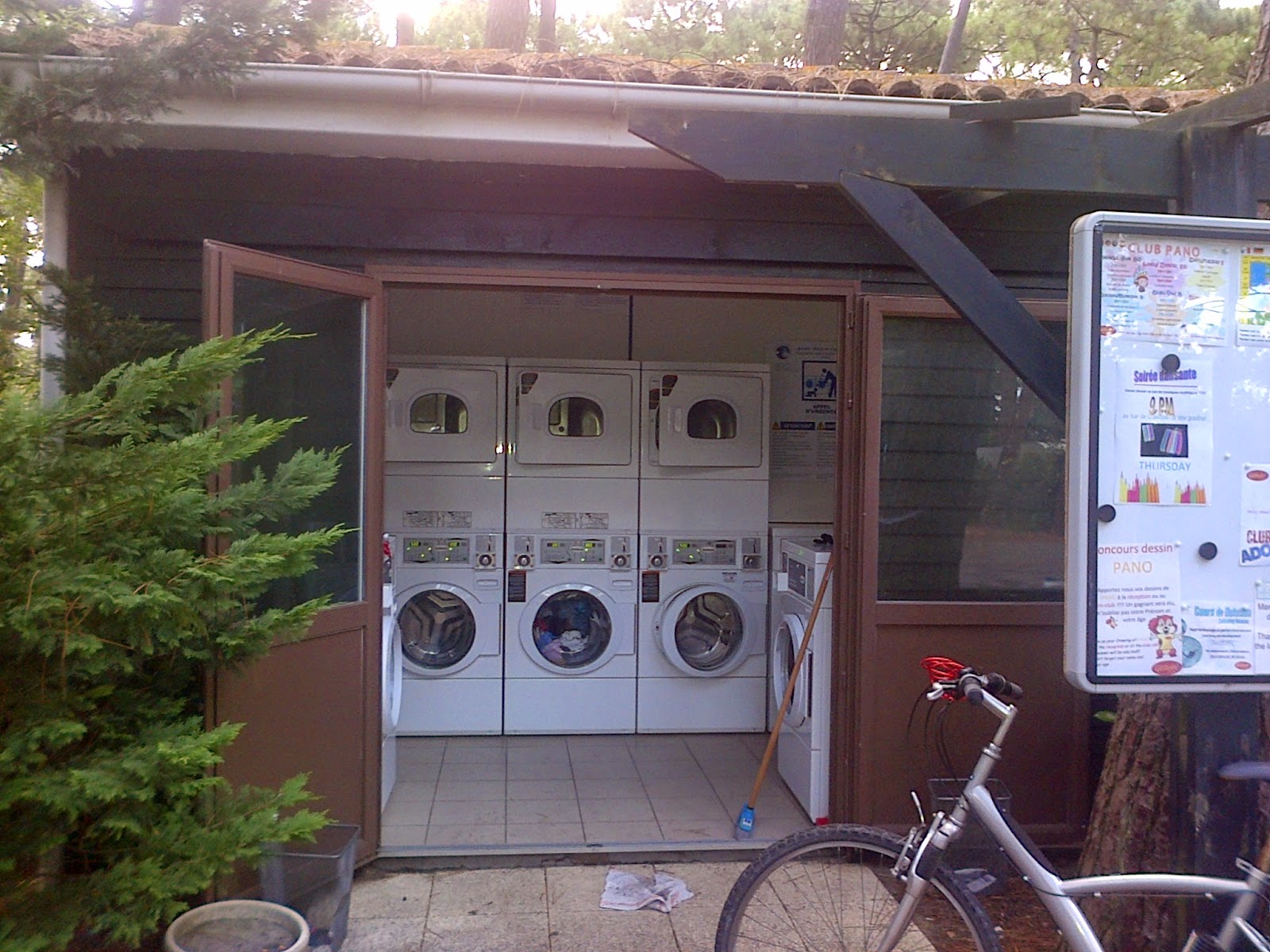 I have to say, I went to bed last night not sure if I'd be practising the drum this morning. Yesterday morning's journey to the beach via 191 rickety steps followed by a  march through 60 metres of deep sand was concerning me. Worse was the thought of afterwards climbing back up through the deep sand - every step a desperate challenge.

When morning came it was wet and windy.

But then I remembered Jock Wallace, the manager of Glasgow Rangers football team in the late 1970s. He used to take his players (troops) to the sand dunes at Gullane on the East coast of Scotland for pre-season training. The training was the players running up and down the dunes. Wallace had a reputation for toughness. 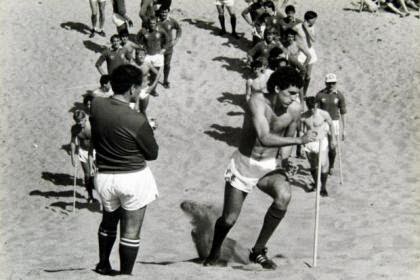 Former player, Derek Johnstone recalled: "Jock was very much into health and fitness. I think that was his greatest strength as a manager.
"We won a lot of games in the last five or 10 minutes in those days when other players' legs were tiring. We won two trebles in three years under Jock.
"I would say tactically Jock wasn't the greatest at times. But, I tell you what, when a game went into extra time we were ready for it. We were a very fit side."

Well, I found that example inspiring, so with knee brace fitted, off I went again to the beach below.


After all this practising and overcoming adverse practising conditions, I can honestly say that I have no idea whether I'm improving or not. I'll keep going with the policy in the hope that my reward will come.

Later on, the weather brightened up.

And we drove to the market at the nearby town of Teste. 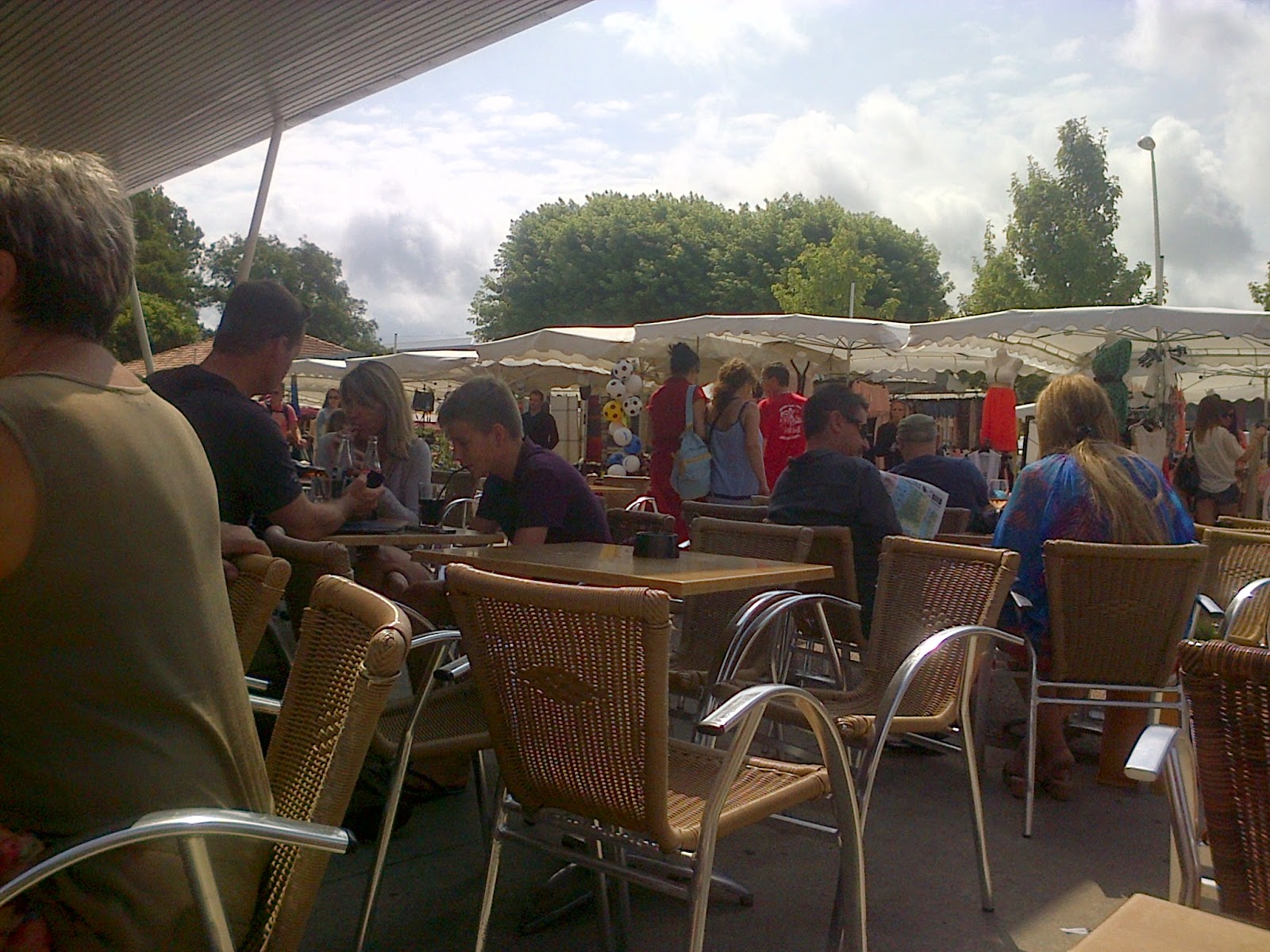 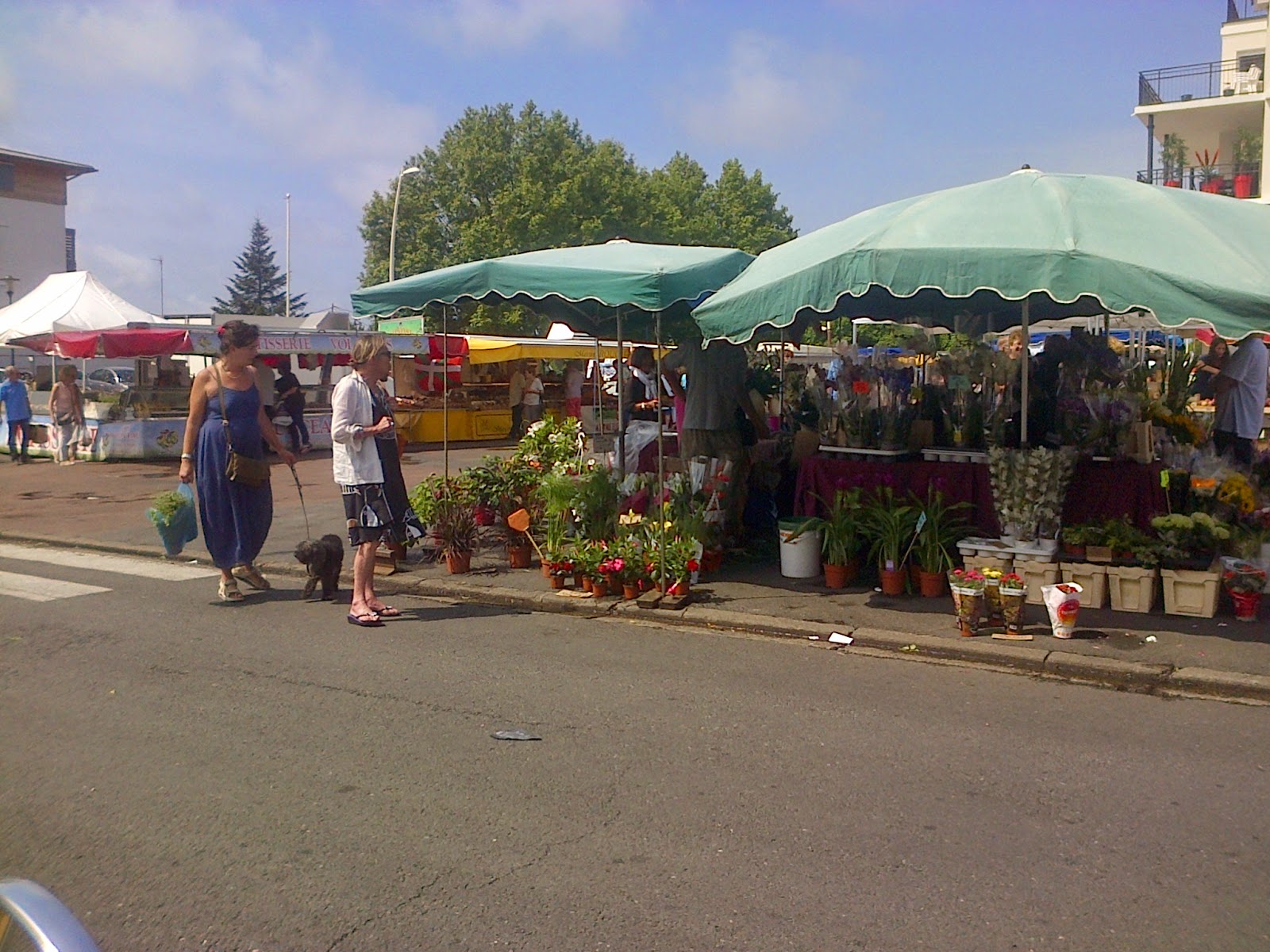 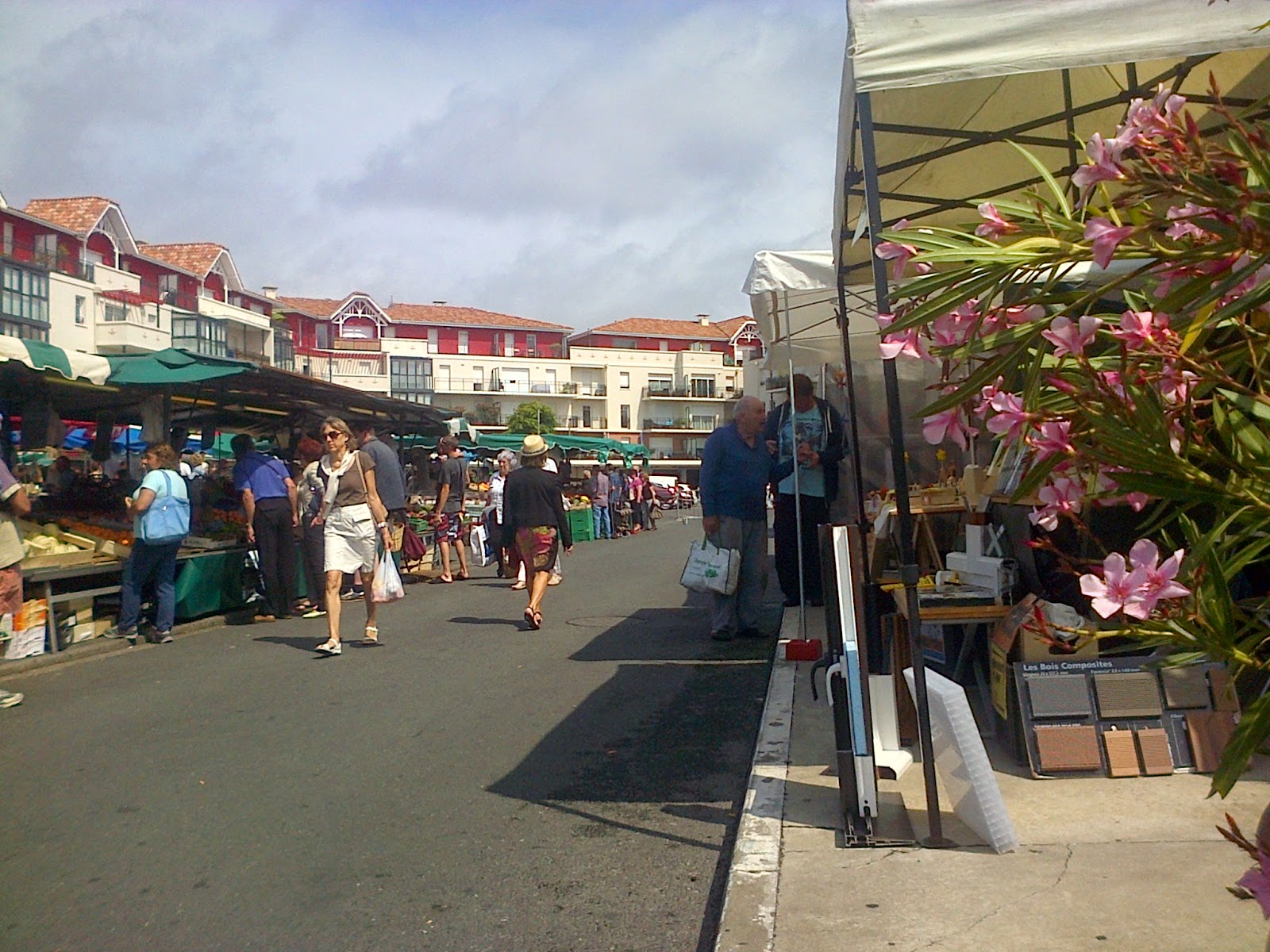 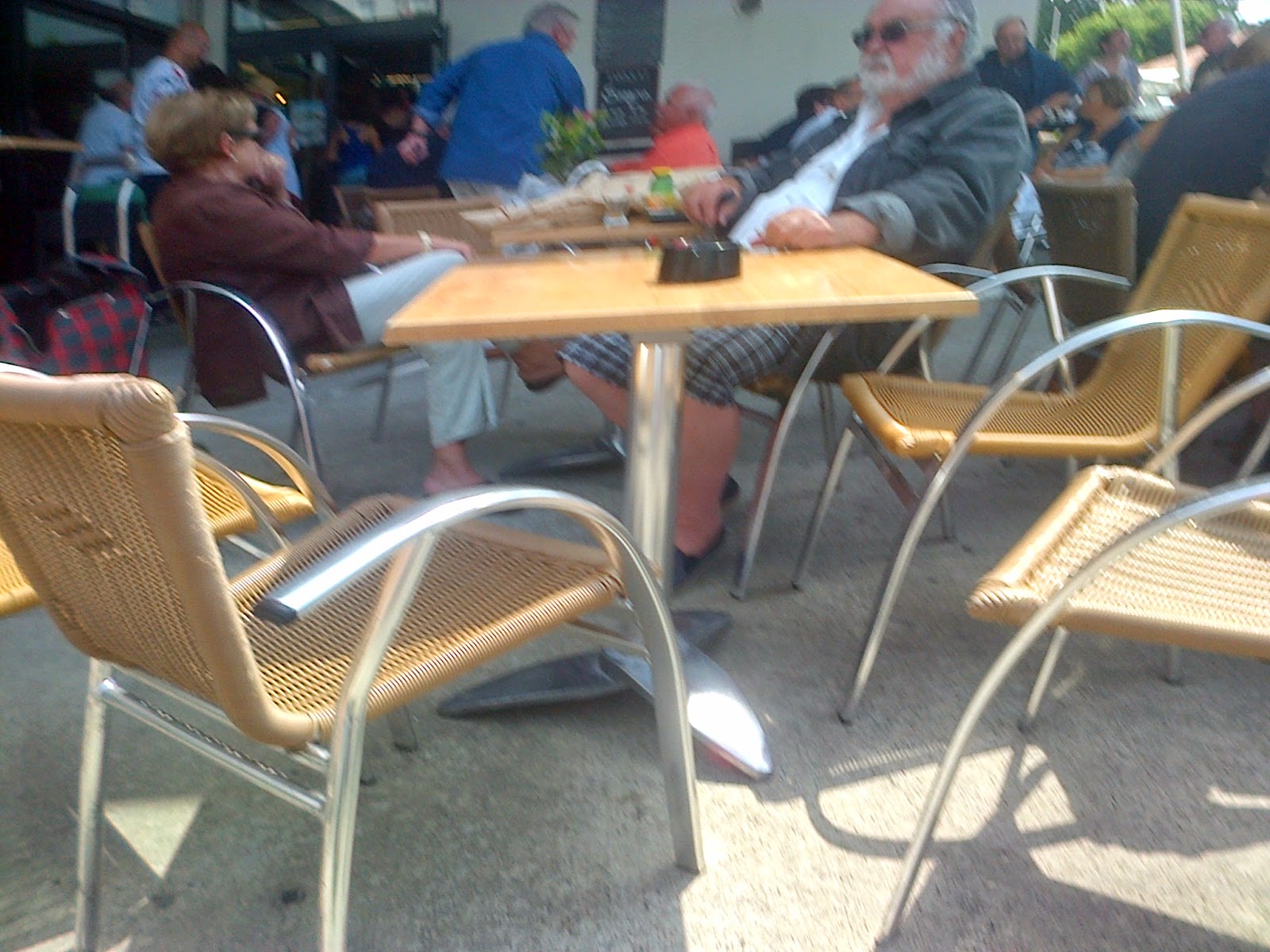 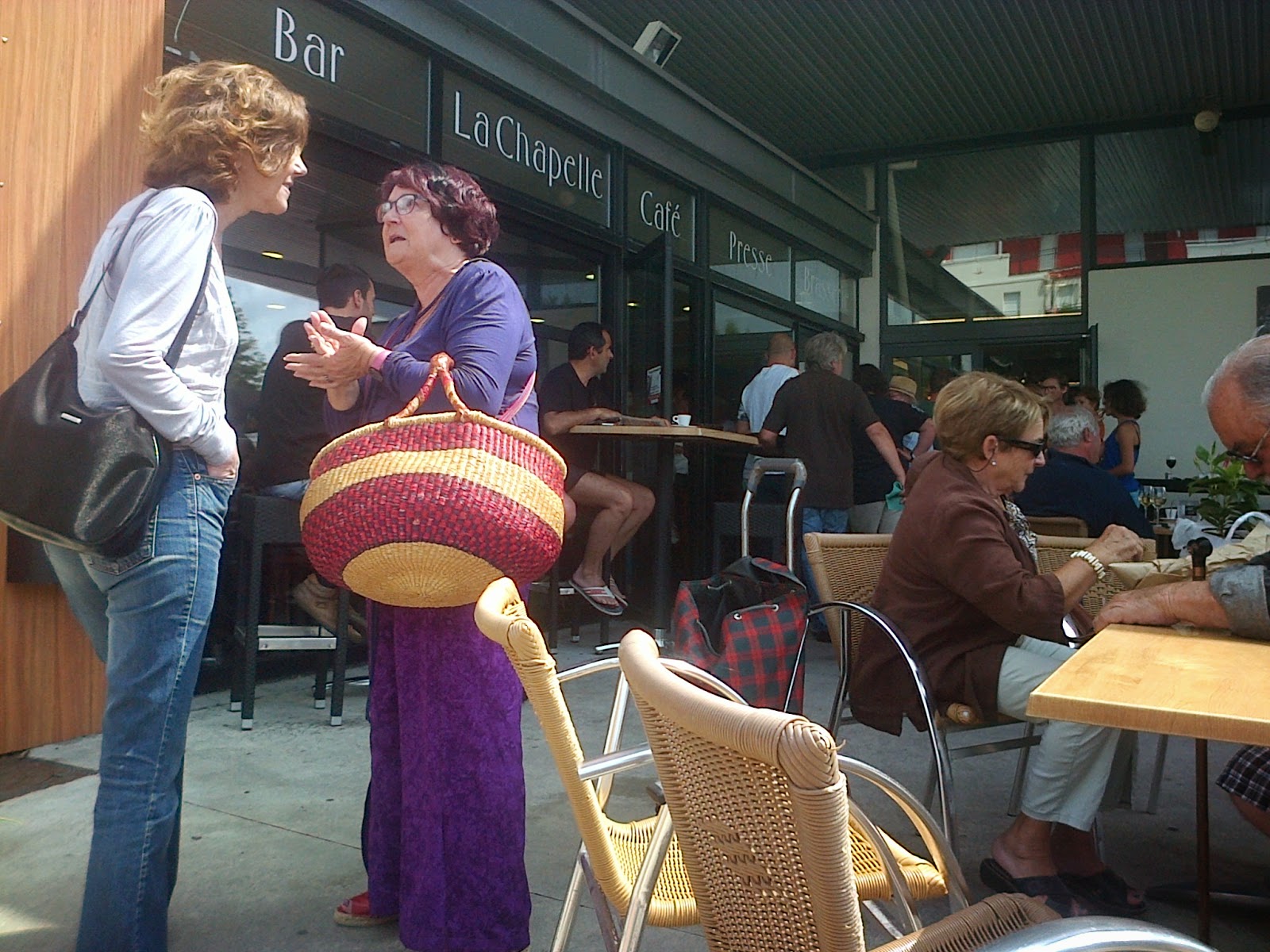 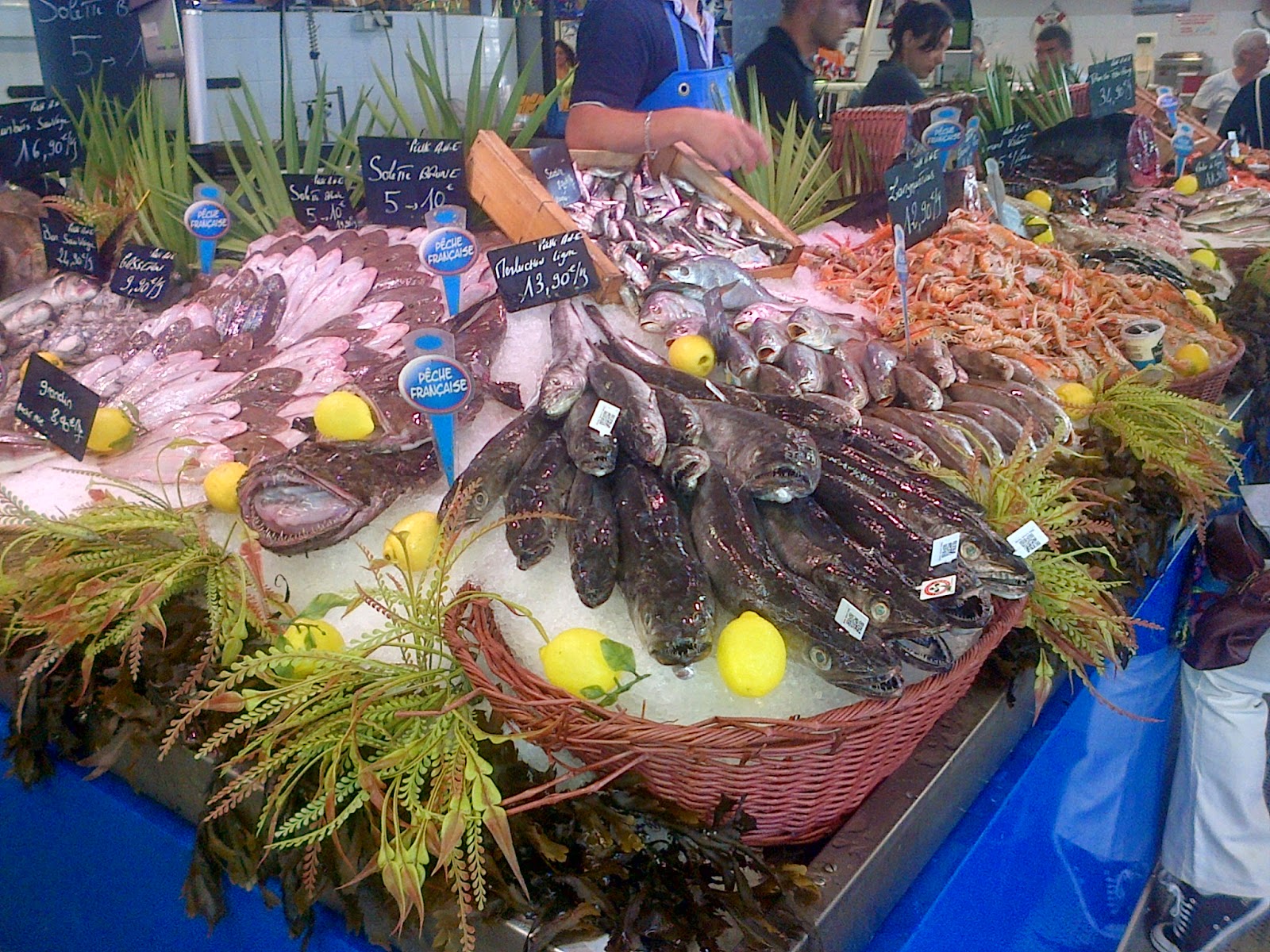 Next to the market is the church of St Vincent de Paul. 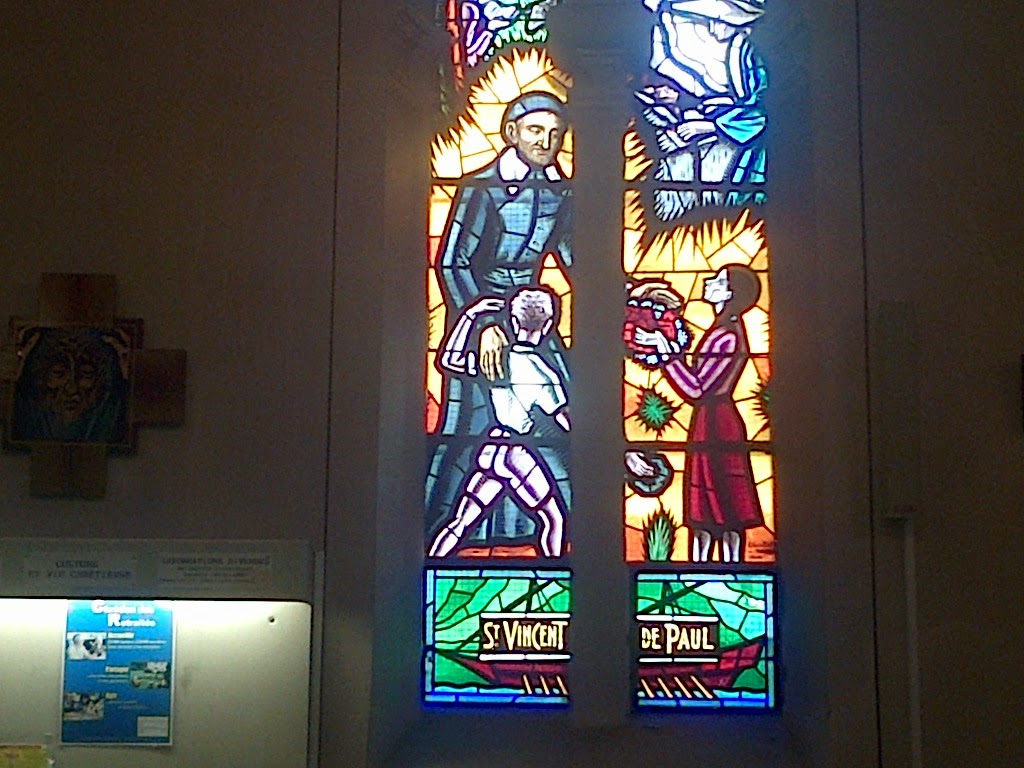 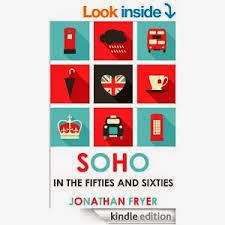 Basically, it's a series of profiles of wasters (some pretty famous ones) who frequented Soho in the 50s and 60s.

One of those profiled, admittedly not a waster, is the painter Lucien Freud: grandson of Sigmund and brother of Clement.

In Clement Freud's autobiography there is a funny story about Lucien. Apparently, he and Clement were highly competitive with each other in all areas. Once, Lucien challenged Clement to a race through the streets of a town. Clement was in the lead and Lucien was fading. Then, Lucien spotted a policeman ahead and shouted, "Thief!" at the top of his voice.