The bottom edge of one of the maps of France that hang on the wall behind the layout runs only a few inches above the baseboard.

Therefore, it's in the way of any extension that might be made to the backdrop of Parisian buildings. 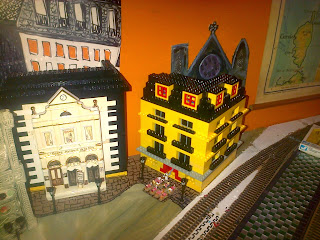 I've postponed raising the said map for ages. But this afternoon I felt that the planets were in an appropriate alignment and so got the step ladder out.

Downloaded all the early singles by The Who; couldn't stand the later pretentious stuff. 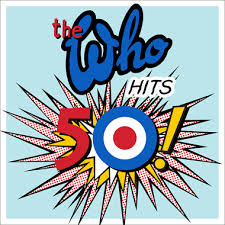 Plodding away at the absolute basics. 4 lots of 15 minutes rather than a solid hour.

Took quite a few photographs with my phone of the 60s concert on Sunday night.

These are the best of them - we were in the row second from the back of the highest part of the auditorium.

If nothing else they show what a fit man P J Proby still is at 76 years old - and he's no light-weight. 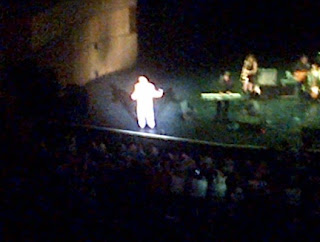 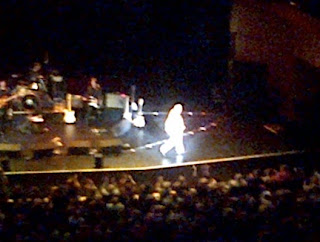 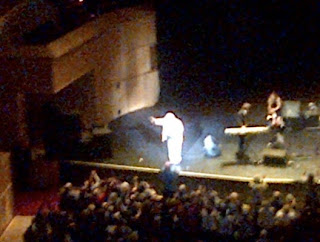 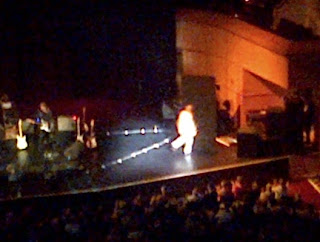