No time for railway today, so as usual, some images from Google search re French model railway related stuff.

Yielded some sketches and models of the Gare du Nord and a great early picture of the Eiffel Tower. 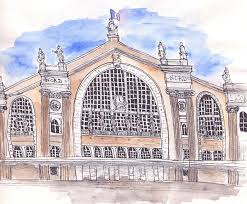 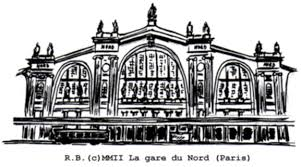 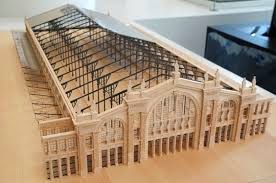 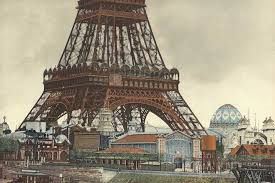 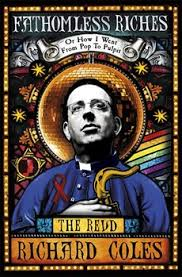 Our Samba band played in a Christmas Carnival parade in Glasgow today and I think we were a success. People cheered and clapped our playing as we marched through the crowded streets of the city centre.

Tried to take a few photographs but it was pretty well impossible to get everyone in - here are a few real scrappy efforts. 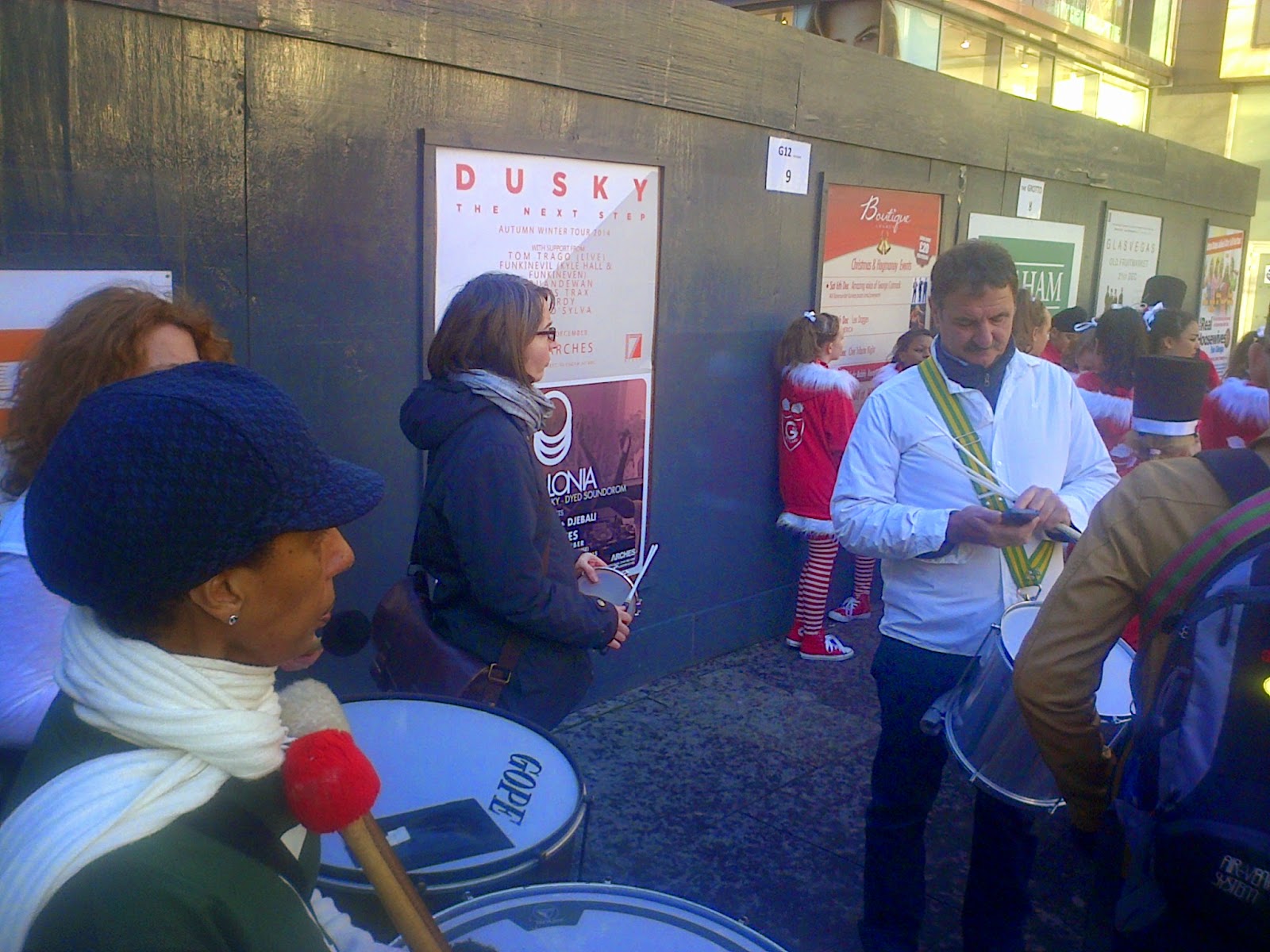 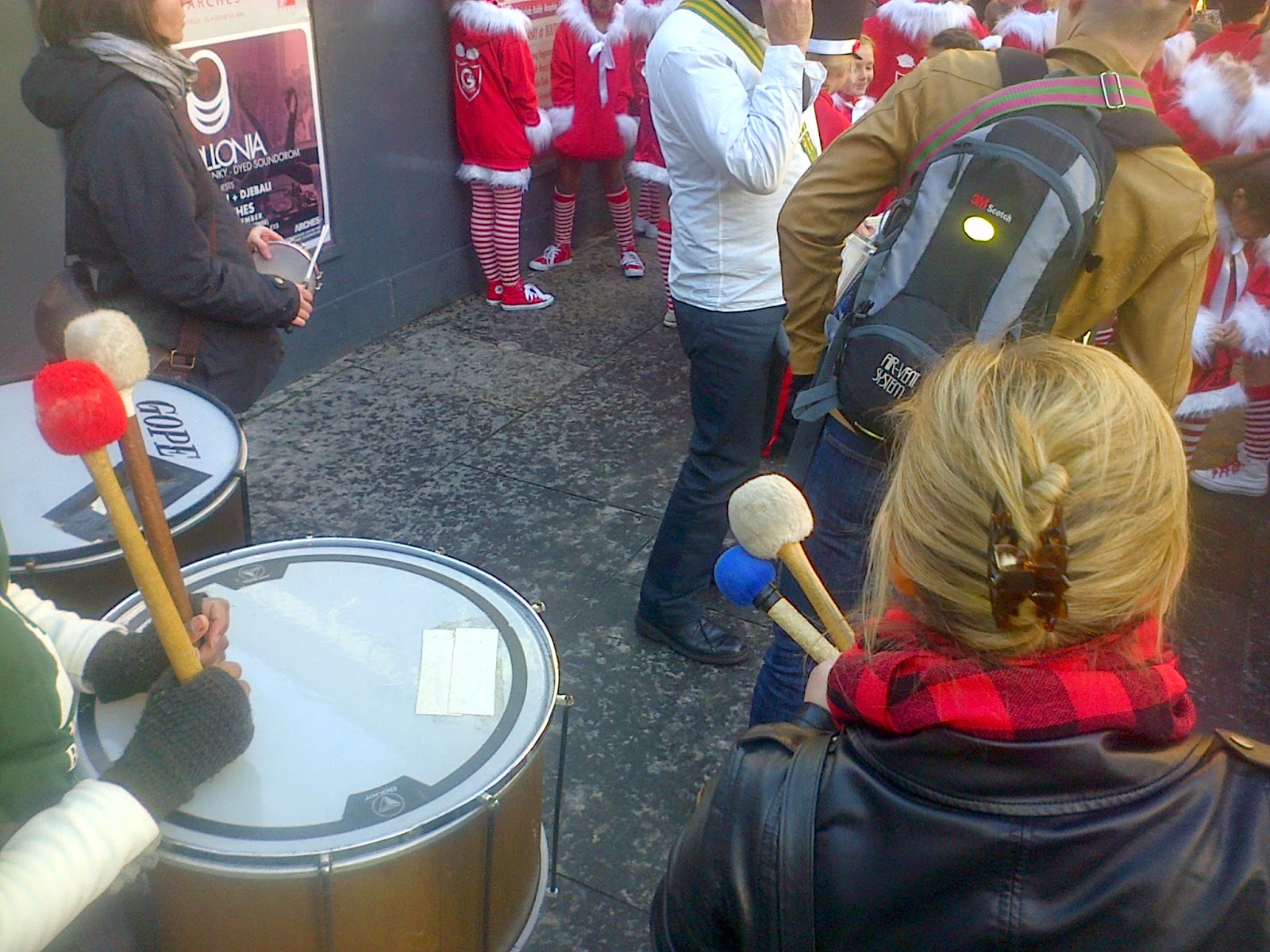 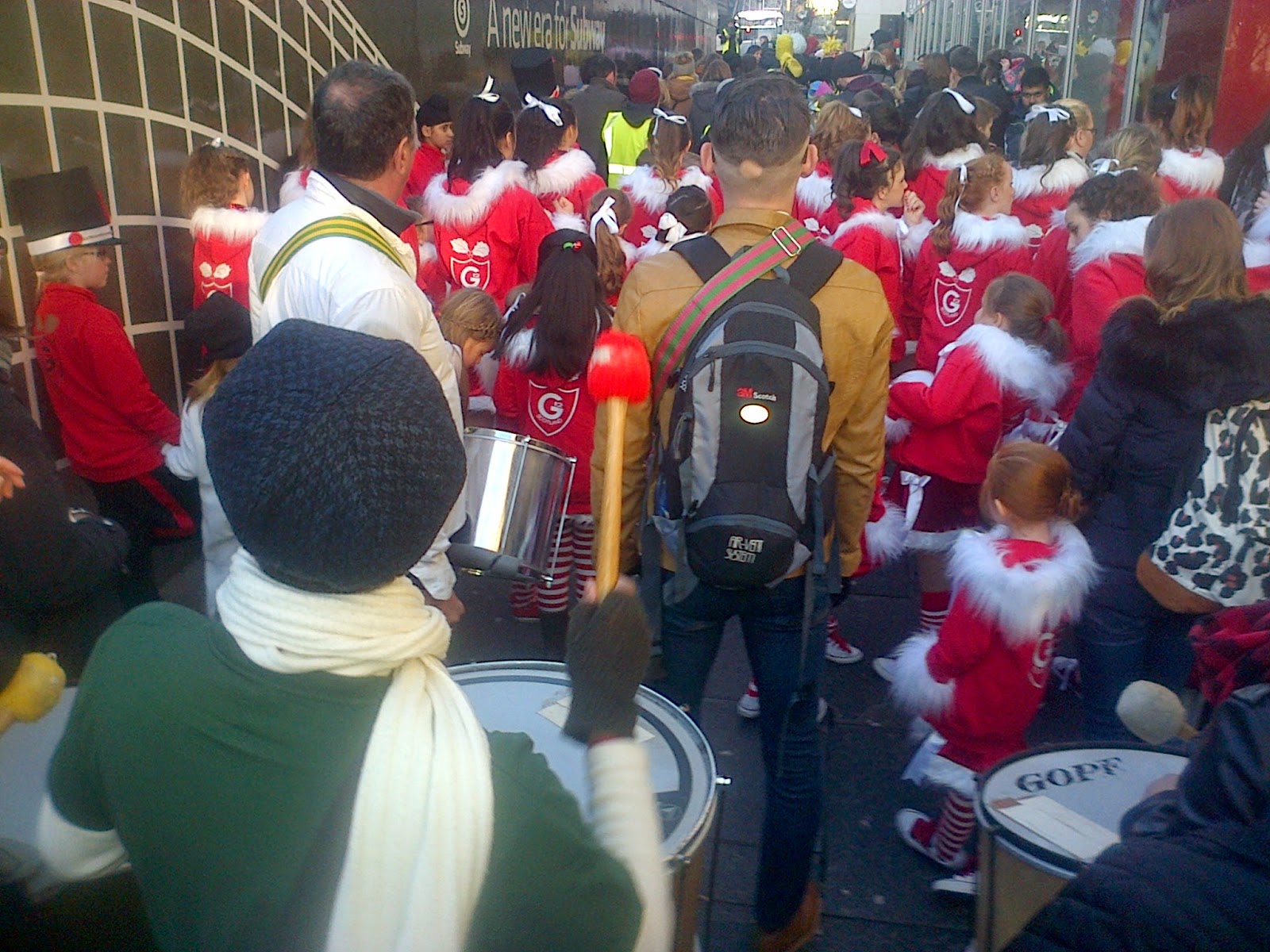 After yesterday's disastrous rehearsal, I was hugely relieved that the performance today was deemed by everyone to be a success. And, I actually enjoyed it.