There are several websites devoted to celebrities whose hobby is model trains. 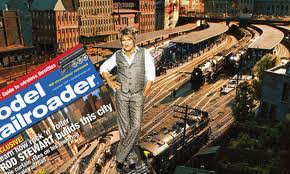 Warren Buffet; although he also owns a real railroad: 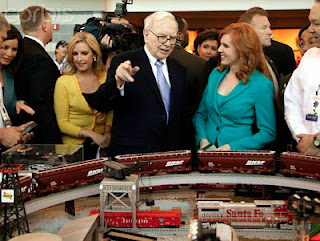 And Peter Snow in the UK. 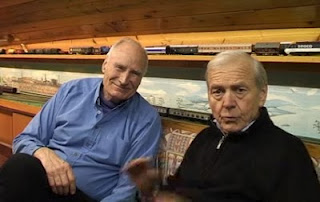 And apparently, Roger Daltry of the Who has been building a European HO model layout in his loft. (I wonder if he has to climb up to it on a dodgy step-ladder!)

I have to say that I would love a limitless supply of money to employ some technicians to install the wiring and lay the actual track.

But just as monks in a religious order like to lead a day of varied activities striking a balance amongst the manual (eg gardening and kitchen work), leisure (eg dominoes), study, the spiritual and the devotional, so should I be prepared to do all parts of this model railway - see blog of 23rd March, "Ballasting as a spiritual experience."

On the other hand, see the following day's blog "Ballasting as a disastrous experience."

Listened to a great sequence of dubstep on Radio 1 Extra by someone called "Jakwob".

Will have to start getting some of the names of the musicians being played so that I can download their work from iTunes and so have it on tap whenever the mood strikes.
Posted by Tony Morris at 14:00