"Fourgon" is French for baggage car.

Here's my model by Jouef. 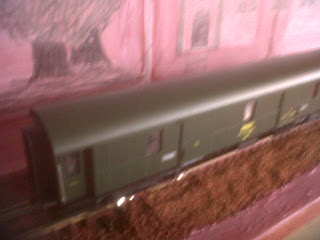 And, under a bright light. 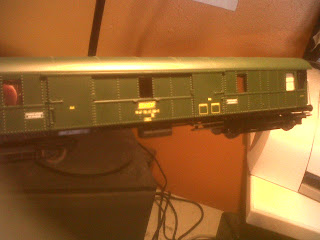 Take a look at this picture downloaded from the web. 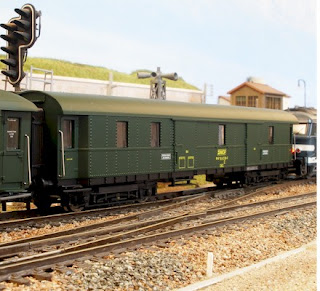 At first, I thought this was the real thing - but closer inspection convinces me that it is the same model by Jouef  as mine.

I couldn't find a photograph of the real thing. Lots of similar fourgons eg

The more I look at images of model and actual fourgons the less I'm able to tell the difference between what is real and what is a simulation in plastic.

Take a look at this photograph of an HO scale model of an American waggon. It has been skillfully weathered. 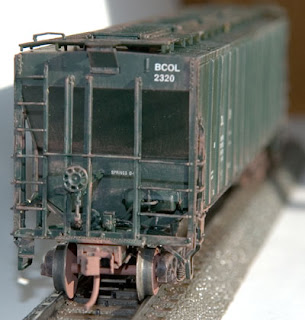 The problem with attempting to weather a model train is that it will be easy to make a hash of things and irreversibly destroy its appearance.

Will have to think about this whole issue of simulation and what I'm aiming for in that department.

Played this album through twice last night from beginning to end - gave me an enormous amount of pleasure. 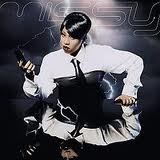 Anyway, tonight, off to hear Shostakovich's 5th at the City Halls, Glasgow.