Visited the nearby town (village, really) of Carcans, this morning, specifically to attend the Brocante Vide Grenier which we had seen advertised in many places. A Brocante Vide Grenier is just a jumble sale or car-boot sale except no car boots are involved - just tables or even rugs on the ground. 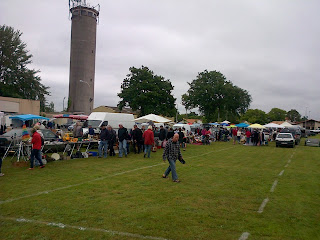 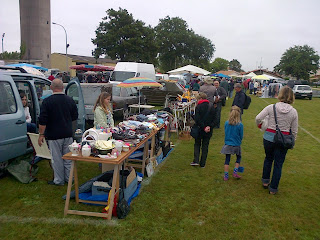 I'd been looking forward to this event all week. No real expectation of picking up rolling stock or station buildings but hoped that some little HO scale model cars might be there among the dross.

Arrived just after the sale opened and walked round and ran the eye over every single table or rug. All over the place and mixed in with lampshades, kettles, jewellery etc  were lots of battered old toy cars of the wrong scale. Then I saw a table devoted to scale model cars, probably 150 altogether. And, among these was one single HO scale model which I picked up immediately.


Unlike the batch of plastic cars I bought last week from the junk shop in Saintes, this car had clear plastic windows and a metal chassis. The  11 Saintes cars had cost me 20 euros.

Rather embarrassingly, I only had "2 Euro" coins so Monsieur had to go and get change!

Every summer in France we have been lucky enough (unlucky enough in my wife's case) to find a choral event to attend at some local church.

Last night we attended one such in Carcans - aforementioned nearby town.

The preparations were hilarious to watch as people argued over seats and one chap started a slow hand clap at ten past nine because the thing still hadn't started. 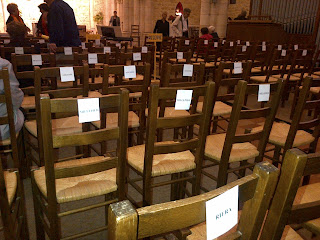 A lot of trouble had been taken by someone to stick a label on the back of almost every chair with the ticket holder's name - that just confused the issue.

The concert was basically the local choral society augmented by a young girl, in a very hi-tech wheel chair, playing recorder and a chap playing the harmonica solo in Gershwin's "Summertime".

The repertoire was a mix of the classical and Broadway - pretty good overall. A very French a la provincial evening. 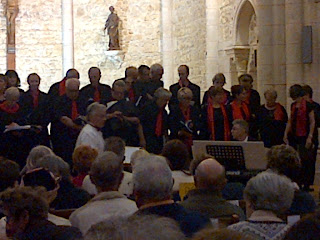 Cost per head including apricot juice: £2.00 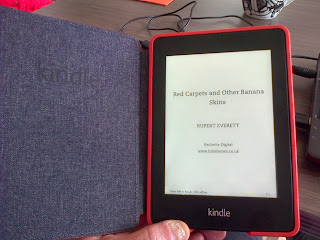