The most impressive church I've ever seen - Royan

I know that I'm prone to hyperbole, but today I saw and then attended Mass in, the most impressive edifice in the world - bar none.

More impressive than than St Peter's in Rome, St Paul's in London or, and more relevantly, Coventry Cathedral.

Made all the more impressive because I was not expecting to see such a building in the modest seaside town of Royan at the mouth of the Gironde.

I've been to Royan several times over the years to catch the ferry and never suspected for a moment that such an architectural monster could possibly be lurking behind the white buildings of the town.

Indeed, the only reason I came across it was that it suited my wife better to go to the Sunday market in Royan rather than Meschers where I had originally intended going to Mass this morning, so I relented and looked for a church on spec in the former.

Looking for a spire or some such evidence of a church, we drove slowly through the streets of Royan when suddenly this concrete monster appeared above the buildings in front of us. At first, I took it to be a huge industrial silo or mill of some kind. But it had a small thin cross on top of it. Surely it couldn't be the church of Notre Dame, Royan! But, "Oh my God" - never thought I'd use that phrase - was it a church.

I'm just going to display the photos I took - they'll speak for themselves, I hope. My only additional comment would be: CONCRETE HEAVEN. 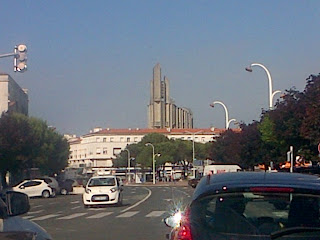 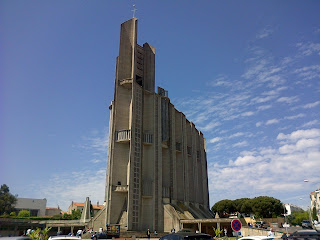 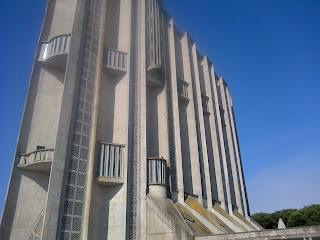 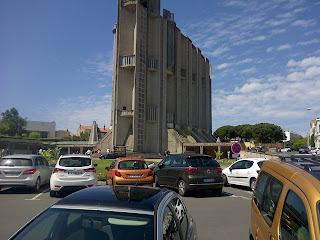 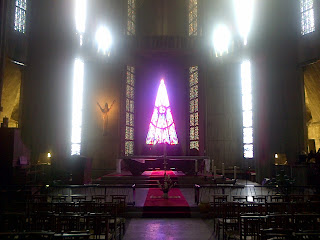 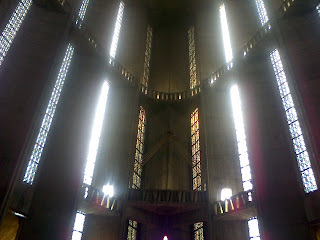 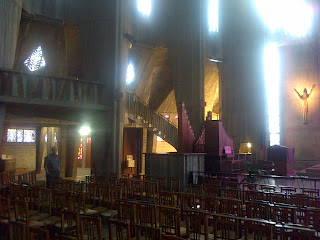 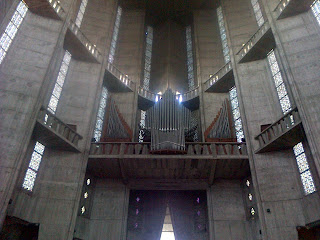 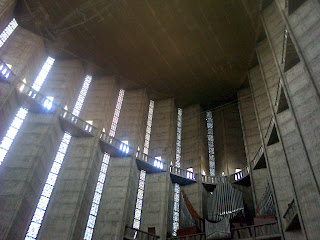 There was still an hour to go before 11 o'clock Mass, so drunk with this concrete-fest I went to look for a small cafe for a quiet coffee and a read.

Found a brilliant little place and sat down for an hour to read, sip coffee and watch the world go by.

All in all, a perfect morning. 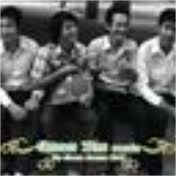 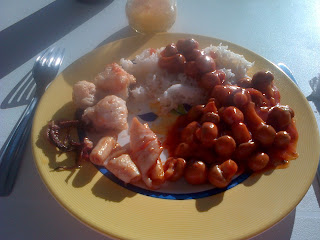 2 squid and 3 small morsels of monk fish that were being sold for cat food at the market, boiled rice and mushrooms a la Grecque bought from a stall at the market.