Called in at Royan SNCF Station, with a view to making a train trip at some point this week. Asked the girl behind the desk for a map of the network. She looked puzzled, conferred with colleagues and, to give her credit, she got up from her seat (she must have been at least 6 feet tall), and rummaged through the shelves of a tall wooden cupboard behind her; to no avail.

However, there was a large map on display in the station concourse so I photographed that. Might go to Saintes or Cognac - they're only about half an hour away. 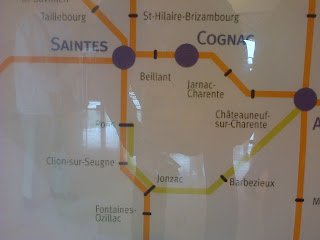 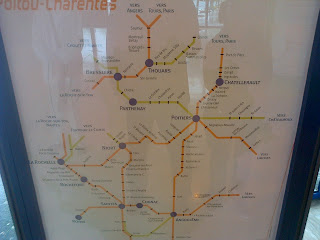 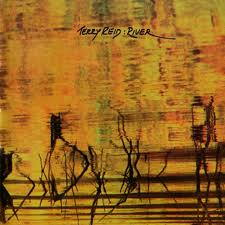 This remarkable album brings back so many memories to me, especially of when I lived in a bed-sit in Hillhead Street, Glasgow in the early 1970s.

Camp site restaurants are always excellent in our experience.

Came across this novel, forgive the pun, notion about novels; at least, it's new to me.

I'll paraphrase from p 7 of:


"if we burn our copy, it cannot be said that Nausea no longer exists."

Clearly, that's true. But say if we were to hunt down, Nazi bonfire style, every copy of La Nausee that has ever been printed, every computer file and USB stick that might hold an electronic copy of it and every other format that might be said to contain a copy of it eg an audio tape.

Would the novel, La Nausee, exist?

Considering the former:  the author is now dead. But even when alive, he wouldn't have held every sentence in his head. He wouldn't know it off by heart. Indeed, if he had ever had to re-write it because, say, his original draft had been accidentally destroyed or lost, it's highly unlikely that he would have churned out the same series of words.

Considering the latter: each reader would  have had a different take on the book. For example, some people skim and scan the books they're reading, whereas I read every single word. But even for me, the memory of the book would only be a distillation of that string of words. (Probably, what is left in my memory of La Nausee is no different from that of a skimmer/scanner.)

So, in the case of the total obliteration of all copies of La Nausee, in what sense can we say that it ever existed?

Rolls and Rechniewski go on to say: "As a series of words, it is untouchable." p7

Do they mean in the Platonic sense in which the form of a circle is said to be untouchable even if no actual eaxample of a circle can be found in the real world?

I doubt they mean that the "series of words" which constitute a particular novel, albeit that the series is unique to that novel, has the same status as a Platonic form such as a circle.

Clearly, I'll have to think more about this.
Posted by Tony Morris at 15:30