The coffee shack re-opened today and was pretty busy. No pains aux raisins but the croissant was pretty good and the coffee exceptional and served for some reason in a wide cup like a bowl with a handle. 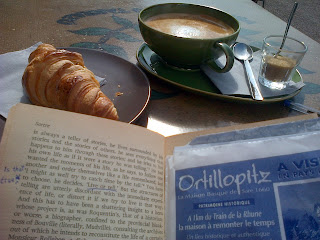 Took with me Arthur C Danto's book on Sartre. 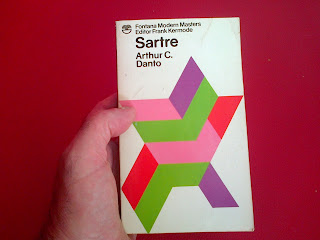 Directed my attentions to Danto's dealing with the gap between language and the world. He refers to Roquentin (the main character in La Nausee) as having an "almost mystical encounter" when he apprehends the world stripped of its veneer of words. And further down the page (p17) says: "This was a philosophical and indeed a kind of mystical vision."

So, it would seem that I'm almost a kind of mystic. 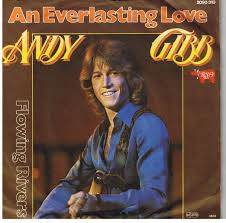 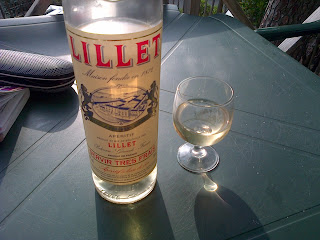 Cost per head including drinks:£7.50

His chapter about his time at the Citizens Theatre, Glasgow is full of some brilliant descriptions of Glasgow's cityscape. 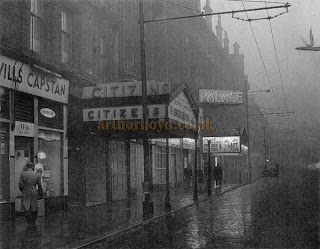