Yesterday, travelled down from Ile d'Oleron to Lacanau-Ocean via the Royan-Verdun crossing of the Gironde. 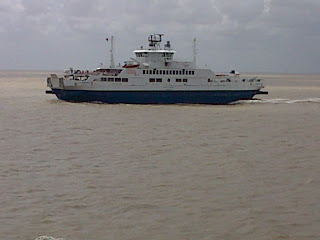 On the way, the road ran alongside a railway line, very much still in use but with extremely rusty overhead wire stanchions. 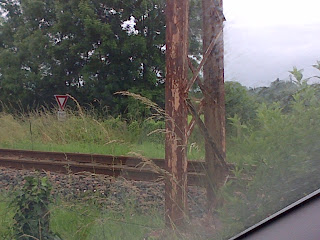 An episode from last week of Radio 3's Late Junction - thanks to the excellent wi-fi connection at this campsite.

Ingredients purchased on arrival at the camp supermarket and cooked in the cabin.

Gave up on the Andrew Loog Oldham book - one-dimensional.

So, as an experiment embarked upon the first volume of Rubert Everett's memoir, "Red Carpets and Other Banana Skins."

The most significant element of this is that I'm reading it on my wife's Kindle. Not a fully satisfactory reading experience; nevertheless, Chapter One is HILARIOUS.

1) This issue of 'Contingency' continues to irritate me. Sartrian scholars contrast contingency with necessity in that there is no necessity for the existence of an object in the real world eg a tree: a tree is simply there, it doesn't have to be there.

That's fine and I appreciate that fact. But, why use the word "contingency" to describe this state of affairs?

My confusion centres around the customary use of the word "contingency" in conjunction with the word "upon" as in 'the existence of this tree is contingent upon its receiving a supply of moisture to its roots.' From that perspective, a tree is not simply there.

2) Came across a new idea today, according to one of the scholars writing in "Sartre's Nausea", the hero of the novel is not the main character, Roquentin, but the condition which he suffers from: La Nausee.

It never occurred to me that a novel might be primarily about a condition or an object or a feeling rather than about a person.

This is reinforcing further my intention to enrol in a class on Literary Criticism this autumn.