Can only Dylan sing Dylan? 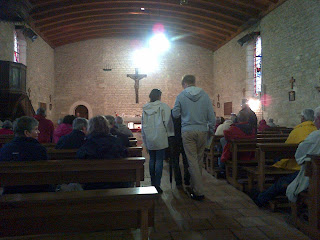 Attended Mass yesterday evening in St Trojan, Ile d'Oleron. It's a simple church with simple decor. Like all churches on the island, there are model ships either hanging from the ceiling or on display in glass cabinets. 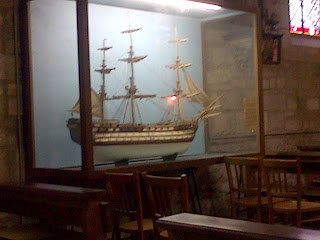 Unlike our camp site last week which had a very high proportion of British tourists, Ile d'Oleron is almost 100% French - and we like that. And so, last night's excellent restaurant was packed with French, mostly middle class and middle aged diners - women smartly dressed, men in t-shirts.


Decided on the Rable de lapereaux despite not knowing what it was. Suspected it was something to do with "lapin" ie rabbit. Afterwards, looked it up on Google but was none the wiser. Asked the receptionist who also had to look it up on Google and, yes, it was "the back of the rabbit", she said doing a mime which involved her twisting around in her seat and pointing to her back.

Last week's Desert Island Discs on BBC iPlayer where the classic Bob Dylan track "Sad Eyed Lady of the Lowlands" was chosen by the guest - but sung by Joan Baez. I do not dislike Joan Baez but her version utterly killed the song. A bit like the Bachelors singing a Sex Pistols' track.

Clearly, the great song writers like Cole Porter, Irving Berlin etc depended upon other people rendering their songs, but, in my opinion, there are very few successful covers of Bob Dylan songs.

For the past few years in Glasgow there has been a Dylan tribute night where well-known Scottish singers have each sung their favourite Dylan song. But on the whole the renditions have come over as being "worthy" rather than inspired.

Asked one of the receptionists whose English is particularly good (and who had lived for 2 years in Notting Hill) whether I was correct in thinking that Sartre's La Nausee was a set text in French high schools. She said only if you were specifically studying French Literature. When I asked  her if our interpretation of the French TV news was correct and that philosophy was being dropped from the Baccalaureate, she looked blank and said that she never watched the news. "But I do read a lot!", she quickly added.

Out of utter boredom, my wife had picked up one of my Sartre commentaries when I was at Mass last night. "It was like a manual.", was her verdict. 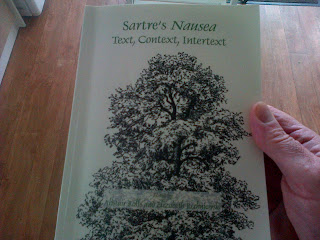