Today we travel south for Vieux Boucau which like almost every other town/village/commune we've been to in this part of France is an official stop-over on the pilgrims' route to Compostela de Santiago.

The symbol for this pilgrimage is the sign of a shell and one sees it imprinted on lampposts, trees, road signs etc in any village which is on the official route.

David Lodge has written a brilliant novel about this pilgrimage: 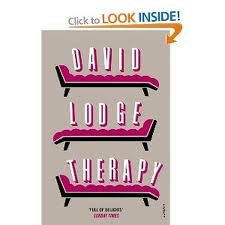 Last night, at the camp site, as part of the entertainments programme, a French 'covers' band took to the stage. Utterly brilliant. they started off with some extremely accurate renditions of boring Eagles songs but after 90 minutes progressed to some really exciting renditions of Muse numbers. 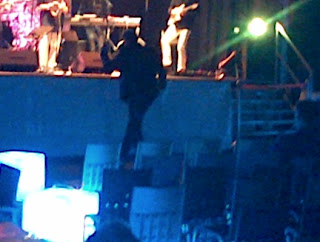 The band were called Texas Radio. At one point this lone male dancer emerged from the crowd and danced dervish-like.

Utterly superb rabbit parcels from a butcher in Carcans. I added some courgettes to the final dish. 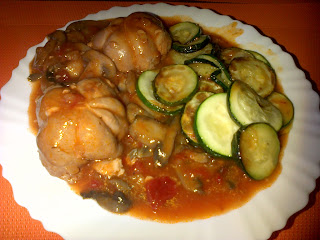 There is a facility at this campsite (as there is at many) whereby one can leave abandoned holiday books for other people to read.

I decided to jettison a manual on Tai Chi (utter pile of total crap) and my Loog Oldham memoir (disappointing). Not sure what other campers will make of these items.

I appreciate that most other people don't give a toss, but the increasing absence of priests in France is slowly killing me.

Lacanau Ocean shares a priest (dying on his feet) with two other towns (Carcans and Hourtin). Last night the modernist church of Lacanau-Ocean had its turn.

The church at Lacanau-Ocean is rather like a supermarket building. 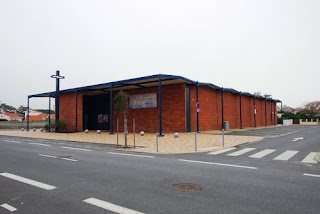 But quite jolly inside. 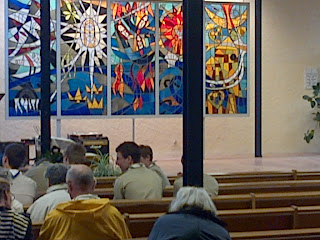 And, of course, Mass is Mass.