While I'm waiting for (ever?) various HO scale plastic pedestrians to arrive for my nightclub street, I'm turning my mind to another area of the diorama which will be fairly heavily populated: the church square.

I'll also have to install the lighting under the stained glass dome. 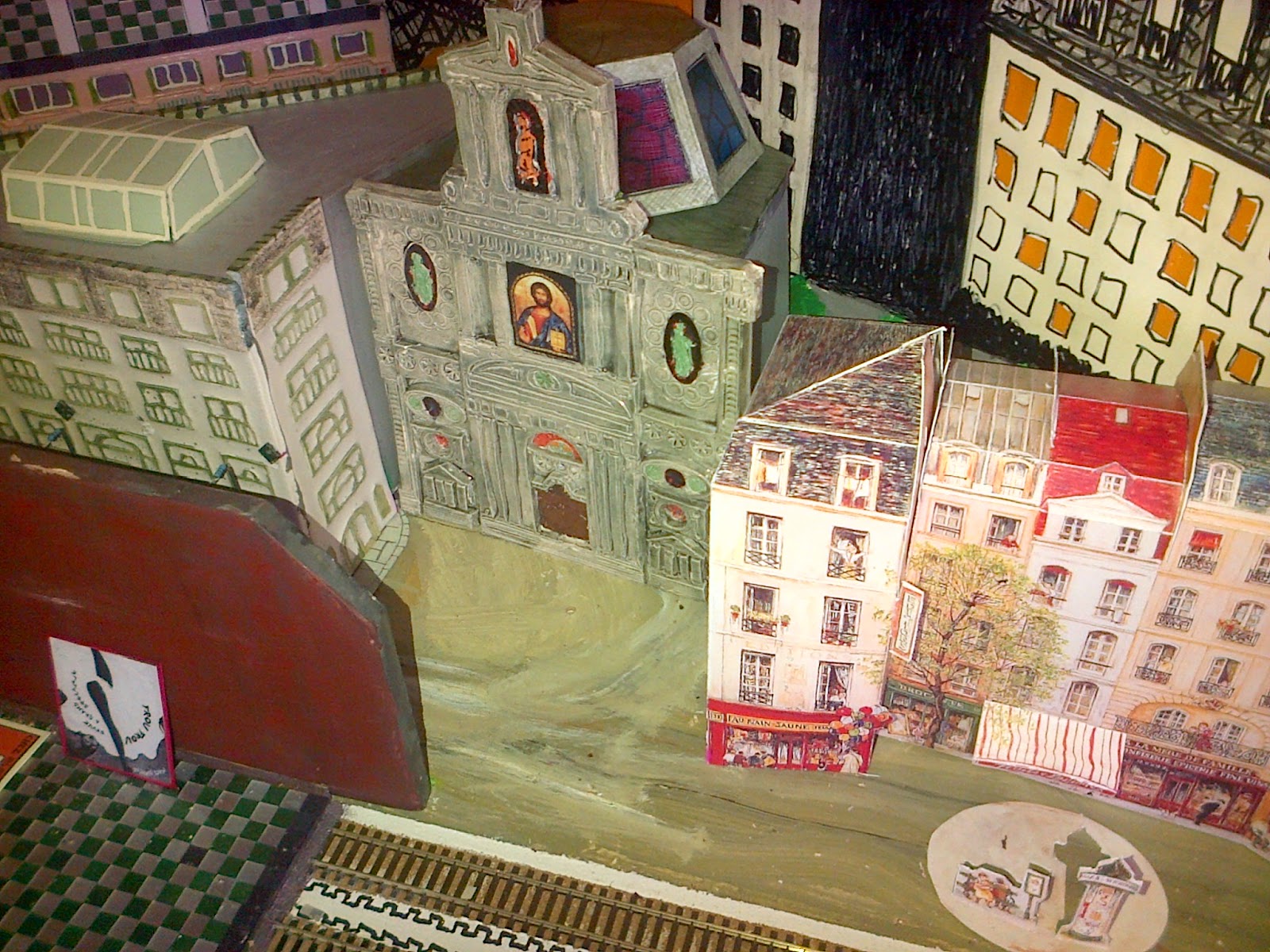 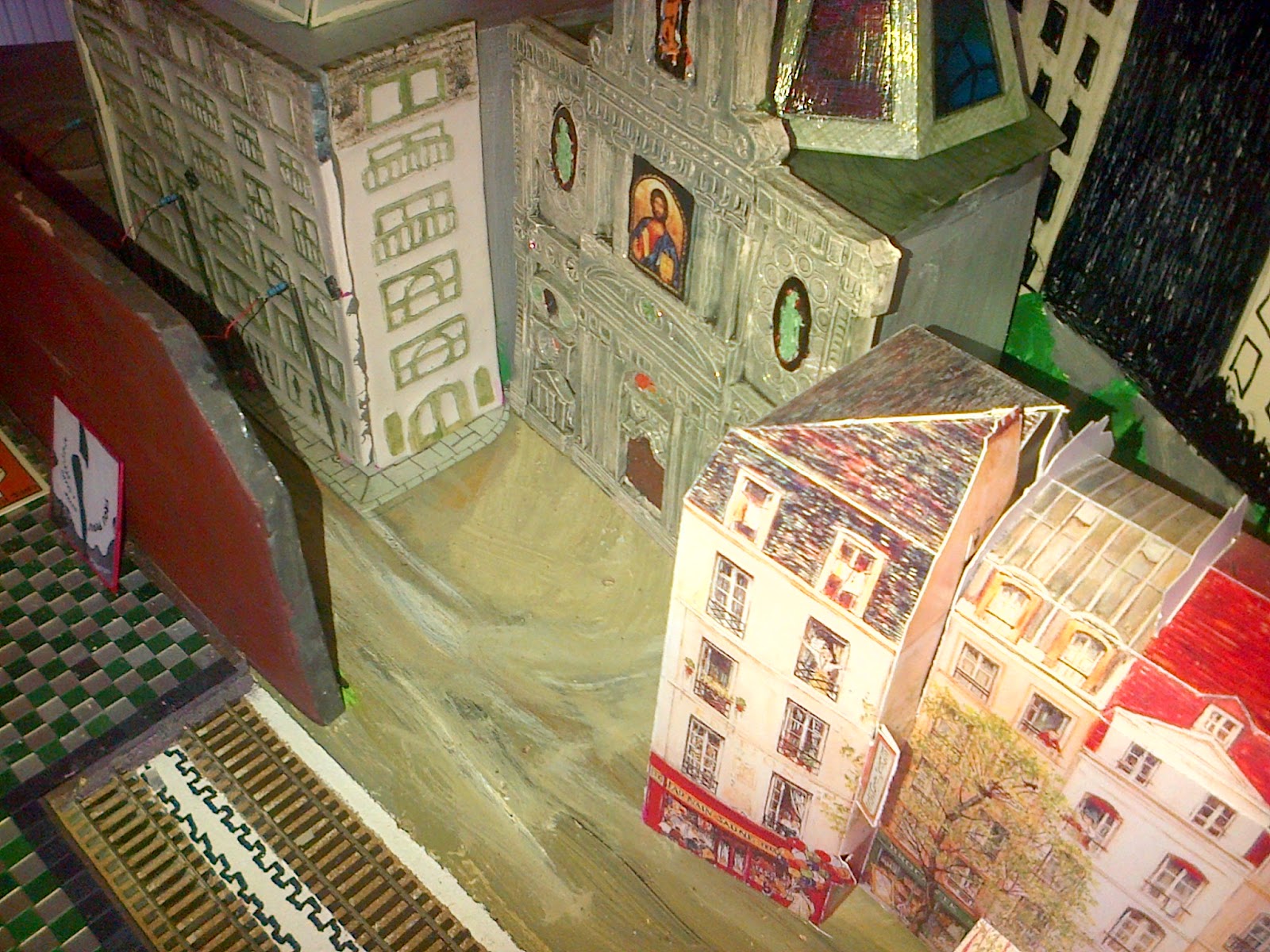 I'm going to set up the Preiser tables and chairs in the square; being served from a restaurant whose entrance is that double door to the left of the square. 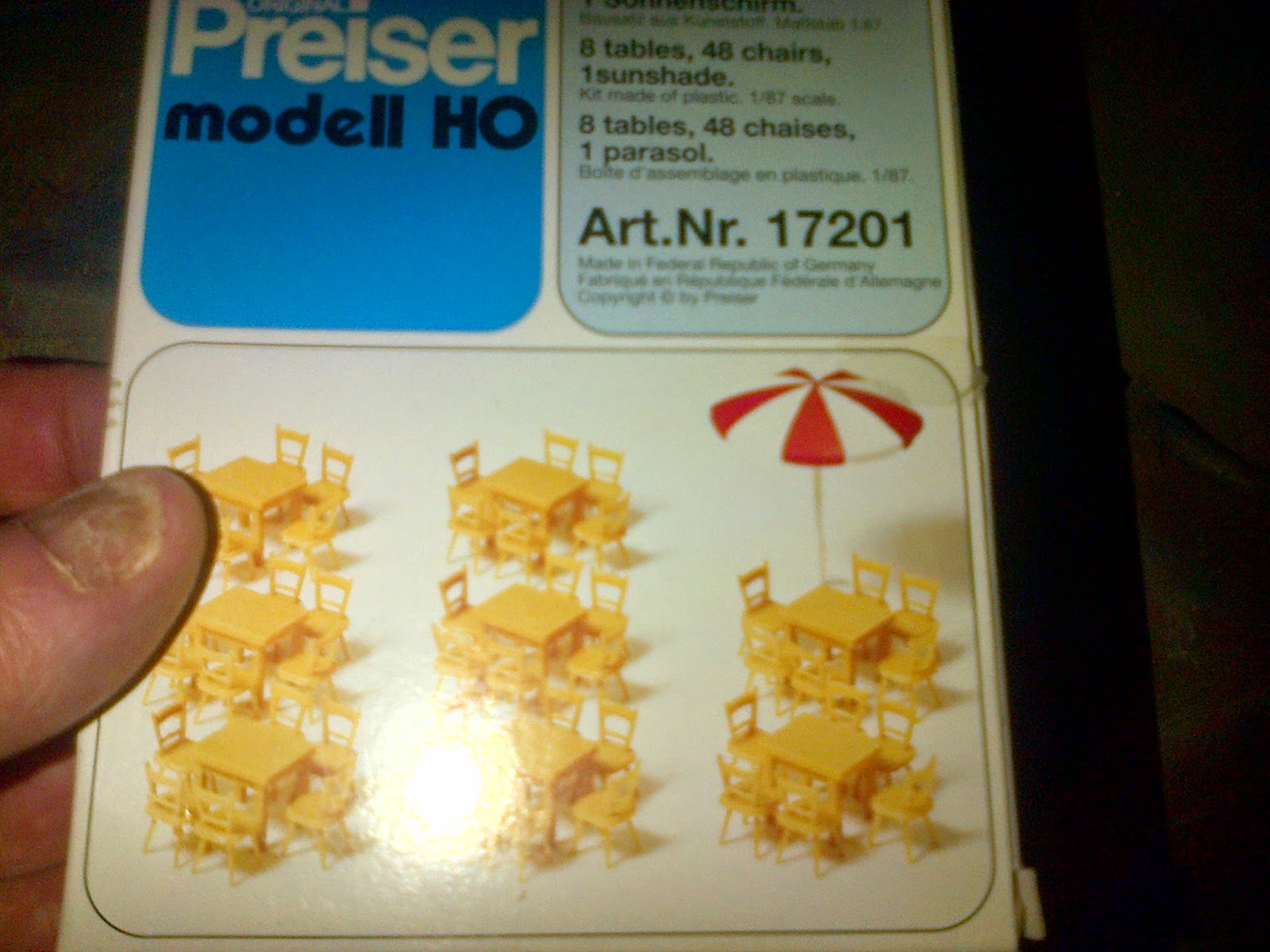 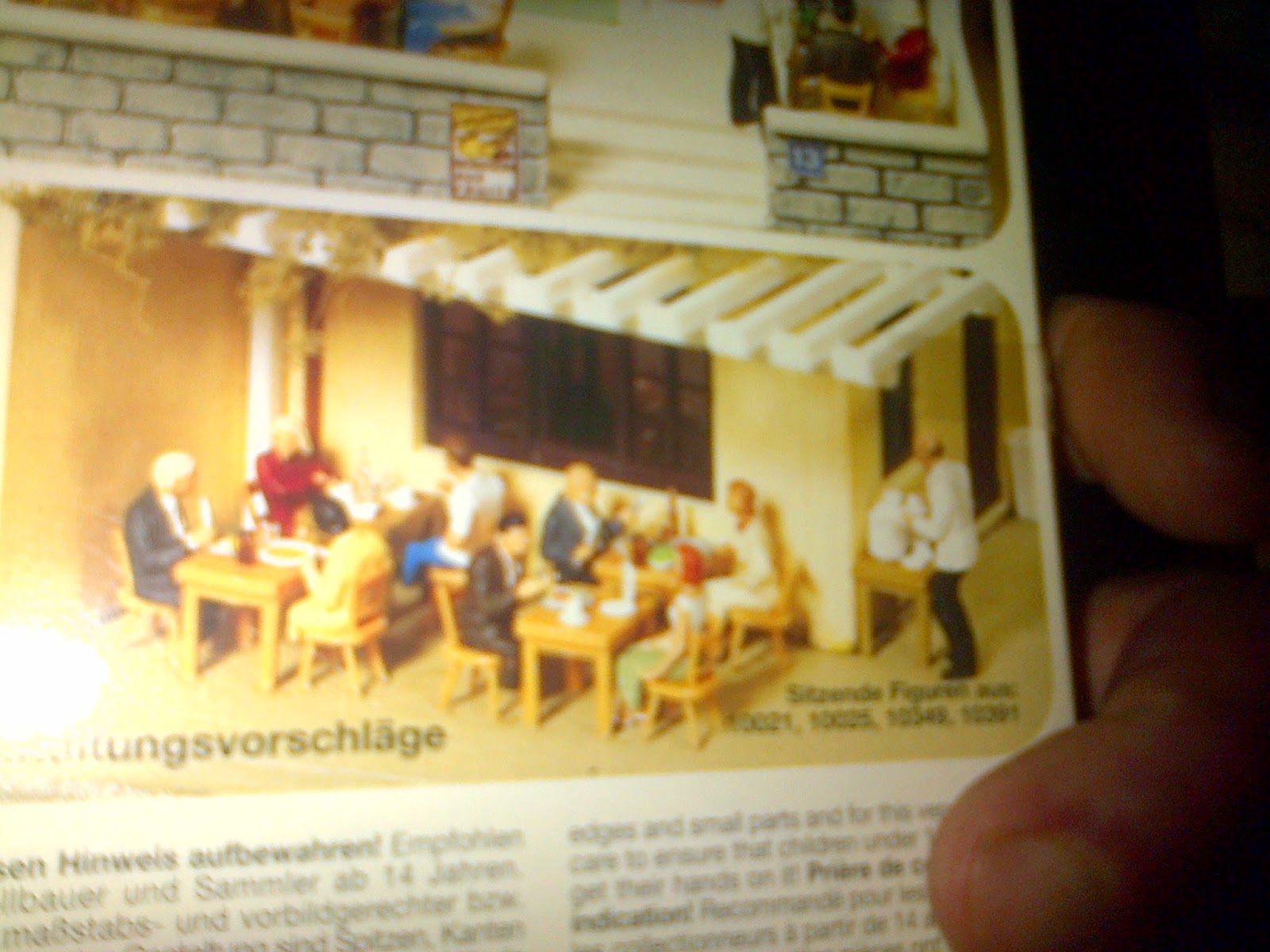 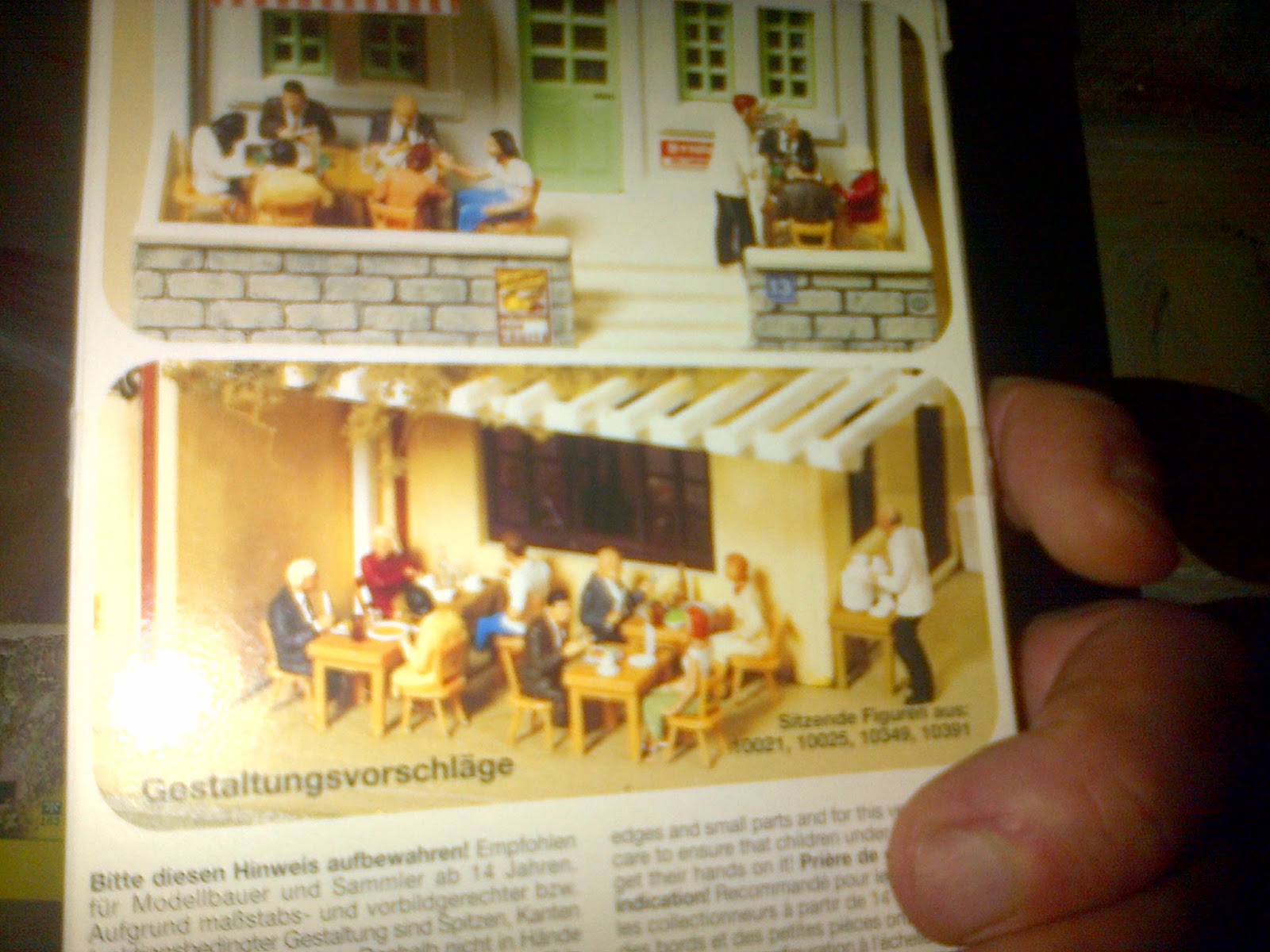 But, there will also be a crowd of people on the steps of the church itself.

Every now and again, I hear a record which sounds banal on first hearing but which nevertheless sends out the message: "If you play me again, you'll see what I'm all about." Then follows 72 hours of almost non-stop playing.

Came across such an entity buried in the middle of Optimo's Monday night broadcast on Rinse FM. Emailed Keith McIvor (one half of Optimo) and he replied instantly with the name of the track and the artist's name.


This link will take you to the record on youTube. As I say, banal at first; but then compelling.

In desperation, cycled to Mitchell Library in search of some books to read. Rapidly coming to the conclusion that I have read every decent book that has ever been written; there, may be none left.

Returned with this haul. 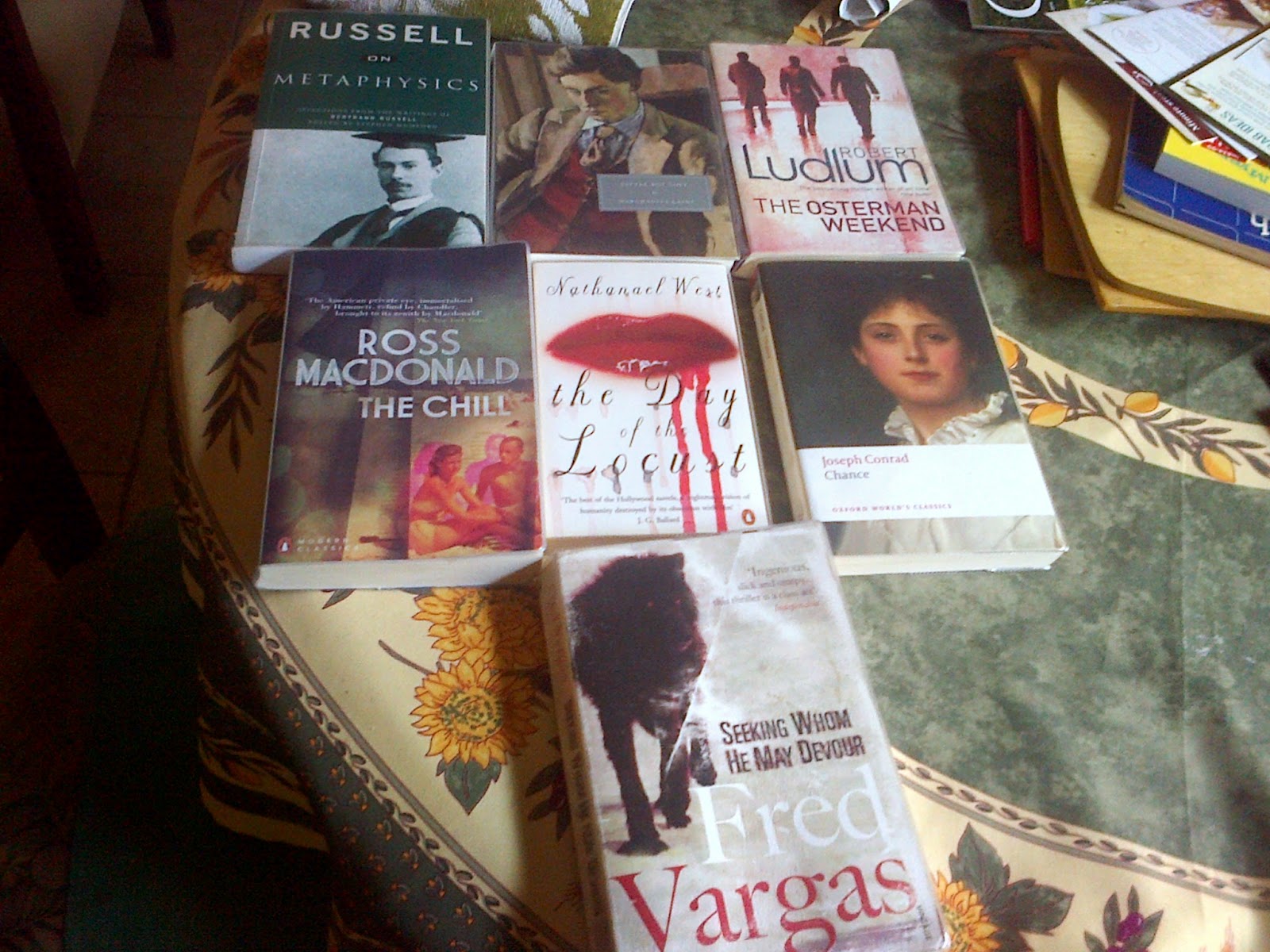 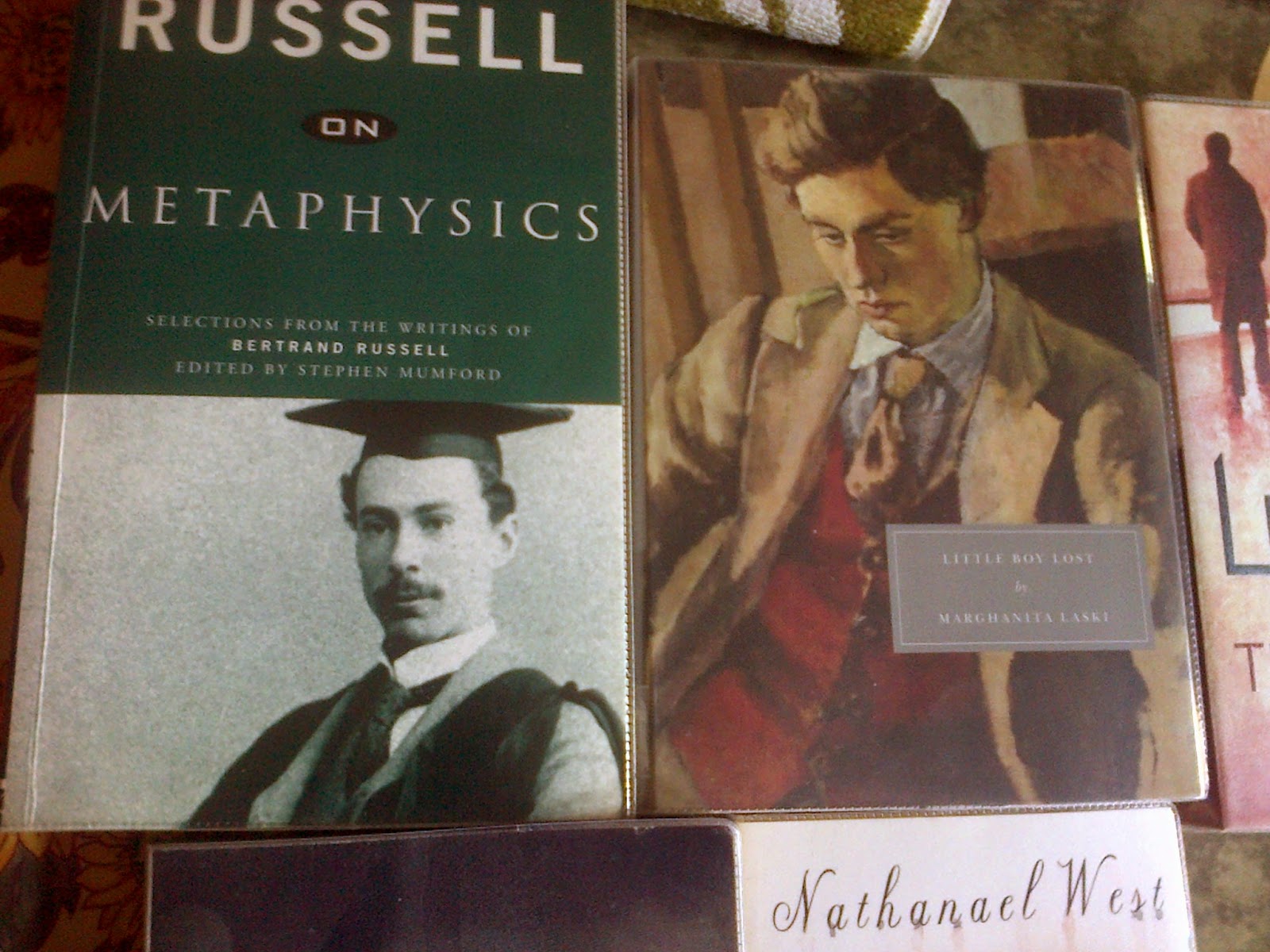 The book on the right is written by Marghanita Laski and is set in post 2nd World War France. Laski was a famous 20th Century Jewish intellectual and was a frequent member of radio panel games in the 50s and 60s.


Bertrand Russell is always worth reading because he writes in plain English. 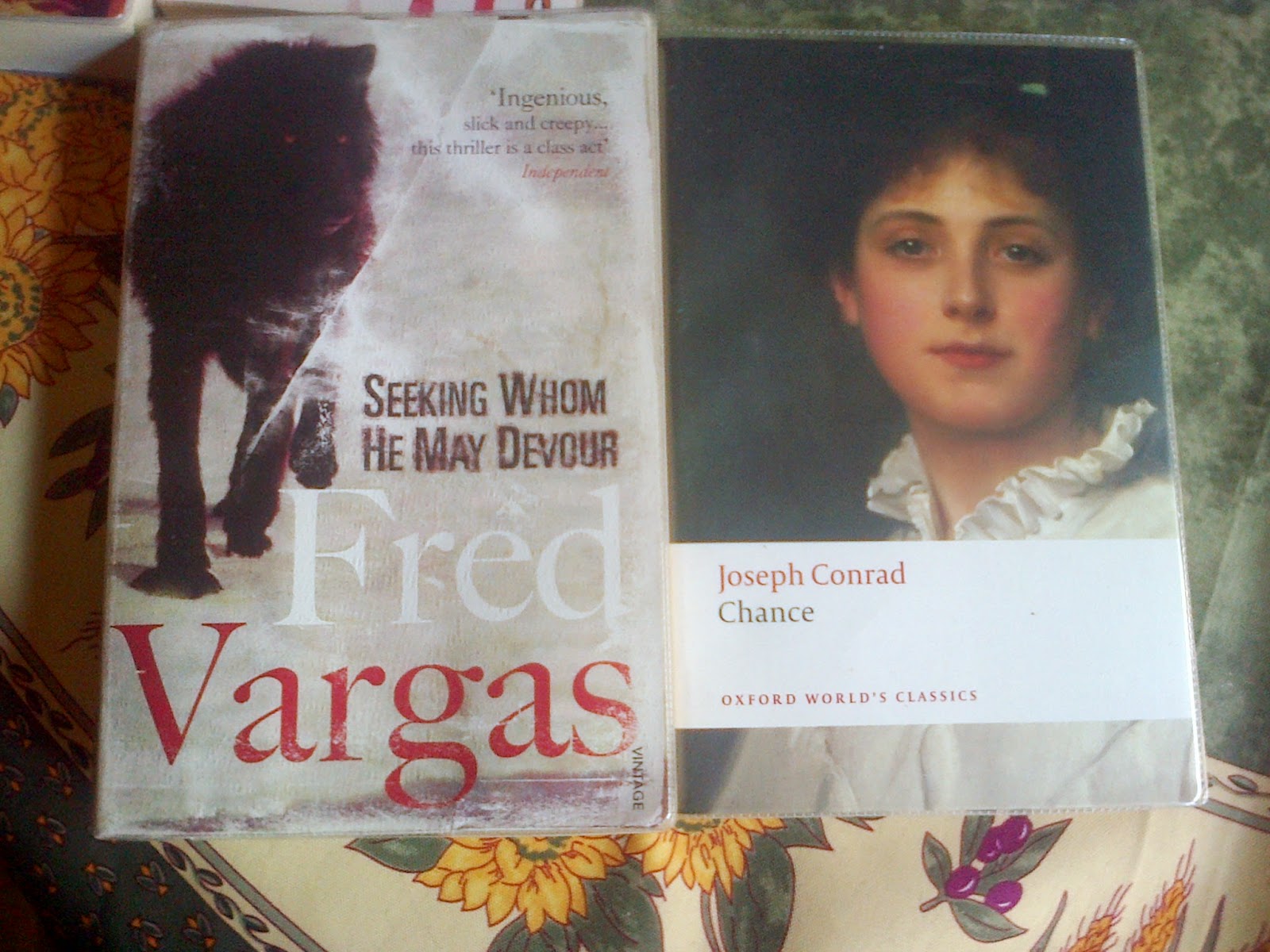 Never heard of Fred Vargas, but the book is set in France. Joseph Conrad is a supremely lucid stylist and "Chance" is one of his books that I haven't tackled. 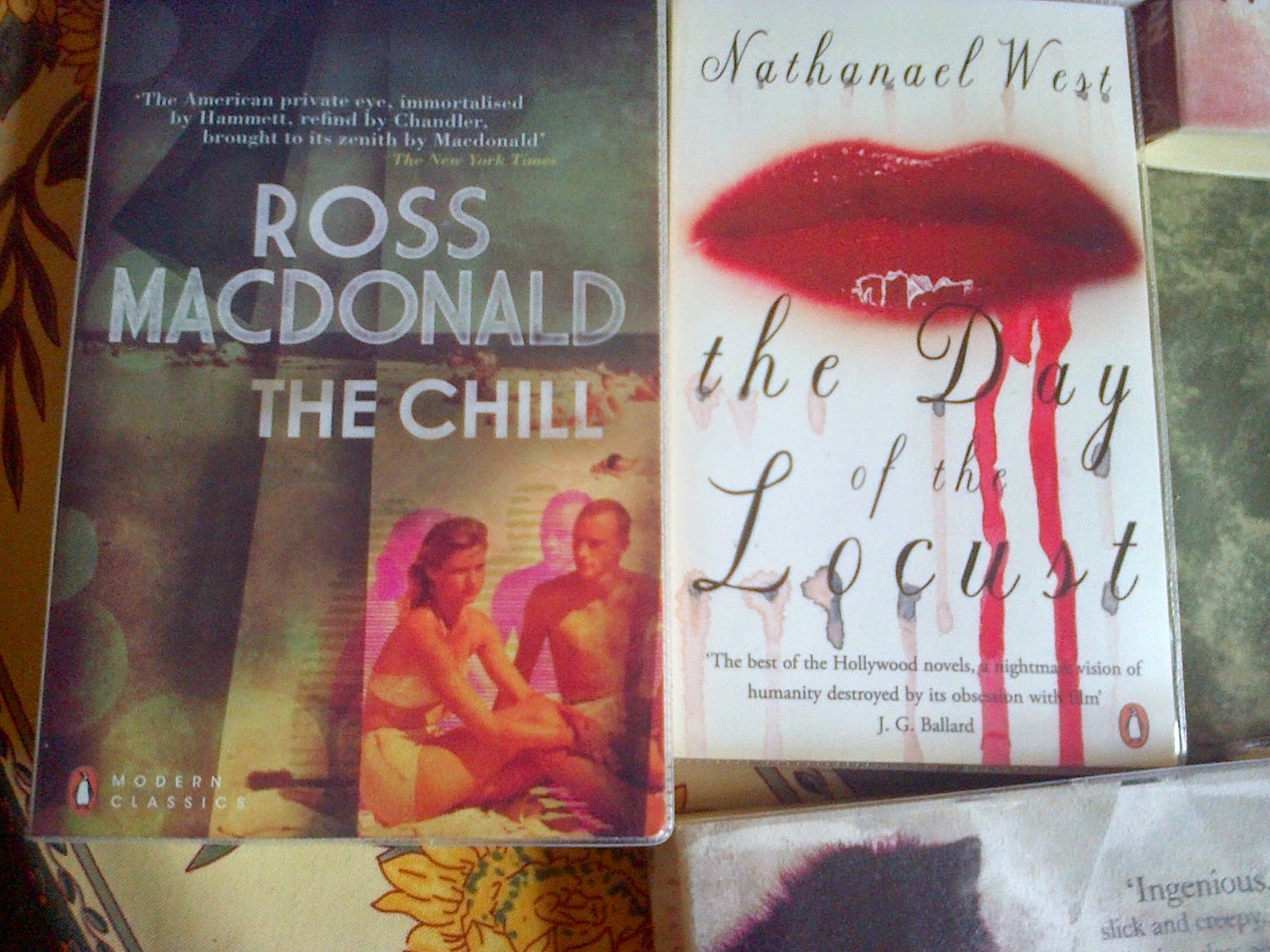 Ross McDonald might be worth a try - on the basis of the cover..

Obviously, I've heard of "The Day of the Locust" but have never read it before, thinking that it might actually have been about locusts. 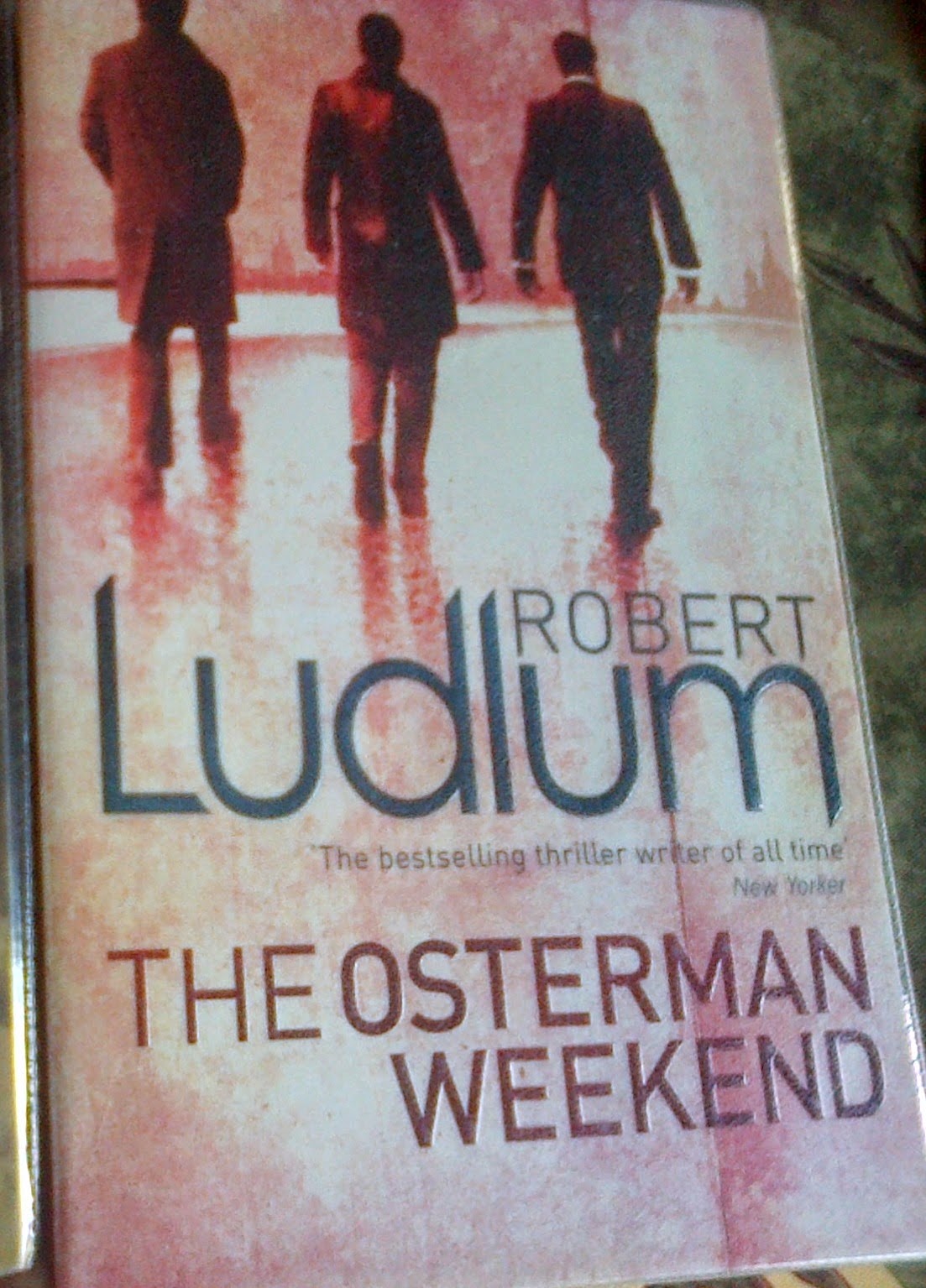 How times have changed.

I mentioned above that yesterday I emailed Optimo to get a track identification from a radio programme and got a reply 45 seconds later.

It reminded me that about 12 years ago I'd made a similar request of the Radio 1 DJ, "Westwood". But on that occasion, I wrote him a letter and, very decently, he wrote me a letter back with the required information.