Some tinkering is required to the backdrop of these buildings - note the plain orange between the theatre and the yellow building; and the black side to the church. 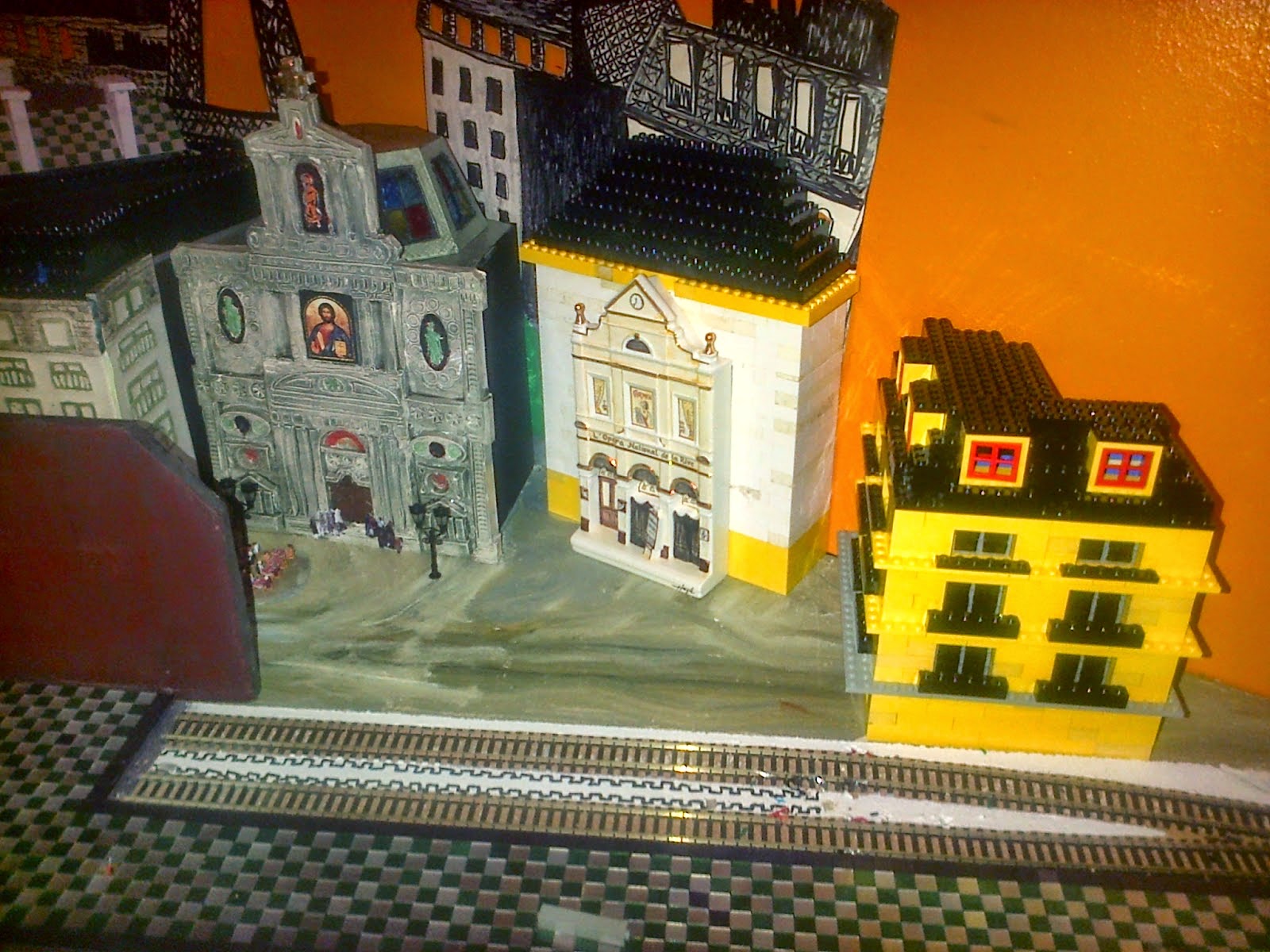 So, I removed the sheet of black card that had been propped up against the side of church and slipped it in between the theatre and yellow building. 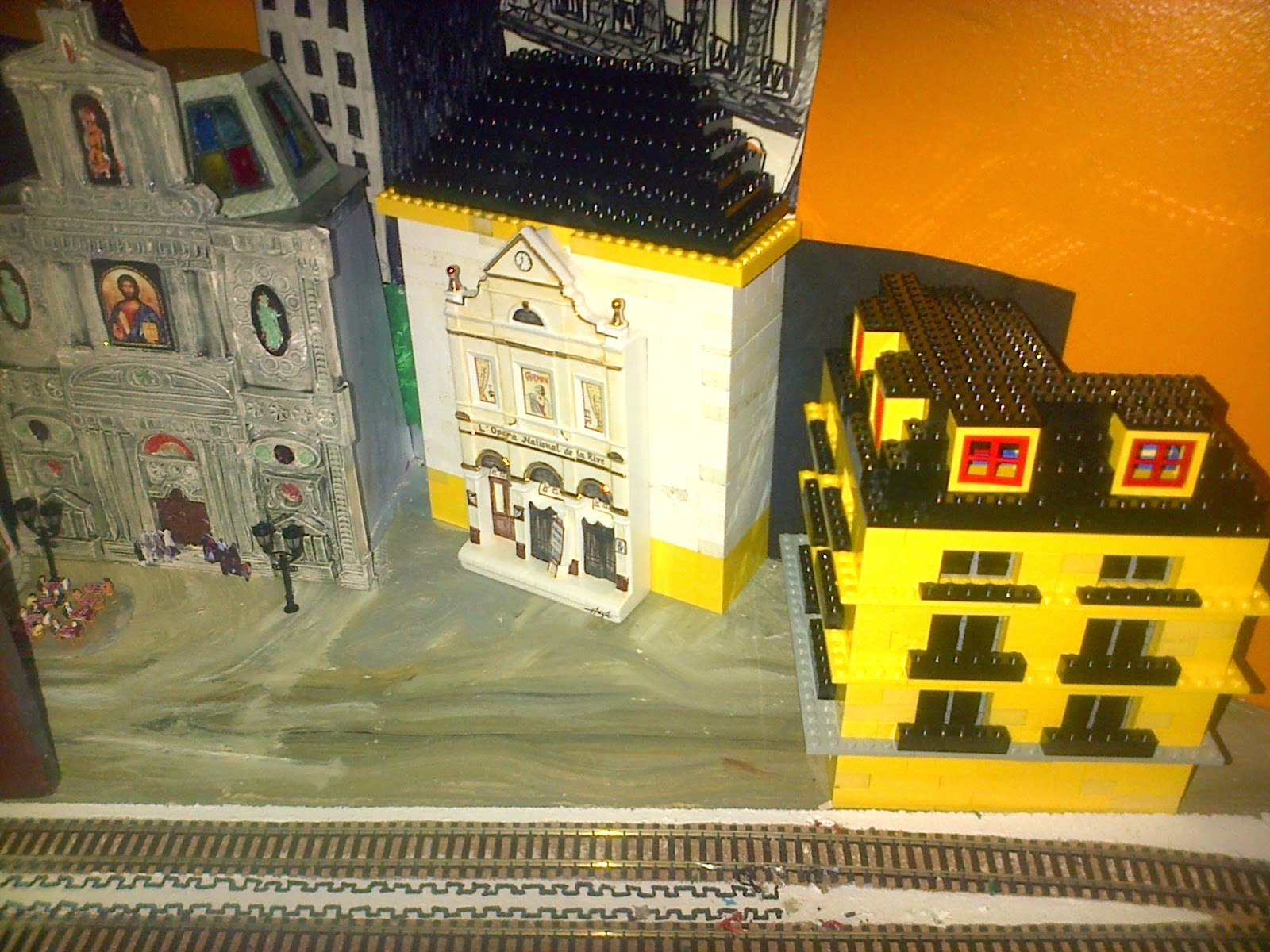 I think that makes for a better visual dynamic - but more tinkering is required.

When David Niven was 10 years old he was expelled from his Public School, and in his memoir, "The Moon's a Balloon", he recounts the following traumatic incident which occurred when, in disgrace, he arrived back in London by train (on his own of course) on his way, so he thought, to stay with his mother on the Isle of Wight.

Instead a man boarded the train before the young Niven had a chance to get off.

Tremendously enjoyable session at the Saturday morning Samba class. But we played everything at an incredible tempo and I was forced to revert from playing with my newly acquired highly practised arm movements to the verboten rapid wrist rotations.

In other words all that "good practice" went out the window in the heat of battle. But, it was significant that I actually enjoyed making my contribution; that's real progress.