Need to screw down the wooden platforms prior to covering them with mosaic tiles.

However, where a curved stretch of track reaches a platform, it is critical that one tests that passing rolling stock do not catch against the edges of the platforms.

I used my longest carriages to carry out this test - they are from my Le Capitole set, manufactured by ROCO.

As a result, had to adjust the position of the platforms slightly. Hope these photographs explain the situation. 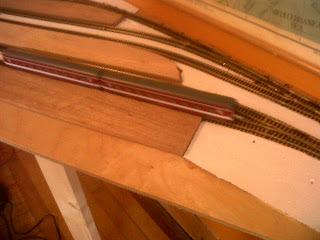 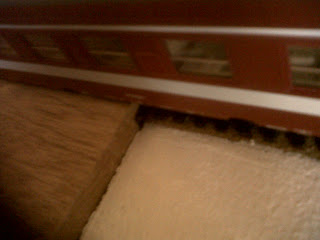 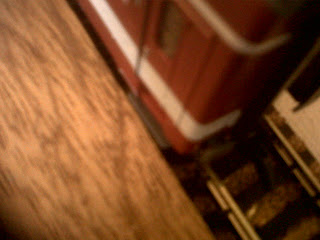 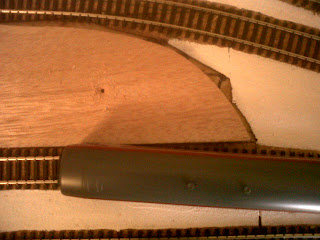 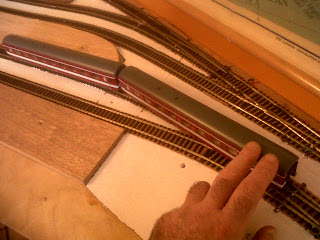 Was then ready to screw down the platforms.

Since I didn't want any sticky-up screws when there was mosaic to go across them I used a countersinker attachment first. 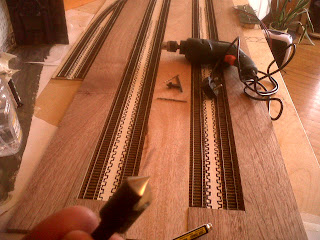 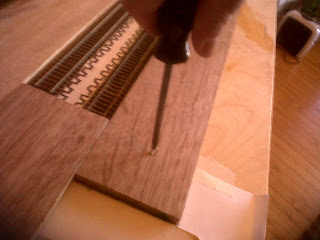 What I must remember to do is to mark the tiles that sit above the screws so that if I ever need to lift the platforms I can easily find the screws.

Last night, went to GFT and saw a great film set in 1980s East Germany - "Barbara". The cinematography and acting were both vastly superior to anything one sees in mainstream English language films.

It was like being in East Germany and every character was entirely believable. 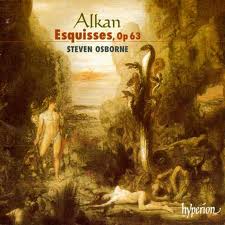