Want to crispen up the appearance of the tracks where I have been experimenting with ballast.

The problem has come about because one distributes ballast by pouring it over the track and then running a brush along the track to spread it evenly between the sleepers. 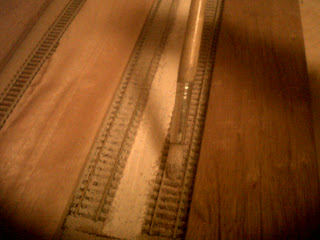 In the course of doing this the sleepers have been horribly lightened in colour because of the dust in the ballast.

Since I hadn't yet glued down the ballast I was able to use a vacuum cleaner to get rid of it and start again.

That left the sleepers still looking very pale and faded. I toyed with the idea of using paint to darken them  but in the end took the lazy man's route (also my favourite route) and used a black ink permanent marker. 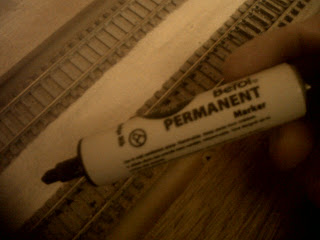 15 minutes later and the job was done. Very pleased with the effect. 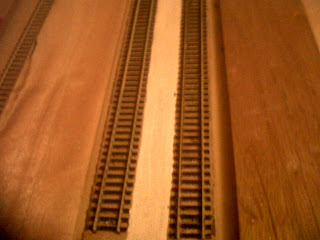 The next task was to wash the ballast in the hope that the dust which was discolouring the sleepers would be largely removed.

Downloaded the recent Hot Chip album, "In Our Heads".

Have tickets to see them perform in Glasgow on Friday night so thought I would familiarise myself with their latest stuff. Sounds pretty good. 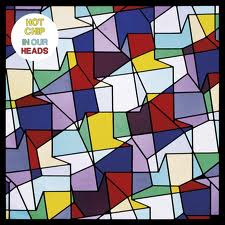 Despite leaving in plenty of time for this morning's Mass at St Paul's, Whiteinch, I found myself arriving at the very last minute and slightly irritated at being delayed by totally unexpected traffic jams.

Several weeks ago, the Parish Priest, reminded us all that we should prepare ourselves for Mass. We should leave in plenty of time so that we can be seated in church prior to Mass beginning; time that we should then use to collect ourselves so that we're in the appropriate frame of mind ie calm and receptive.

At the time that he made this comment, I remember thinking that although there was a lot to be said for coming to Mass  in the right frame of mind, my experience was in some sense the exact opposite.

It has never ceased to surprise me (and also to confirm my faith) that whenever I have arrived in Church with my mind all over the place, or filled with raging ideas and emotions, God instantly calms the storm and I am able to approach the altar to receive communion with the same awe-filled and grateful state of mind that I always have at that moment.

I was thinking these thoughts this morning as I scurried from the car to the front steps of the church.