Traipsed along to B&Q  DIY Store looking for a gloss violet paint; the idea being to paint the edges of the wooden platforms the same colour as the violet mosaic tiles that run up to those edges.

Needless to say, this was not a straight-forward task. But after much searching of the aisles, I found what looked like a most unlikely possibility: Funky Magnet Paint (purple). 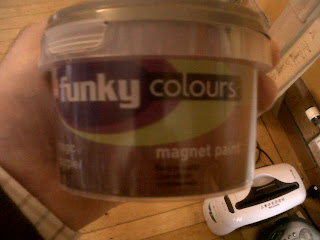 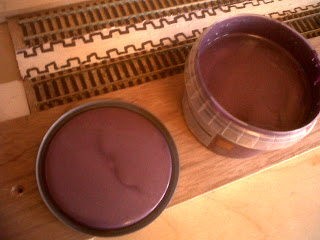 Couldn't find an assistant to ask whether the paint was actually magnetic (it is) or whether it was radio active (who cares).

Did cross my mind that its magnetic properties might interfere with the internal electronics of the locomotives (hope they don't). 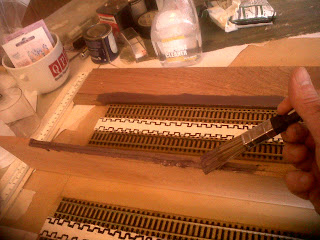 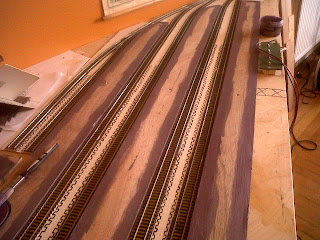 The problem is that the paint looks light under one lighting condition and dark under another.


And likewise the mosaic tiles vary in their intensity.

I'll apply a second coat of magnetic funkiness; I suspect that the wood has absorbed a lot of the  properties.

One positive attribute of the paint is that the brush can be washed in water.

Alan Bennett wrote a play  about Benjamin Britten and W H Auden called "The Habit of Art". We saw it a couple of years ago.

In the course of it Benjamin Britten expresses the fear that a new wave of composers, and Michael Tippett in particular, are coming to the fore and that he is now considered old-fashioned. This is back in the late 50s.

Heard this impressive concerto on Radio 3 last night and wasn't sure what it was but was determined to find out. Simply couldn't even begin to guess who the composer was. It was dramatic, percussive, melodic and emotional.

Turned out it was Michael Tippett's Triple Concerto. 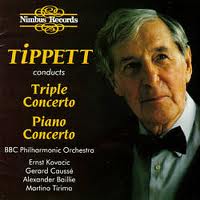 There was an article in yesterday's Telegraph on the rivalry between Britten's and Tippett's legacies.

Some readers had submitted  comments.

Most consisted of a few paragraphs supporting one or  other side of the debate.

The last one just said: "Hugely overrated, both of 'em."