Devoted a couple of hours to browsing the web for details of street lighting in Paris, mid 20th Century.

It was not easy. There were plenty of atmospheric depictions of Paris at night; atmospheres that I would like to re-create on my layout. 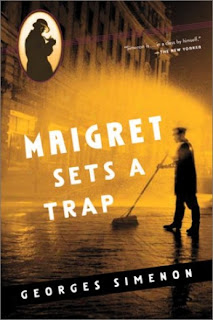 But where is the light coming from?

And sometimes the sources of light seem to be neon advertising and nightclub signs. 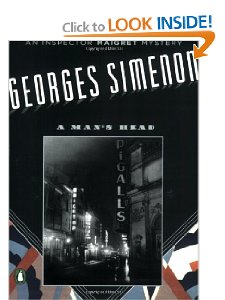 Sometimes the lights are attached to buildings. 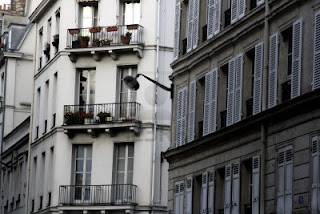 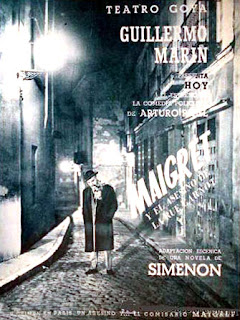 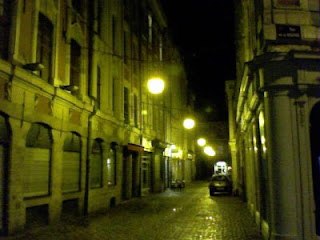 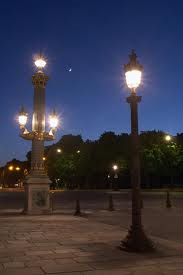 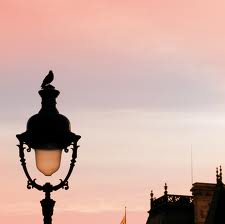 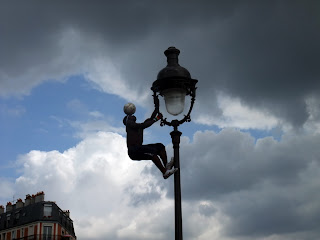 Then there are traditional lamp posts. 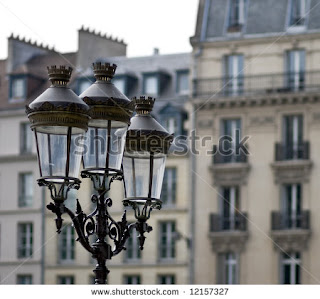 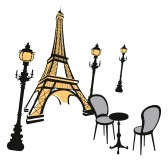 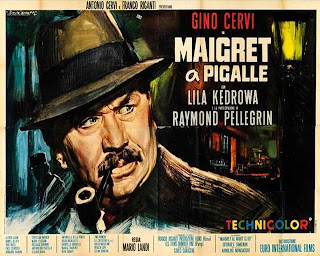 The next step was to match these images with the available HO scale model street lights available. Many are made by a German company called Viessmann. They manufacture a huge array including building mounted lights.

I decided that they would be too difficult to attach to my ceramic buildings.
I quite liked these globe shaped lights, also by Viessmann.

In the end, I thought that the more traditional, lantern style, light would add the most Parisian atmosphere to the layout. 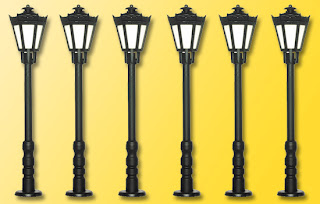 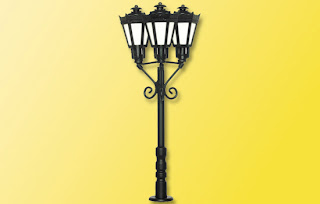 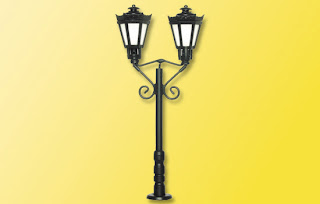 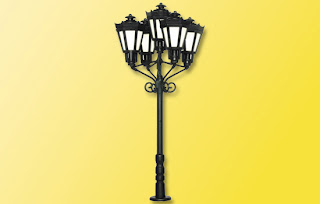 But, Viessmann lights are pretty expensive.
Then, by accident, I came across a model shop in Bradford, FMR, which manufactures much cheaper stuff.
As well as being cheaper, their models are also cruder in design and finish than their German counterparts. But actually, I think "crudeness" will fit in with the overall feel that I want for my layout. 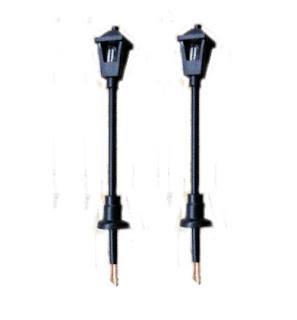 In addition, I ordered some of their "pendulum" lights which could be used to illuminate the inside of my station brasserie or could even be strung between buildings instead of using lamp posts. (I did see a photo of such lights in position somewhere in Paris, but I now can't find it.) 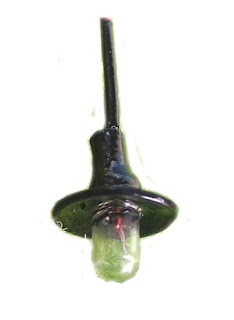 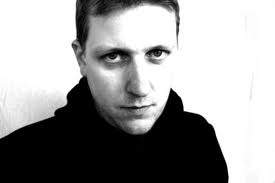