What colour is the Eiffel Tower?

The on-off switches have still not arrived so my hands are tied re progress on the old infra-structure front.

Instead, I've been turning my mind to the backdrop of the layout. Basically, the following sketch shows what I have in mind and have had in mind since this project began 18 months ago. 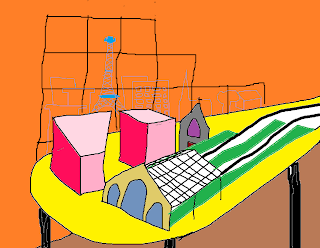 But what got my creative juices going was that painting by Marc Chagall that was included in yesterday's blog. 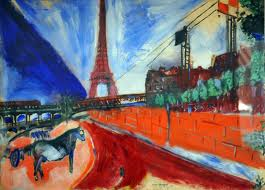 And while I'm at it here are  8 others of the Eiffel Tower by Chagall. 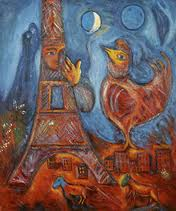 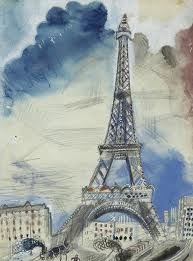 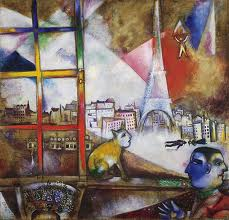 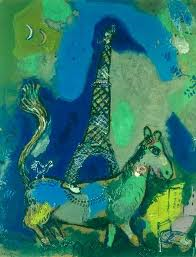 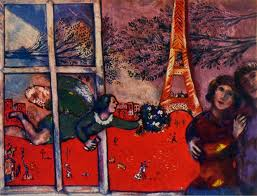 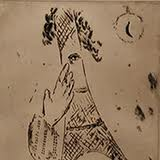 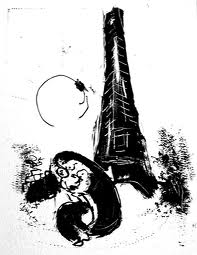 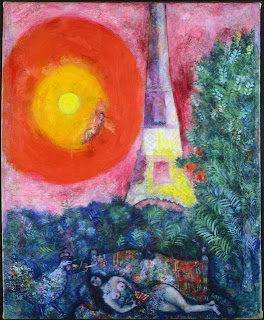 And many by Robert Delaunay, also from the early 20th Century. 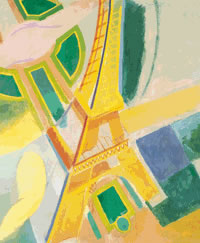 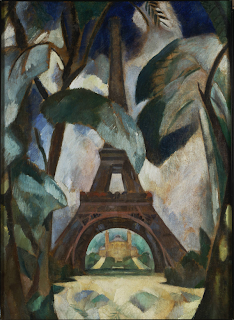 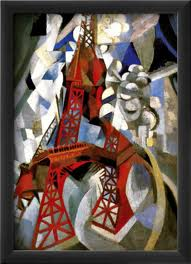 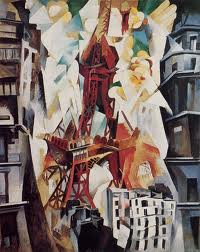 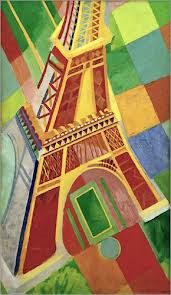 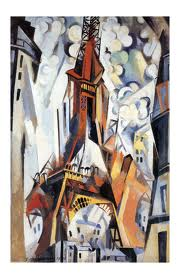 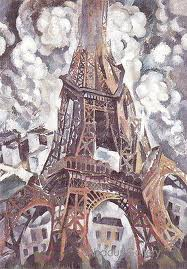 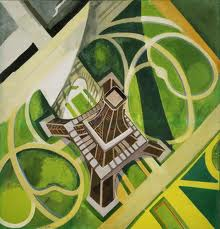 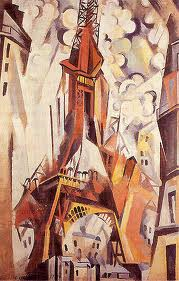 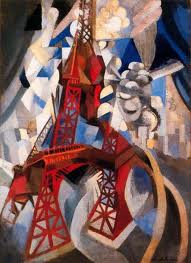 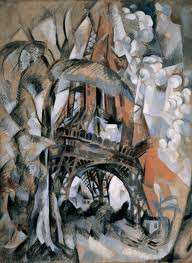 Obviously, my backdrop will have to include the Eiffel Tower and I'm not fussed about the colour in which I depict it. But, the consensus I've drawn from the above images is that I should use a terracotta colour.

When I looked up Wikipedia it said that the tower was in fact painted in three shades of brown: dark at the bottom, light at the top and in-between in the middle.

Rather similar to the colour of the Forth Rail Bridge. 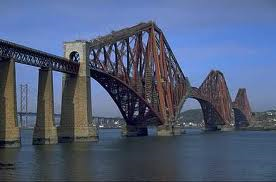 Therefore, I'm tempted to re-visit an idea I had some months back to render the background in terracotta tiles using a technique similar to that used on these tiles by a fellow pupil in my Ceramics class. 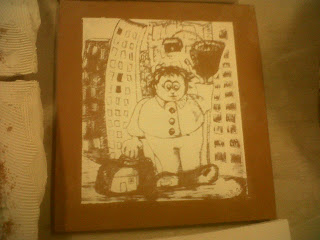 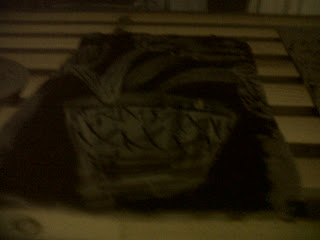 A remarkable recording I have from iTunes of Rachmaninoff playing Chopin. 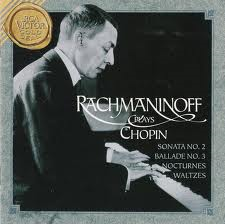 Came across a feature on religion on the BBC  website yesterday in which ordinary people were asked to say a few words about their beliefs.

This is a verbatim transcript from a chap living in the north midlands of England and in his fifties:

I was brought up to go to church, but when I was 17, at University I discovered that a real Christian was someone who knew God in a personal way. I admitted my wrong-doing to God and thanked Jesus for dying for me.


My church going faith was replaced by a living relationship. Now 40 years later after seeing many of the ups and downs of life, I am so grateful that I know Jesus.
I'm very envious of him: he is describing my newly acquired state of being. But he had his realisation 40 years ago. I feel I have wasted 40 years of my life. Anyway, better late than never.
A possible divergence of views would be the importance in which I hold attendance at daily Mass.