Found this very clear map showing the locations of the main and most famous stations in Paris. 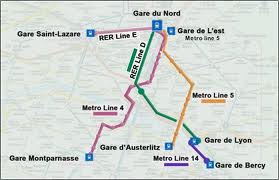 This afternoon went with my niece and her daughter to Glasgow's Tramway Theatre which is an ex-tram depot and a huge performance area.

We saw a Glasgow based dance group called Indepen-dance perform two pieces of modern dance. The first to a soundtrack of electronic music. The second accompanied by a live 5 piece band.

A bit of an extravaganza.  Decided to replicate a fantastic dish served in Lisbon two weeks ago.

Augmenting, in this case, a fillet of hake. 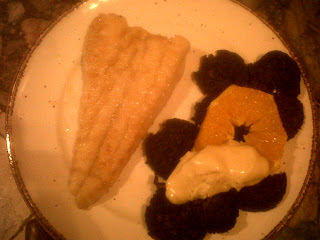 Washed down with Rabo, a red wine purchased from the barrel in an Italian wine shop off Byres Road, Glasgow. 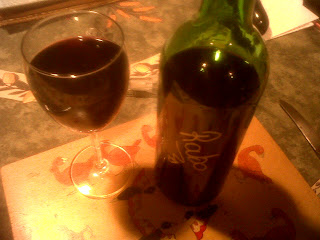 Approx cost of meal per head: a ridiculous £10.50 excluding wine.

I was administered a mild chiding yesterday regarding my choice of reading material.

I had expressed the view that Alan Clark, the late Conservative politician  was a brilliant diarist who was honest about what most folk would be too embarrassed to reveal in a diary; that the diaries were brilliantly written and a sheer pleasure to read. 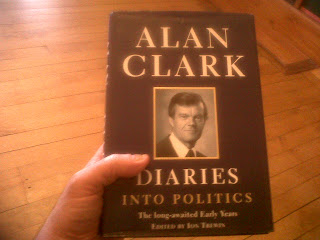 Other diarists, I opined, were not worth reading because they were not that honest and their prose style was crap (crap in my eyes, that is).

The administrator of the chastisement quietly said that all politicians are good communicators.

That was it. That was the extent of the chiding.

But the implication was clear: it was not that Alan Clark was being honest, it was that his brilliant prose style (my phrase) was simply a way of duping the reader into believing his lies - presumably dressed up as 'refreshing honesty'.

Prose style was just one of the tools of the good communicator AKA the slick operator.

I was quite stung by this interchange because I hold prose style to be the Holy Grail of what makes a book worth reading. But maybe all I have been doing over the last several decades is confining my reading to what I find easy to digest ie what is written with the prose style of my choice.

Armed with this thought, I went straight home and picked off the shelf a diary that is much esteemed but which I had given up on because I found its prose style wanting. 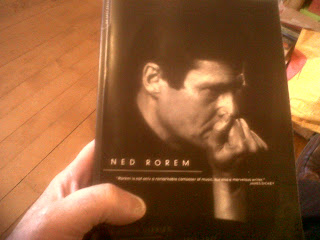 I have to say, I still found it tedious and un-illuminating. But, Rorem is a Pulitzer Prize winning composer and once was president of the American Academy of Arts and Letters.

It must be me.