Another image of the Sous Marin or CC65000 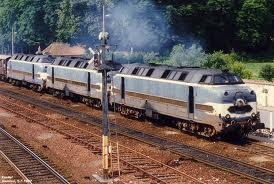 Approx cost per head: a ridiculous £5.

Just shows you what going on a short holiday and eating in restaurants cost.

Felt a bit dozy today so watched a concert on TV by the German electronic group Kraftwerk.

It was part of their Maximum-Minimum tour.

The set up was very striking. Basically, the four men standing at their laptops whilst behind them was shown a really arty series of split-screen videos, each video relevant to the song being performed.

Some of the images were as good as the most profound paintings that one can find in an art gallery. 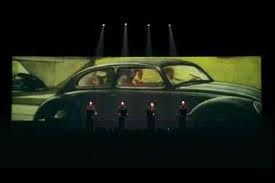 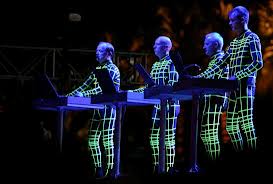 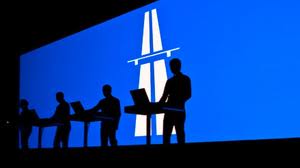 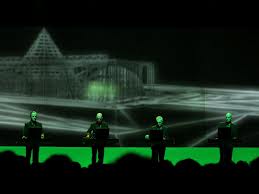 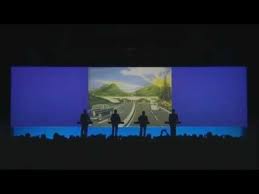 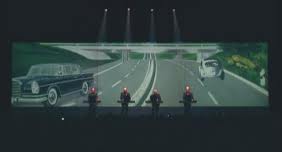 A couple of weeks ago I reported a wonderful experience/realisation that had happened to me in church one morning.

I decided that I wouldn't give a daily update on the consequences of this event. Rather, I would occasionally make a comment.

All I can say is that my life has completely changed.

Technically speaking, it is my attitude to that life which has completely changed.

I'm too tired to detail the nature of this change other than to say that I have been waiting  over 45 years for it to happen. In that time I carried out all sorts of activities in the hope of achieving that change but to absolutely no avail whatsoever.

That is not to belittle any of those activities; they probably achieved much good in their own right. But they did not achieve the particular end I was looking for.

At the end of the day it was God who deigned to come to me. He came despite my numerous failings and regardless of my many misguided efforts to persuade (bribe) him to come .

Although classes have finished, I have still been trying to get to grips with the nature of Tango; admittedly at its most basic level.

Last night I made a little discovery which I think might be one of the building blocks of dancing with a partner.

Basically, it is to do with what's called 'the cross'. The 'cross' is simply when the female stops and crosses her feet.

I could never perceive the antecedents of the cross: I could see no connection between what the man did and the woman's decision to stop and cross her feet.

But basically what happens is this (don't quote me on this or sue me if you fall head over heels).

The man moves forwards 1) right foot, 2) left foot, and then 3) brings his right foot besides his left foot and thus stops, feet together.

The woman does a mirror image of this going backwards ie backwards 1) left foot and then 2) right foot.

But at the point when the man brings his right foot next to his left and thus stops feet together she brings her left foot back NOT to be next to her right foot but to cross over it.

Her cross is the equivalent of the man's standing feet together.