Temporarily rigged up my LED lighting strip beneath one of the canopies of my pink ceramic building. 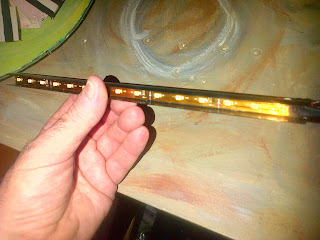 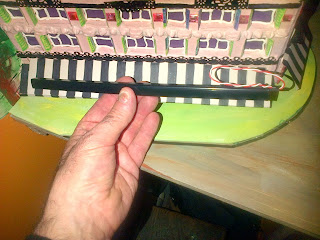 And turned on the power!


Verdict: technically, it's OK - needs a bit of repositioning to eradicate unwanted beams escaping eg that one against the back wall.

But, aesthetically, it's hopeless. The light produced needs to produce a cosy effect. It's meant to be a cafe not a squash court!

On the market there are available coloured LED strips eg warm white, yellow, green, all of which would make for a better cafe-effect.

Also, there are "flickering" LED lights available. The flicker is said to look more realistic and simulate real life interior building lights. And, presumably, the subtle movement  imparts a bit of life to the scene.

Before, I go down that route (ie spending more money - route), I might try to make a coloured filter for the existing LED strip from some of the leftover coloured acetate sheets that I used to make the stained glass windows of my church on the layout.

Two reggae records that my bongo tutor has provided stroke-patterns for:

In today's passage, Arthur describes when he had taken his now elderly Dad back to Colditz where, among other places, he had been held as a WW2 prisoner of war.

The dominant memory that returned to his Dad was not of physical fear, poor conditions and captivity generally, but, rather, of the desperate hunger that ravaged all the prisoners. They even had to catch rats in order  to feed themselves. (Far cry from the TV dramatisations of Colditz and the like.)

Out of curiosity, Arthur Smith asked his Dad what rat tasted like.

Even now in his stand-up routine, he uses his Dad's answer  - an answer given, after some reflection and with no irony.

This afternoon cycled across the Clyde,


To see the newly built Sikh temple in Albert Drive. 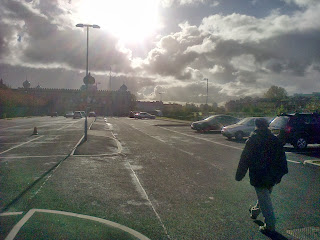 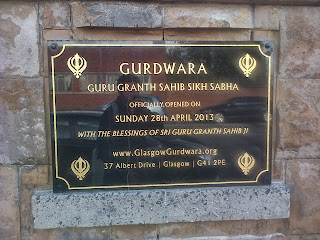 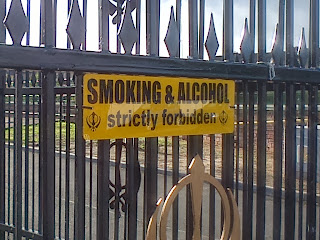 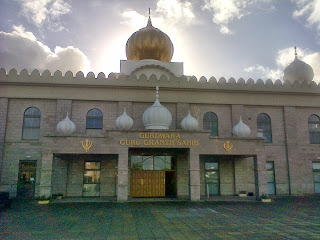