The Budd 3-part train that came through the post this week continues to delight me. 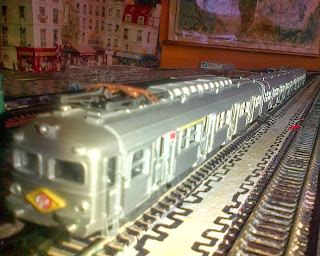 But, a few questions have begun to niggle me.

Firstly, on eBay the product was described as this:

And in one form of packaging it comes like this: 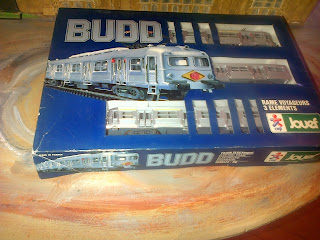 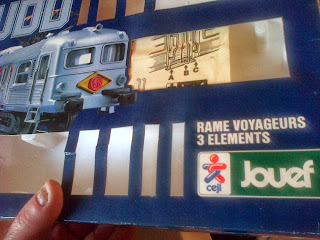 I noticed this word "RAME" cropping up and sometimes "RAME Inox" and wondered what they meant.

Google provided the answer: Inox is French for Stainless Steel ie inoxidable; and RAME is an acronym for reversible box ie the train is box-shape and symmetrical and can travel in either direction. I suppose that capability must have been a bit of a novelty when these trains were first introduced to France.

Secondly, what exactly did the American Budd corporation contribute to these trains? The French ones are certainly very similar in appearance to the ones you see in New York.

What all these trains have in common is a stainless steel body which is obviously "corrugated".

What I like about my new model is that it captures that corrugated effect. 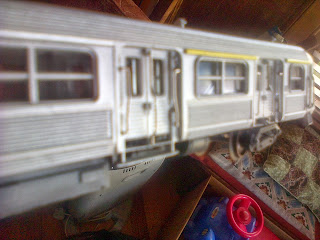 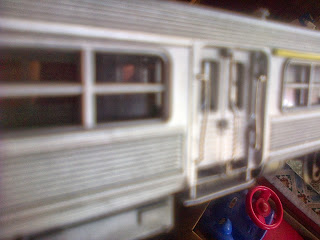 I think that Budd patented the process for manufacturing corrugated steel carriages and so the French trains were built in France under licence from Budd.

Budd's HQ is in Troy, Michigan.

Thirdly, is my model the same as the model I photographed leaving Paris last Autumn, on one of its very last journeys in service ?

No. My model is the earlier Z5100 whereas what I photographed was the later Z6100. Mistakenly, I've been eliding or maybe even conflating the Z5100 with the Z6100.

Not that I care too much, but my model, the Z5100 is of the right era for my layout ie late 1950s whereas the Z6100 didn't start working until a few years after that.

On the other hand, my model never seems to have seen the platforms of northern Paris (the location of my layout) whereas the later Z6100 most certainly did. Oh well, never mind.

Incidentally, whilst rifling through the web in search of answers to those questions I came across a picture of a Budd which looks as if it were made by someone other than Jouef.

The same mix as usual: 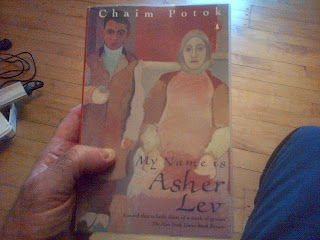 Cycled to Port Dundas in North Glasgow to collect some stuff.


I've always liked this piece of street art. It's on its last legs now (if you'll forgive the pun) but from the nearby motorway those silhouettes look like real people on their way up the hill.