Lashed out last night on eBay and purchased what seems to be an almost mint conditioned boxed set of the HO scale Jouef  "Les Petits Gris".

I've been daydreaming about this Parisian suburban train for months.

Indeed on a trip last year from Paris to Poitiers I took some photographs from the window of my speeding TGV (First Class, I'll let you know) as we approached Paris and there was what must have been one of the last of  Les Petits Gris coming out of Paris.

(After decades of service they have now been withdrawn and dispersed, one or two to transport museums and several to work on the Romanian railway system.)

They were either manufactured in the USA or built in France under licence from the Budd organisation.

Here is an excellent link to a newspaper article from December 2012 regarding their demise.

Periodically, I've been dipping into eBay and the world wide web in general,  looking for available models of the train - I think only Jouef ever made one. But what I found were either pretty clapped-out looking efforts or just one part of the train.

But, last night I came across this complete train for sale. 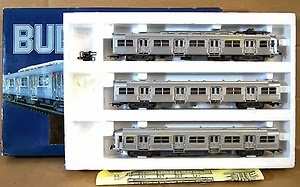 Other than a 20 euro purchase of a locomotive from a boot sale in France this Summer, I haven't purchased any rolling stock for at least 18 months. I had to strike while the iron was hot.


I must stop using the word "brilliant" so much. Reminds me of that character played by Paul Whitehouse in BBC's "The Fast Show" who spent his whole life exclaiming the pleasures of his everyday life with the word,  "BRILLIANT!!!!!!!"

Forgot to take a photograph but it was one of the best sweet and sour chickens I've had for years; from the Manchurian Chinese Restaurant in Partick, Glasgow. 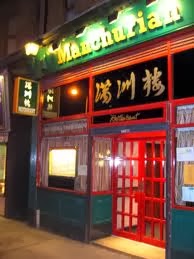 And, what's more, I cycled there in the rain to collect it! 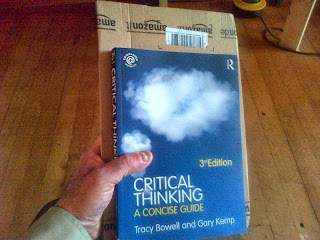 Which I ordered from Amazon last night and it arrived at noon today.

It's the other recommended book for my philosophy course.

I'd been avoiding buying it because the discipline of formal logic I find to be a strange mixture of the vapid and the bloody difficult.

However, I'm beginning to see the value of gaining some analytical tools to propagate my main interest, the mind-body problem.

Cycled along the Clyde this afternoon and saw the "Waverly". I believe it's the last sea-going paddle steamer in the world. 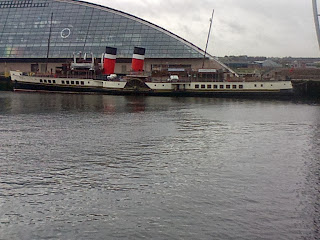 Hanging on the wall of our lounge is a painting of same by local artist, Paul Kennedy. 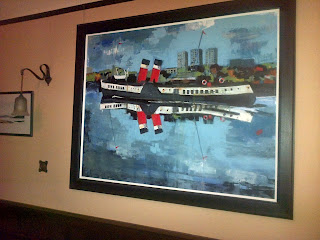